An Enamelled Silver and Wooden Frame by Carl Fabergé 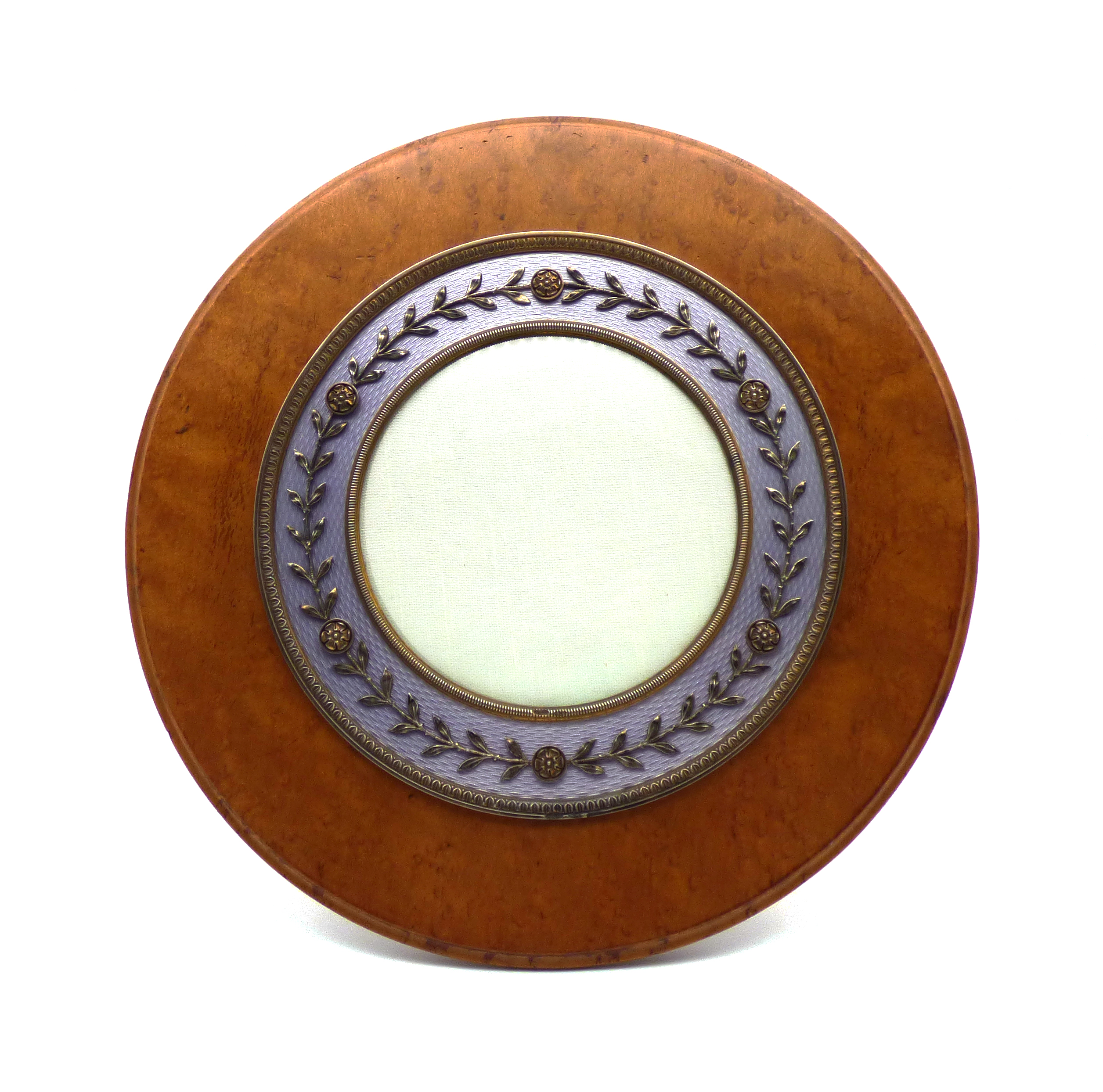 A great figure of America’s Gilded Age, James Hill (1838-1916) was one of the wealthiest and most powerful industrialists of the late Nineteenth and early Twentieth centuries. He was best-known as the builder of the Great Northern Railway (now the Burlington Northern Santa Fe) and was involved with banking, agriculture, copper and iron-ore mining, and the timber and milling industries in the Northwest. Mr. Hill came to St. Paul at age seventeen from Ontario and soon established himself in the shipping business on the Mississippi and Red rivers. He married Mary T. Mehegan in 1867 and had ten children. At the time of his death in 1916,  Hill had amassed a personal fortune of $63 million, plus $200 million in related assets.

F Scott Fitzgerald mentioned Hill in his seminal novel The Great Gatsby, where he wrote that Mr Gatz (Gatsby’s father) likened his son to Hill, saying he would have “helped build up this country” if he had survived.