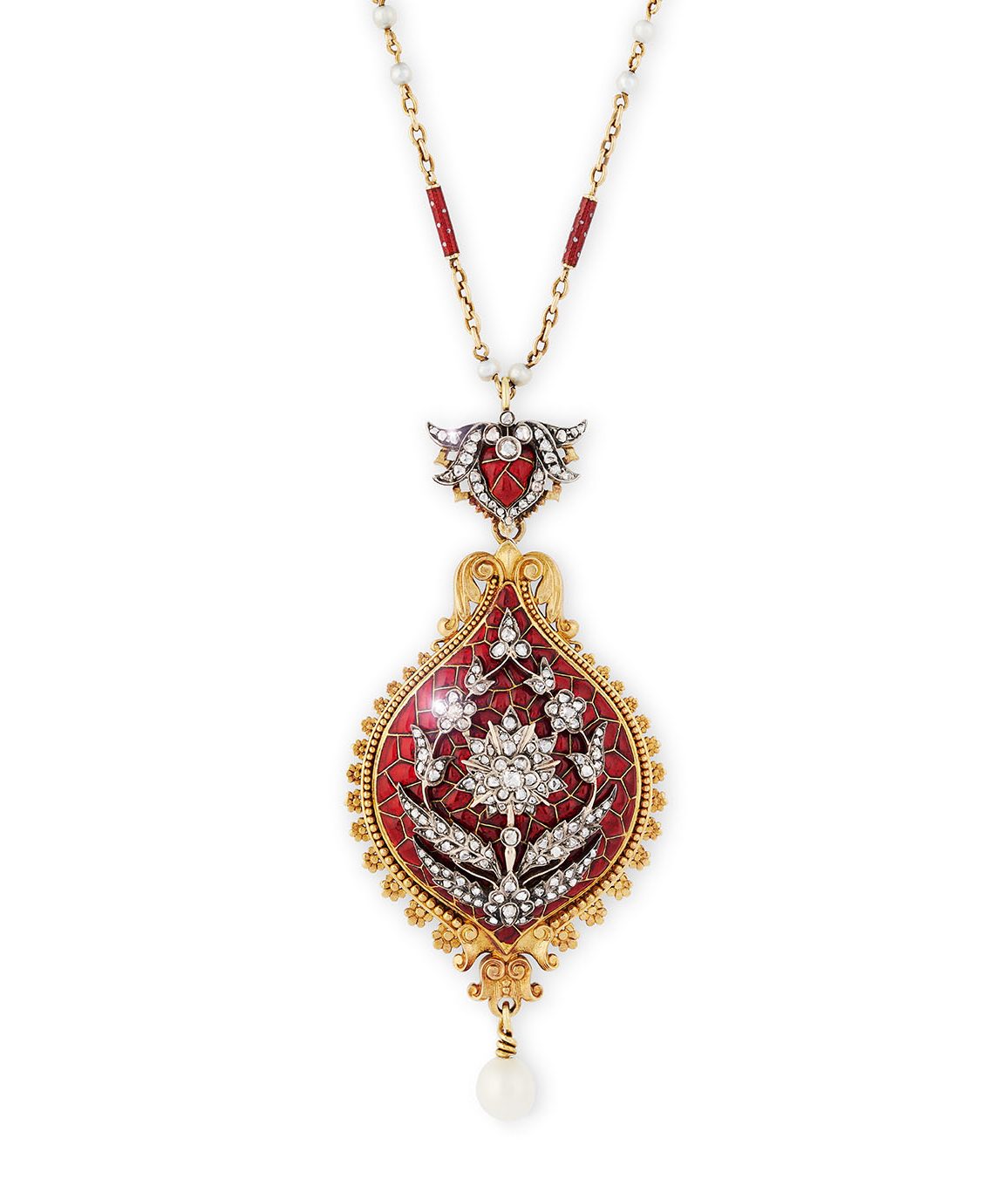 of pointed elliptical form, the gold surface decorated with cloisons filled with vivid red translucent cabochonné enamel over gold paillons, applied with a diamond-set stylized floral and foliate motif in the Mughal taste, the whole bordered with graduated gold beading and florets, surmounted with a similarly decorated ornament  of abstracted triangular form and suspended with a pearl.

The reverse of the jewel is decorated with opaque turquoise counter-enamel and fitted with a glazed compartment to contain a memento. 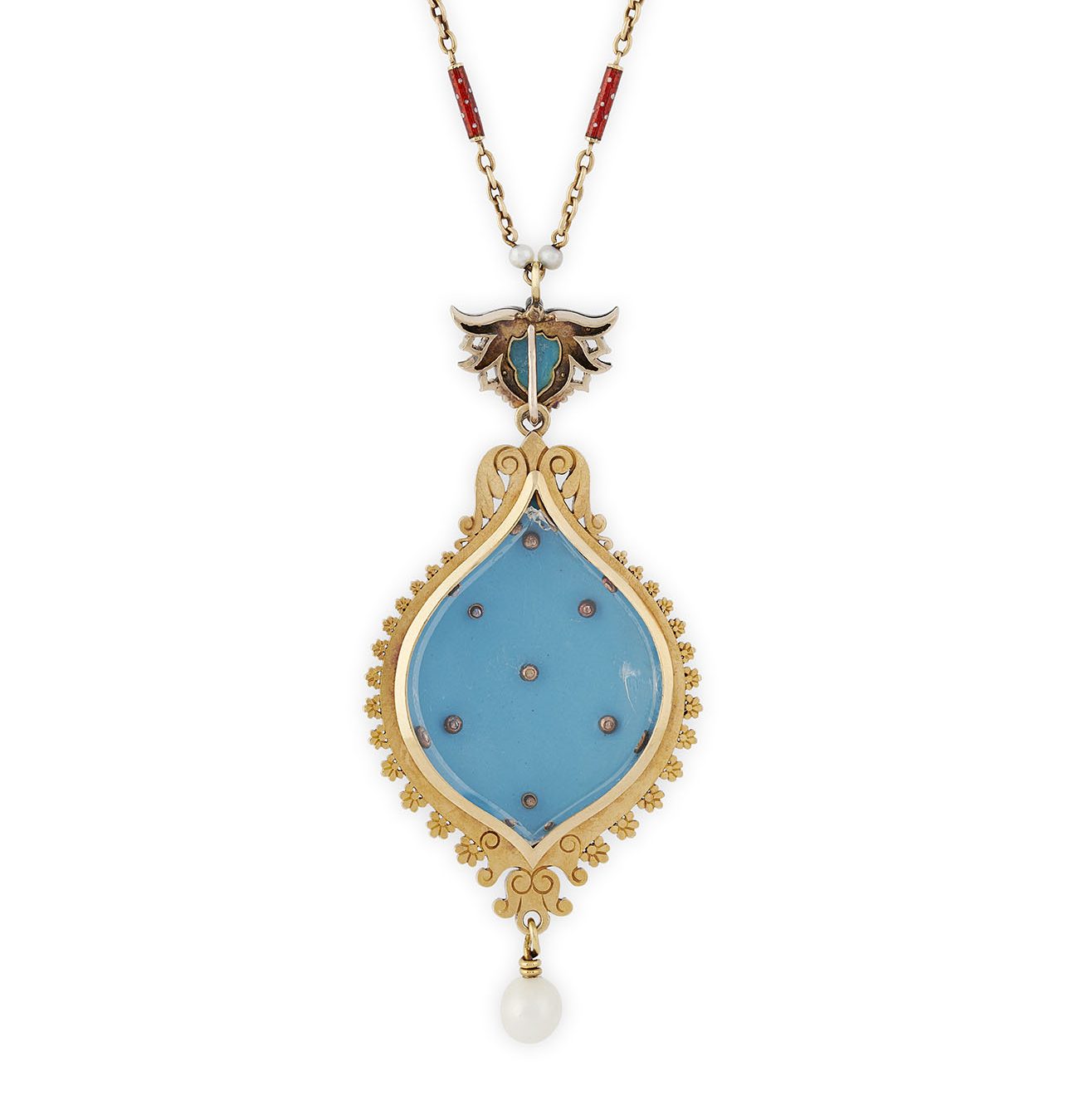 Illustrated in Falize A Dynasty of Jewellers by Katherine Purcell, (Thames and Hudson, 1999), p. 223.

The use of translucent  ‘cabochonné’ enamel, in which the surface of the enamel has been raised to form a dome or ‘cabochon’, is a feature of Alexis and Lucien Falize’s works in enamel. This is customarily used as an enhancing device amongst other enamels on a flatter plane, and is annotated in various designs (dated 1875 to 1887) as ‘bosses’, to highlight the petals of flowers, for example. To date, only one other known work has come to light entirely decorated in this fashion and the result is extraordinarily striking, light reflecting on every aspect of its surface. The richness of the effect is heightened by the unusually lavish use of diamonds applied to the surface of the jewel.

While the elliptical form of the jewel, and its combination of scarlet red with gold beaded work in the mount are characteristically Indian in flavour, the style of the diamond-set floral motif harks back not only to Mughal but also to Persian art; many talented Persian artists migrated to India during the period of the Mughal Empire, attracted by the considerable patronage offered there. The strengthening of these cultural bonds led to a sharing of literary and linguistic traditions as well as artistic styles and motifs, as demonstrated in the stylized diamond-set ornamentation of this pendant.