An Enamelled Gold and Gem-set Necklace by Lucien Hirtz 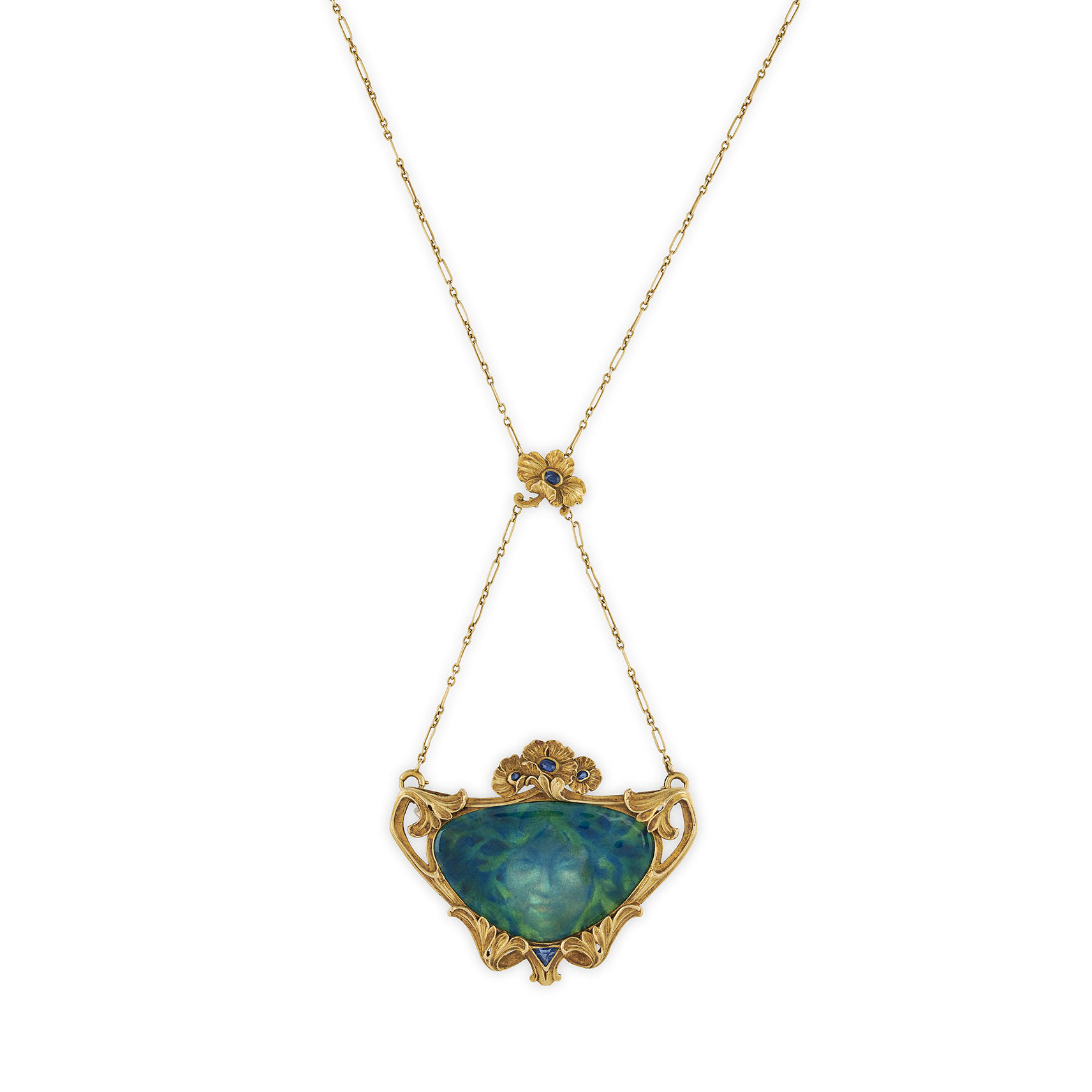 centred with a shaped triangular enamelled copper panel depicting the elusive face of a woman amongst foliage, framed in an openwork gold mount surmounted by three chased gold flowers centred with sapphires, suspended from its original chain ornamented with a similar flower at its apex.

Signed ‘L.Hirtz’ on the counter enamel. 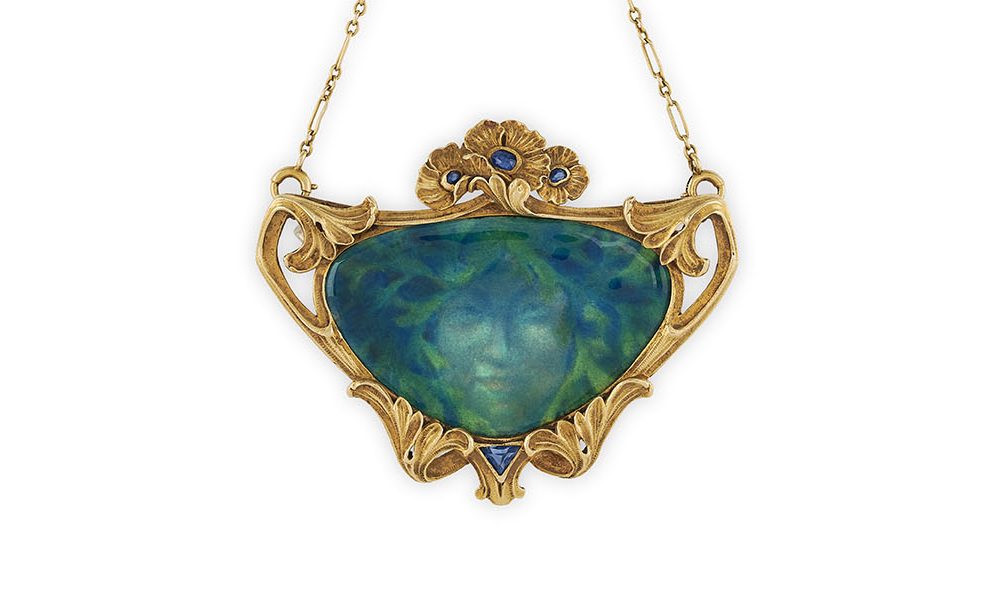 The depiction of female faces in such a uniquely ethereal and haunting fashion was a characteristic of Lucien Hirtz’s enamelled works, particularly during 1906 and 1907 when he exhibited such examples at the Salon National des Beaux-Arts.  Inspired by the works of the symbolist artist Lucien Levy-Dhurmer and his pastels in particular, he featured single or multiple faces both in his enamelled jewellery and decorative panels, bearing such evocative titles as  ‘Sirène’.

Lucien Hirtz  (1864-1928) began his career with the firm  of Falize as a jewellery designer, and it was his contact with the talented craftsmen employed there that enabled him to learn the technique of enamelling. He contributed to a number of pieces displayed by Bapst et Falize at the Exposition Universelle of 1889 and was subsequently employed by Frédéric Boucheron as a designer and enameller in 1893.

Nevertheless he exhibited under his own name at the Salon from 1896 to 1914. The exceptional quality of his enamels, combining a richness of colour with a rare iridescence (achieved through the addition of paillons), made him a celebrated and sought after technician, often eclipsing his skill as a designer.

The jewels he created for Boucheron’s display at the 1925 Exposition des Arts Décoratifs et Industriels in 1925 remain some of the most iconic examples of that era, defining his immense contribution as a colourist in the vibrant quality of his palette. Examples of his works form part of the permanent collections of many museums including the Musée d’Orsay, which owns a number of Hirtz’s enamels including the panel ‘Gaité’ originally purchased by the Musée du Luxembourg at the Salon of 1906.