An Enamelled Gold and Gem-set Necklace by Lucien Falize 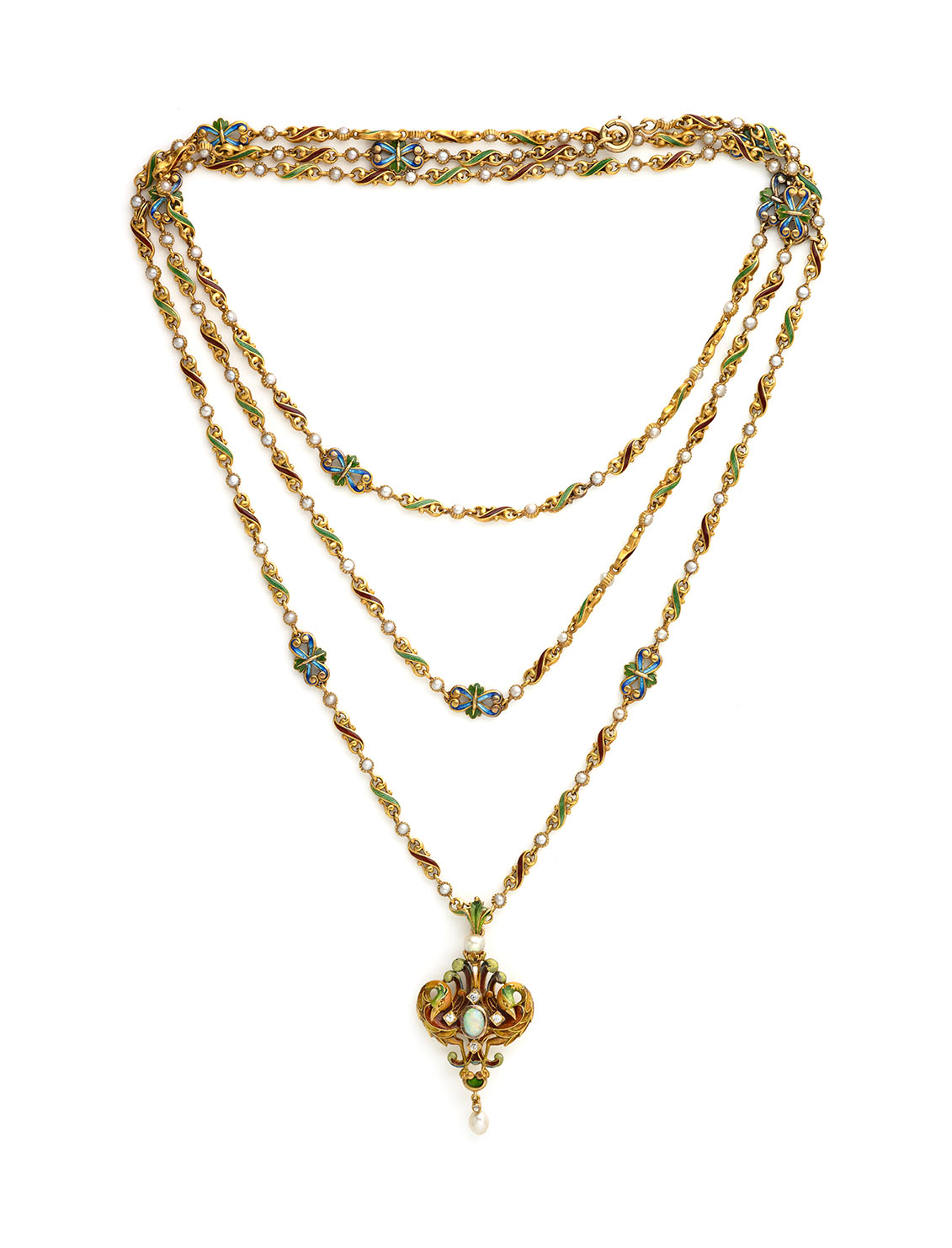 the chainwork composed of alternating green and red enamelled scrolled motifs alternating with pearls, a further ten foiled blue enamelled plaques embelleshing the sautoir fitted with bolt rings enabling it to be worn as a single or double row, the whole suspended with a gem set and enamelled pendant in the Renaissance taste centred with an opal, set with four diamonds in lozenge shaped settings and flanked by two birds bearing vivid yellow and orange plumage and green enamelled crests, surmounted and suspended with a pearl.

The original tooled leather box bears the initials ‘JP’ on the lid, which according to family tradition belong to Jenny Pereire, grand-daughter of Emile Pereire, and a gift upon her marriage in 1901. Stylistically the necklace appears to have been created some twenty years earlier and it is likely originally to have been a gift to her cousin Jeanne Pereire, daughter of Emile’s brother Isaac, for her wedding to Eduardo Philipson in 1881.

When Jeanne’s father died in 1880, his widow Fanny had commissioned a bracelet from Lucien Falize commemorating her late husband Isaac decorated with blue and yellow enamels representing the family colours. Emile (1800-1875) and Isaac Pereire (1806-1880) were highly successful financiers and property developers who built and ran the first railway lines in France.

Both were enthusiastic patrons of the arts and their hôtel particulier was hung with paintings by Ingres, Fragonard, Botticelli, Rembrandt and Vermeer. Both brothers and their descendants were customers of Lucien Falize and their respective sons Henry and Gustave became his friends. Lucien Falize introduced Henry to Auguste Rodin and Gustave, with whom he was particularly close, was a near-daily visitor to the firm’s premises in the rue d’Antin.