An Enamelled Gold and Diamond set Pendant by Froment-Meurice 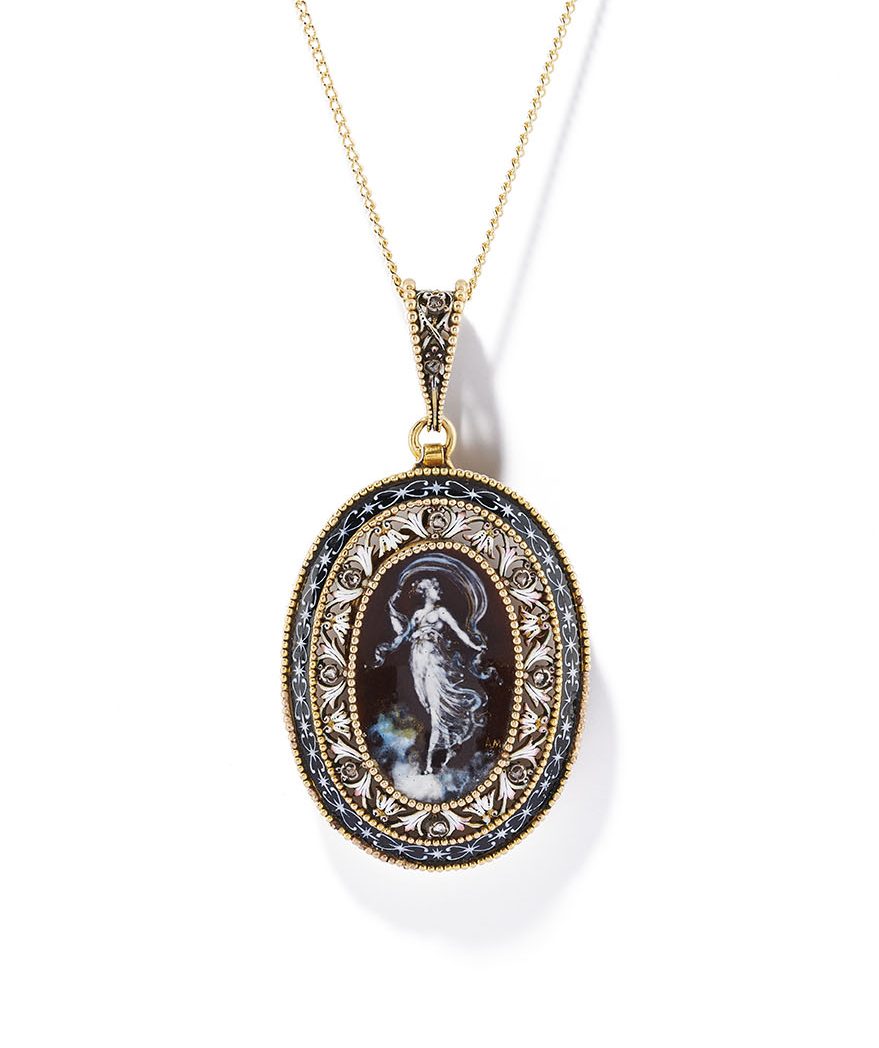 Signed on the outer edge with the poinçon FM in a horizontal lozenge registered by Emile Froment-Meurice in 1866.

The painted enamel depicts a Classical female figure with a floating tunic and veil above her head akin to a Pompeiian fresco from the Villa of Cicero featuring a dancing Maenad, now housed in the Naples National Archaeological Museum.

Signed AM in gold paint on its surface.

Emile Froment-Meurice (1837-1913) was trained in the workshop of his father François-Désiré after his early death in 1855. He won a gold medal at the Paris Exposition Universelle of 1867 for his jewellery in the Renaissance taste and his sumptuous goldsmith’s work. He continued to participate in further Expositions of 1878, 1889 when he was awarded a Grand Prix for his goldsmith’s work, and in 1900 another for his jewellery.

Alfred Meyer (1832-1904) was one of the first enamellers to revive the Limoges style of painted enamel in the nineteenth century. A scientist as well as an artist, his research in fusible colours culminated in the development of a dark brown enamelled ground applied on copper. He contributed enamelled plaques to works by Baugrand and Boucheron in 1867; Falize, Vever and Robert Phillips were also to make use of his talent.

A pendant by Emile Froment-Meurice centred with an enamel painting by Alfred Meyer formed part of the ‘Pariser Schmuck’ exhibition held at the Bayerisches Nationalmuseum in Munich,
1st December 1989-4th March 1990, catalogue no. 32, reproduced p.112 in the catalogue.