An Enamelled and Gem-set Pendant by Phillips of Cockspur Street 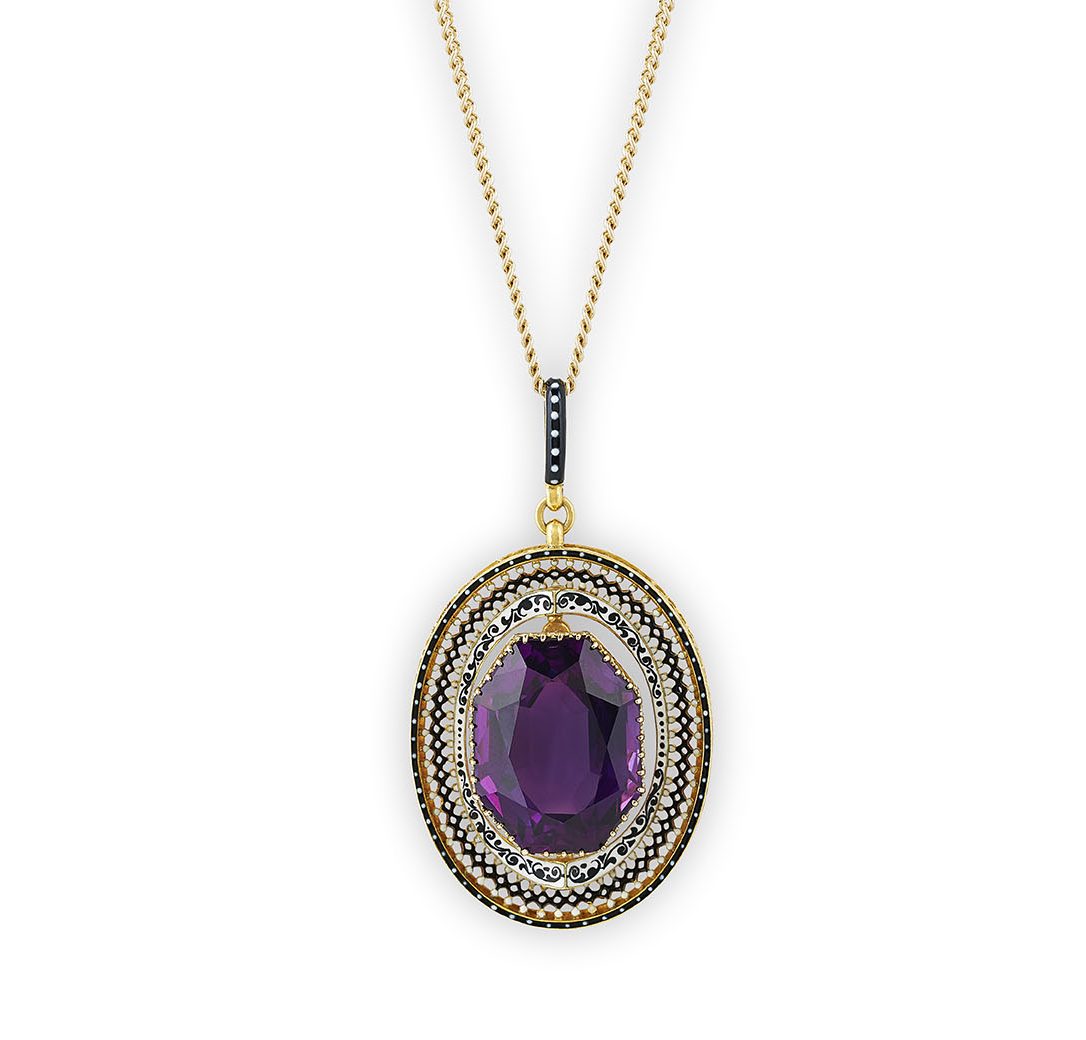 the finely pierced oval yellow gold pendant enamelled opaque black and white in the renaissance taste and centered by a richly colored octagonal amethyst, suspended from an enamelled loop.

Phillips Brothers and Son, also  known as Phillips of Cockspur Street, were a London based firm of the late 19th Century. They were well known for their jewels in the Classical and Renaissance tastes. One of their most famous commissions was a suite of jewels made for Lady Layard incorporating ancient Mesopotamian seals found by her husband during archaeological excavations (now in the British Museum).