An Enamel and Gem-set Easter Egg Pendant by Alexander Tillander, 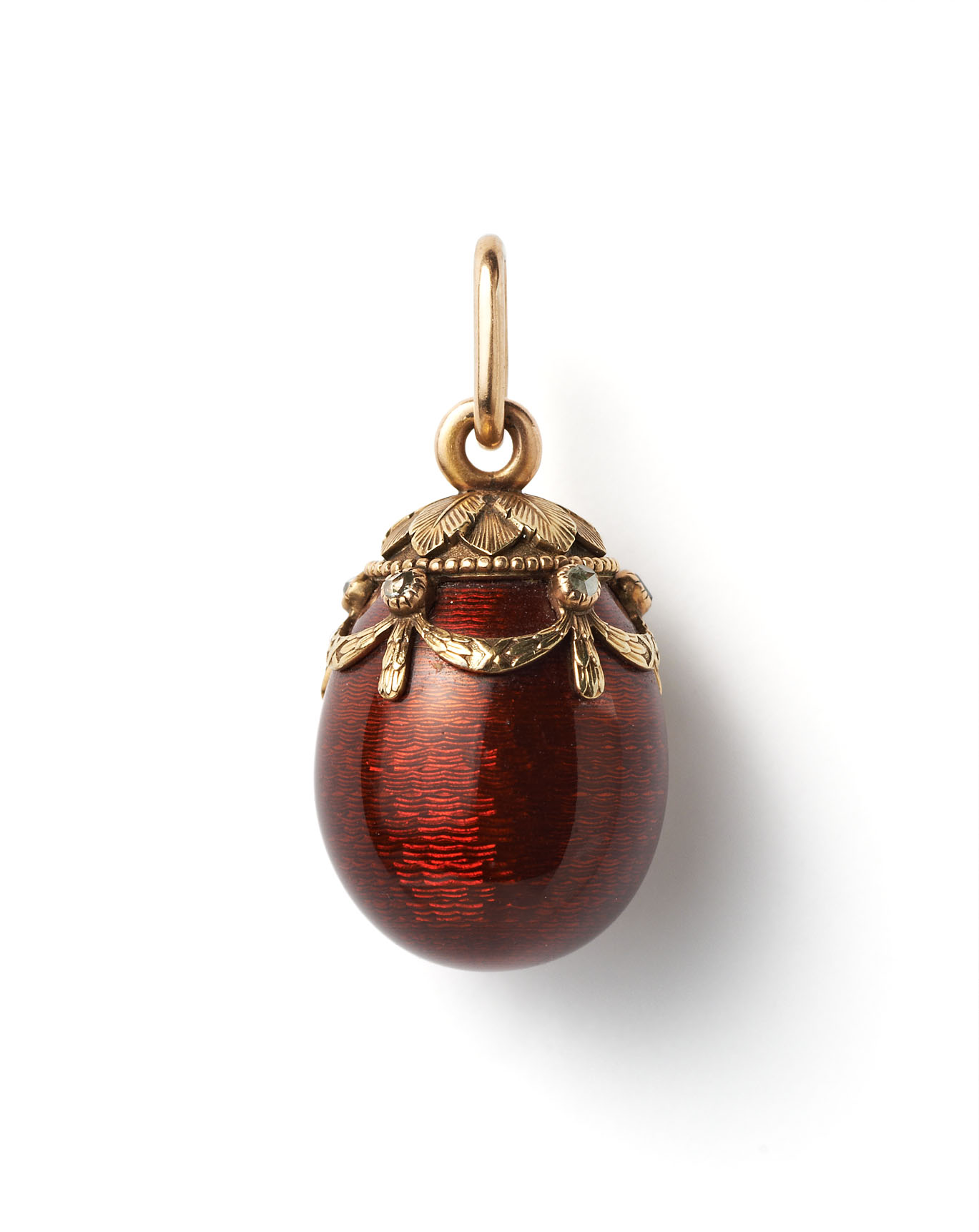 Signed: ‘AT’ for Alexander Tillander

Alexander Tillander (1837-1918) worked for the Imperial goldsmith Carl Becks after completing his apprenticeship, choosing to establish his own business in St Petersburg at the age of twenty three in 1860.

The company crafted jewels during the 1870s and 1880s in the prevailing fashion of the period, the Classical revival, adopting techniques such as granulation and wirework. In the early 1890s Tillander’s son, Alexander Tillander Jr, joined the business. He brought a wealth of experience from Paris, where he had worked for jewellers and stone merchants, establishing a thriving trade on his return in the export of Demantoid garnets (a Russian gemstone) .

With the popularity of the Louis XVI taste in the Russian Imperial Court, Tillander started to produce works decorated with guilloché enamels, gold garlands, wreaths and ribbons. He was a contemporary of Carl Fabergé and also became a goldsmith to the Imperial Court, completing commissions for Imperial presentation boxes and jewels.

The revolution lead to the closure of the St Petersburg shop in 1917. Tillander’s son moved to Helsinki, where the firm was re-established in 1918.