An emerald and diamond ring 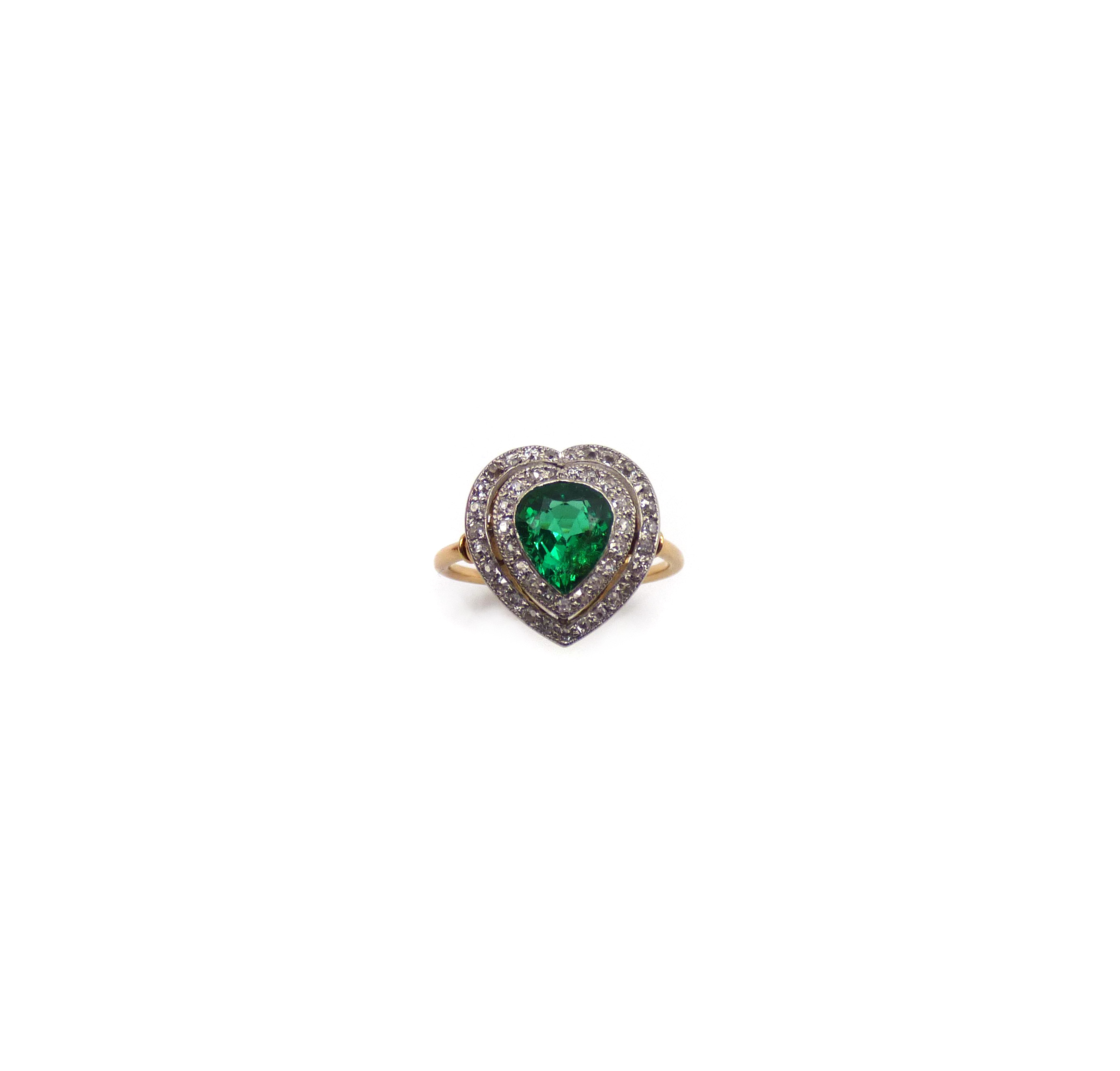 formed as a heart centred by a Russian emerald within tiers of rose diamonds, set in silver and mounted on an open-work scrolled yellow gold gallery, the band also in yellow gold . 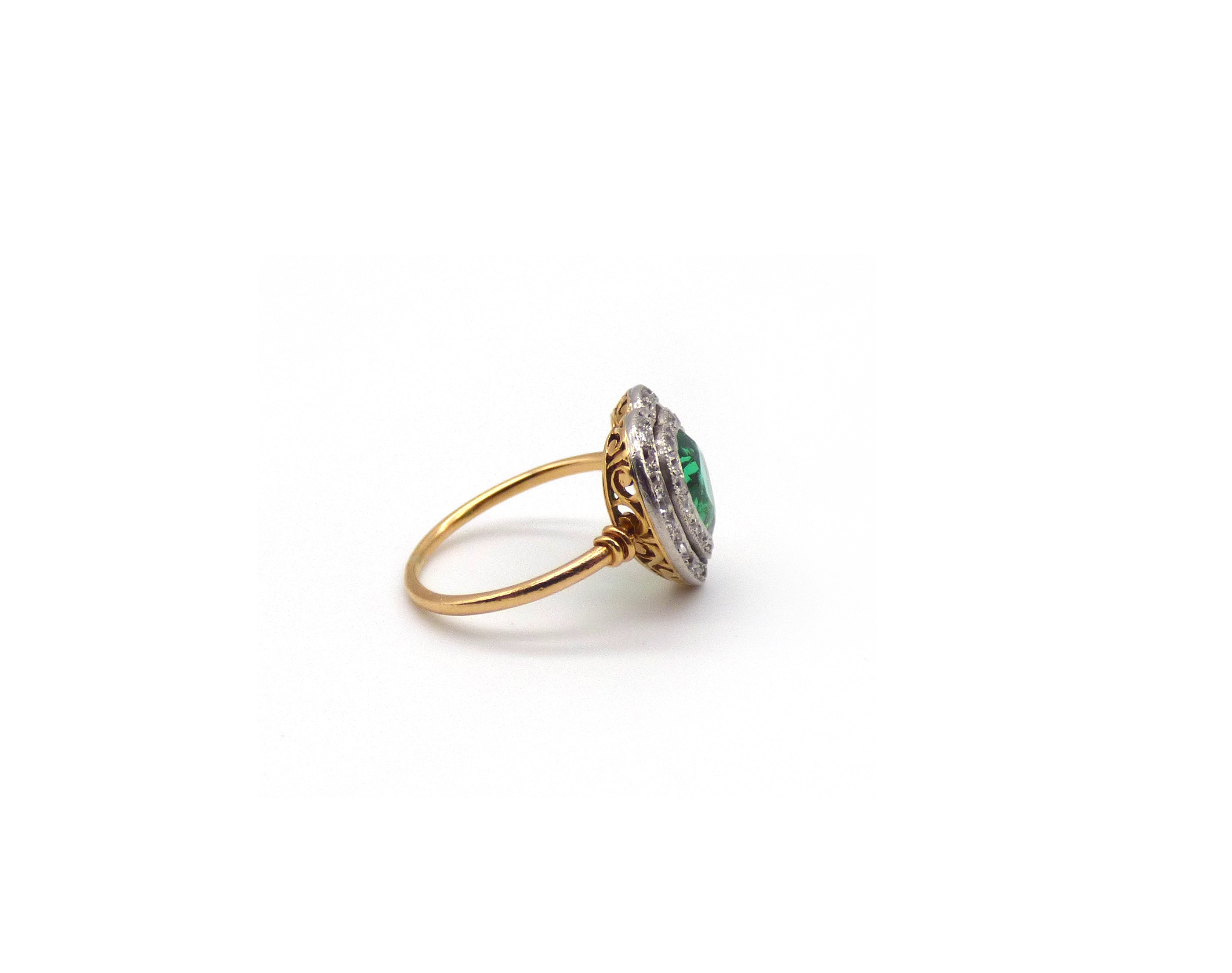 Russia became an important source of emerald following the discovery in 1830 of the famous emerald-alexandrite-phenakite deposits in the Tokovaya River area around Malysheva. Emeralds were reportedly first found in the area in December 1830 by a peasant charcoal-burner, Maxim Kozhevnikov, on the banks of the Tokovaya River, near the present location of the village of Izmurud (Emerald), which lies just south of Malysheva. In the exposed roots of a toppled tree, Kozhevnikov found a number of green stones in weathered mica schist, which he took to the Royal Lapidary Factory in Yekaterinburg. Systematic government prospecting was immediately initiated and the first “official” emerald find was made on 23 January 1831.

What is known today as the Malysheva deposit was discovered in 1833, with mining commencing there in 1834. It was originally named Mariinskoje, in honor of Maria, the daughter of Tsar Nicholas I. Mining continued until the mid 1850s, when underground water was encountered. Work by artisanal miners continued sporadically from the 1860s. In 1899, the Malysheva deposit was leased to an Anglo-French company, New Emerald Mines of the Urals, which worked the deposits until the outbreak of the World War I in 1914. According to Schwarz et al. (2002), the Malysheva mine was at this time the largest producer of emeralds in the world.

Following the October 1917 Bolshevik Revolution, the emerald deposits were nationalized in 1919 and taken over by the Soviet Government’s Precious Stones Trust in 1923. The Mariinskoje Mine re-opened in 1924. It was renamed Malysheva in 1926 to honor a Bolshevik revolutionary hero, Ivan Mikhailovich Malyshev, who was killed in 1918 defending an armored train from a White Russian Army cavalry attack.