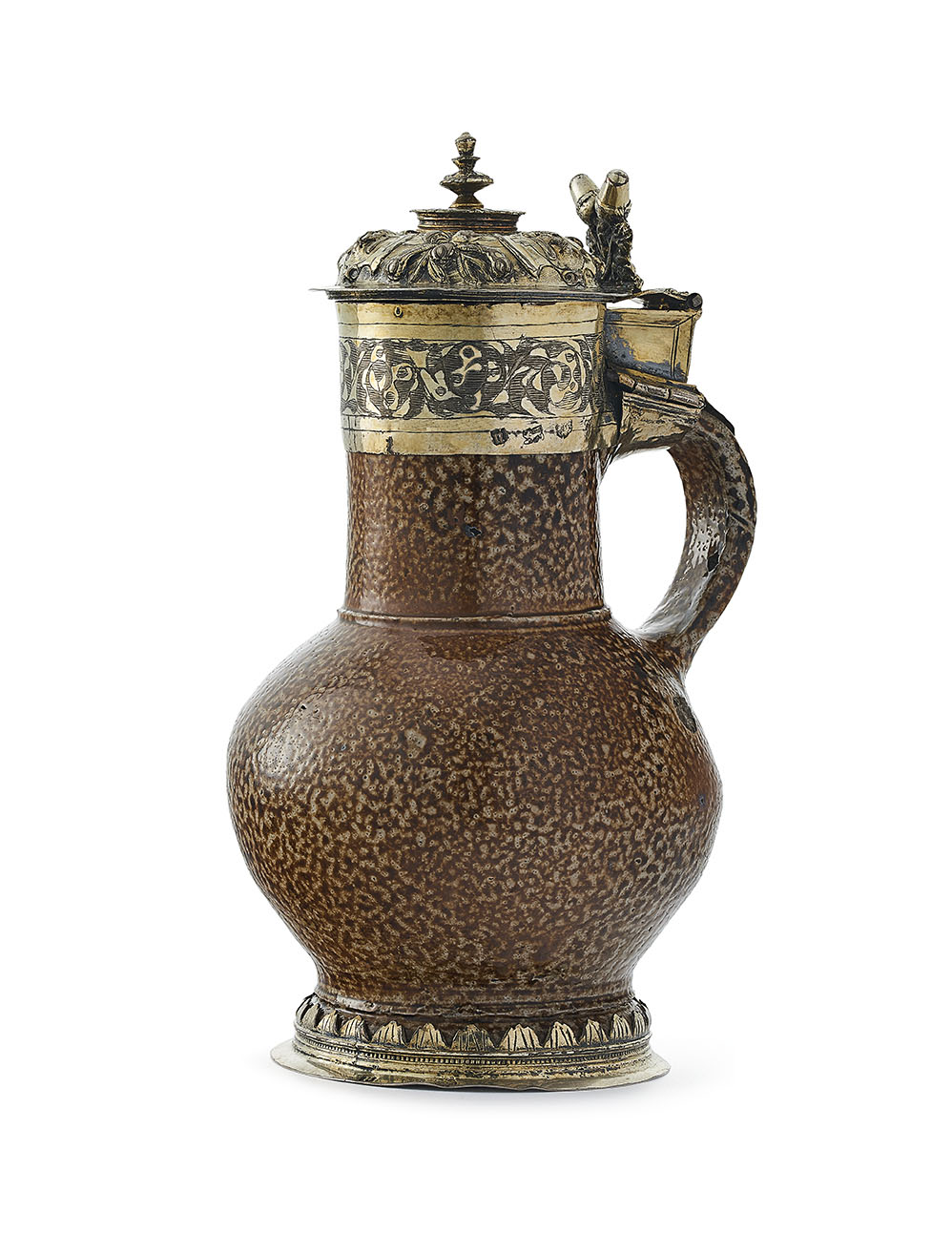 the stoneware pot of bulbous form with a ridged collar leading into a cylindrical neck decorated in a brown mottled glaze with a pulled handle, mounted with a fire gilded silver collar with engraved scrolling design, the lid decorated with repoussé fruits and floral motifs alternating between stylised lion heads within cartouches, centred with an ornate finial, the thumpiece in the form of two intertwined acorns, the foot mounted with a gilded silver rim.

During the English Renaissance, it was important that objects used for dining and drinking took elegant and refined forms which conformed to the latest fashions. As these articles were used during feasts and gatherings, they were a sign of their owner’s wealth and social standing. For this reason, a silver mounted tankard would have been among the more prized objects in a household.

Silver mounted stoneware tankards were listed in the royal inventory taken in 1547 after the death of King Henry VIII. The inventory of Hardwick Hall of 1601 lists ‘eight stone Juges trimmed with silver and guilt.”