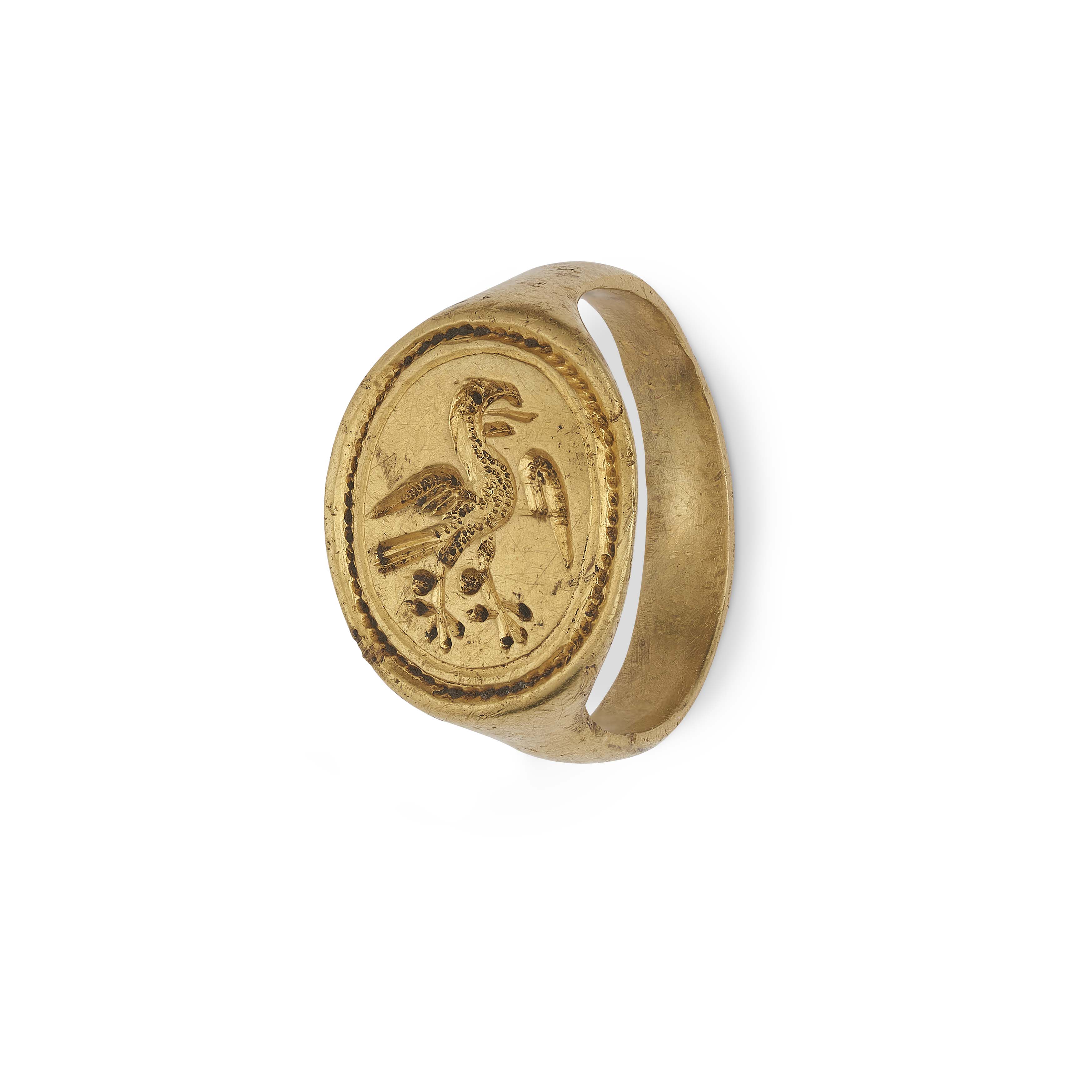 yellow gold, the oval bezel engraved with a seal depicting a hawk, its facing right, with beak open and tongue protruding, the wings outstretched possibly in flight with a hawking bell to each leg, with in a ropetwist border, gently tapering shoulders to the shank

This ring was found by a metal detectorist in Smallburgh, Norfolk, in March 2017. It was declared treasure and recorded under treasure number 2017 T134, it is entered on the Portable Antiquities Scheme database as NMS-C3A6EF.

The crest is probably that of the Throckmorton family.

A similar ring, bearing the Throckmorton coat of arms, owned by Sir Nicholas Throckmorton (approx. 1560-1643) is held in the Victoria and Albert Museum (collection number 808-1871). Sir Nicholas Throckmorton came from a colourful family much involved with the court. His paternal grandfather, Sir George Throckmorton, was related through his wife to Catherine Parr, Henry VIII’s last wife. His father, also Sir Nicholas, (1515-1571) was a staunch Protestant, who was cleared by a jury of treason under Mary I. He was then entrusted with high-level diplomatic missions to France and Scotland under Elizabeth I. The sister of the younger Sir Nicholas (the owner of the ring) married the navigator and author Sir Walter Raleigh (1552-1618).