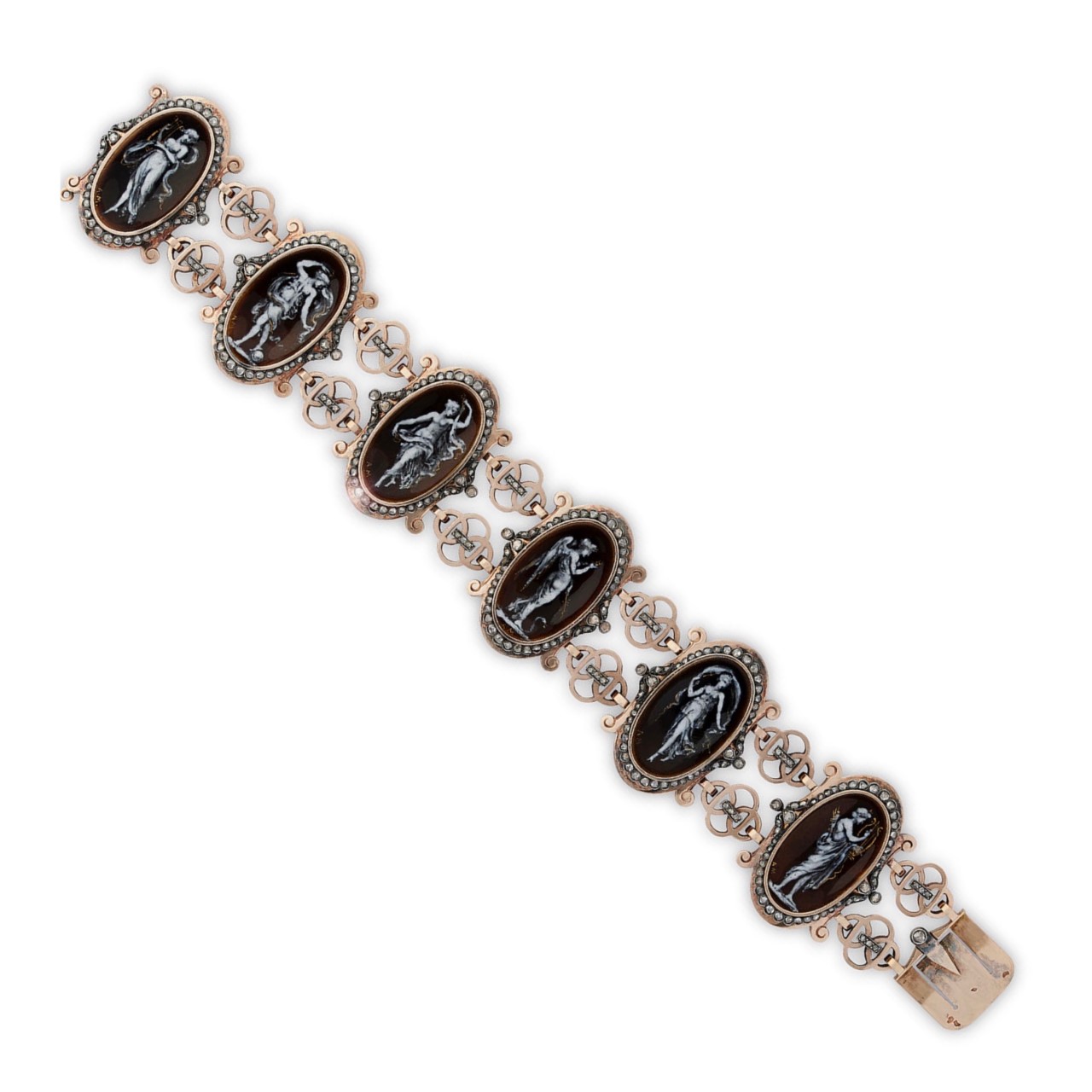 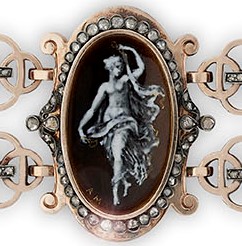 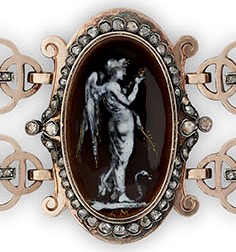 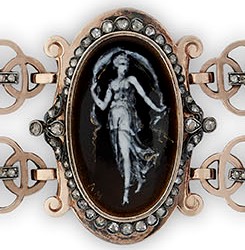 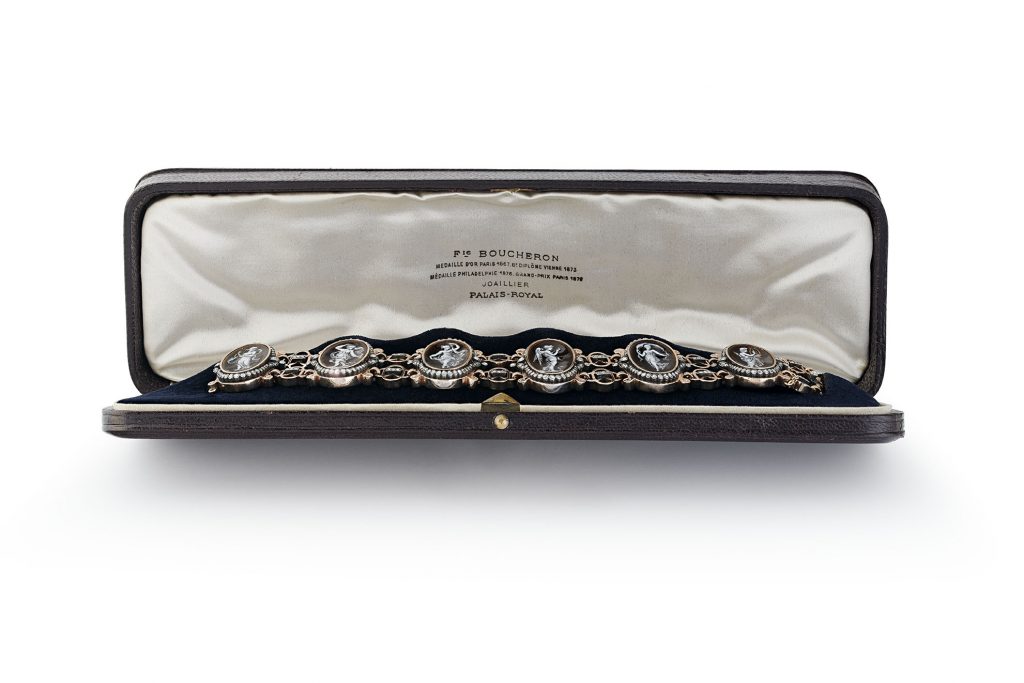 By the time this jewel was created, Frédéric Boucheron’s premises occupied four arcades in the fashionable Palais-Royal, beginning with just one in 1858. Awarded a gold medal at the Exposition Universelle of 1867, he went on to win one of the three prestigious Grand Prix at the Exposition of 1878.

Frédéric Boucheron’s talent lay in identifying and attracting craftsmen and designers who embraced new materials and experimented with daring and innovative compositions. He was scrupulous in acknowledging them by name in his display, earning their loyalty for decades.  The jewellers and goldsmiths he employed were freelance as well as in-house specialists.

The bracelet bears the poinçon of Louis Rouvillois who counted amongst the freelance jewellers such as Alfred Menu, Georges Le Saché, and Eugène Fontenay to supply Frédéric Boucheron with works for his retail premises.

Another such jewel created by him for Boucheron, in the form of a double sided carved sapphire scarab and made in 1878, forms part of the collection of the Musée des Arts Décoratifs. (inv. 28869B)

The plaques composing the bracelet are decorated by one of the most skilled painters in enamel of the 19th century, Alfred Meyer (1832-1904), and demonstrate his characteristic palette of white motif against a brown background. Auguste Meyer had already begun experimenting with Limoges-style enamels when he joined the Manufacture de Sèvres as a decorator of porcelain in 1859. By combining translucent enamels over paillons on a copper ground, he created shimmering decorative plaques much in demand by Parisian jewellers who incorporated  them in their creations throughout the 1870’s and 1880’s.

Works by Gustave Baugrand as well as Boucheron displayed at the Exposition Universelle of 1867 featured his historical portraits or allegorical themes. Emile Froment-Meurice, Henri Vever, Alphonse Fouquet and Robert Phillips also sought his talents.  A number of works by Falize incorporated his enamels, including a celebrated ‘Gaston Phoebus’ bracelet commissioned by the Prince de Béarn and exhibited at the Exposition Universelle of 1878; so too a necklace apparently bearing the same provenance, dated 1887, presently in the Museum für Angewandte Kunst, Koln.

A vinaigrette by Falize centred with an exquisite plaque by Meyer forms part of the collection of the Ashmolean Museum, Oxford, while an enamelled portrait of Benvenuto Celllini, incorporated in a book cover, is one of four works by Meyer contained in the celebrated enamel collection of the Musée des Beaux-Arts of Limoges (inv.2006.16.1).

This jewel was made during one of the most flourishing periods in Frédéric Boucheron’s career, just a few years before the Exposition Universelle of 1889 where he would win another Grand Prix and be awarded the Légion d’Honneur.