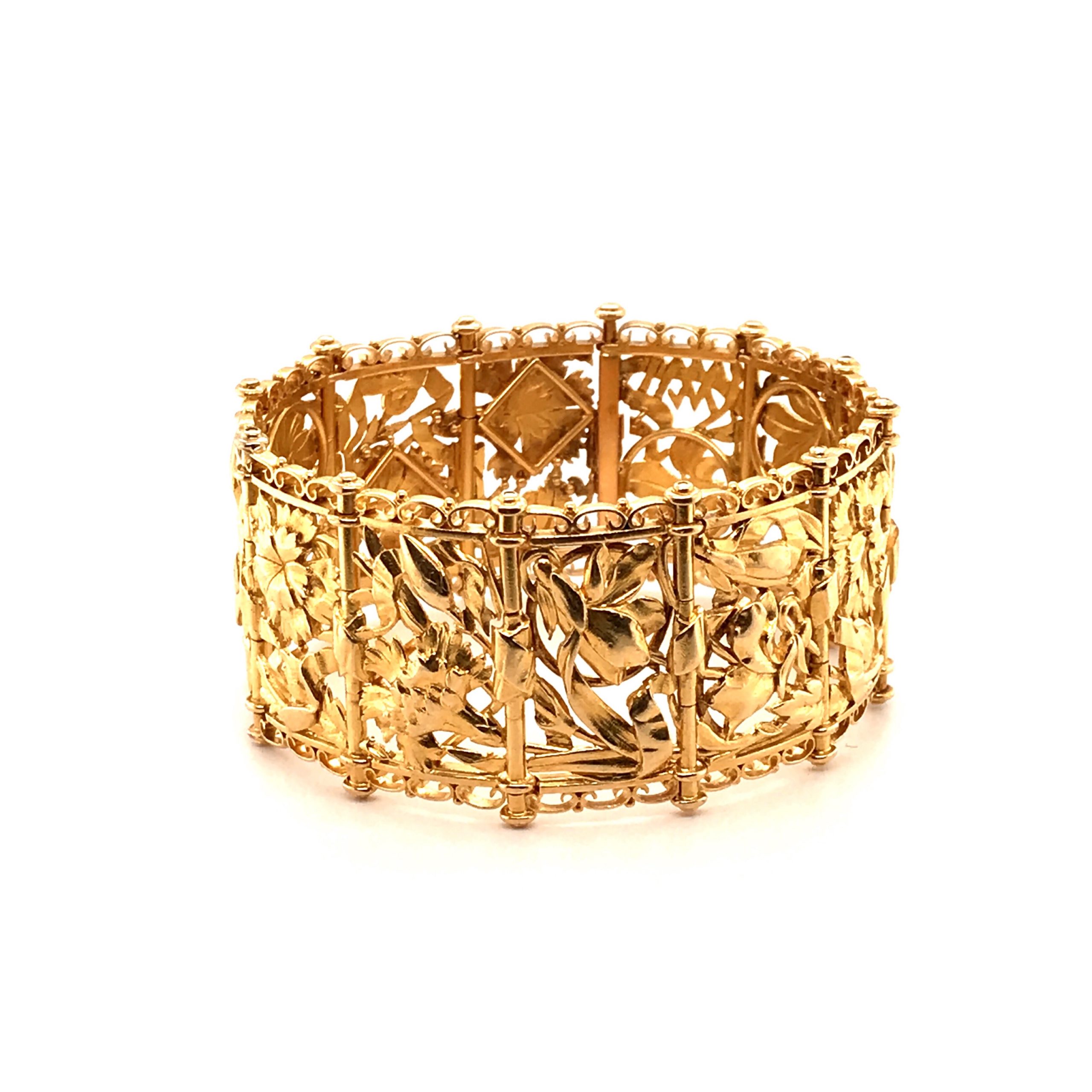 composed of twelve hinged sections, each representing a chased and engraved flower meticulously observed and selected for its symbolic significance, including a carnation emblematic of faithfulness, a daisy of innocence, a sweetpea of yearning, and a pansy translating as ‘pensée’, signifying ‘remember the giver’.

Long credited amongst the most significant precursors of the Art Nouveau movement, Lucien Falize was one of the first nineteenth century designers to incorporate plants and even vegetable motifs into his work as decorative devices. This particular jewel demonstrates his scrupulous attention to every detail, even in the concealed reverse of the bracelet in which every floral and foliate element is engraved.

The popularity for such bracelets evidently endured since a photograph of the Falize Frères display at the Salon de la Société des Artistes Français held in Paris in 1901 reveals a comparable bracelet consisting of sixteen hinged rectangular panels. Each contains a flower head and foliage arranged separately and alternately in each panel.

An entire article devoted to ‘Falize’s exhibit of Artistic Bracelets’ was published in The Jeweler’s Circular and Horological Review, New York, 20th December 1893 and 3rd January 1894.