An Art Deco Citrine and Diamond Pendant by Georges Fouquet 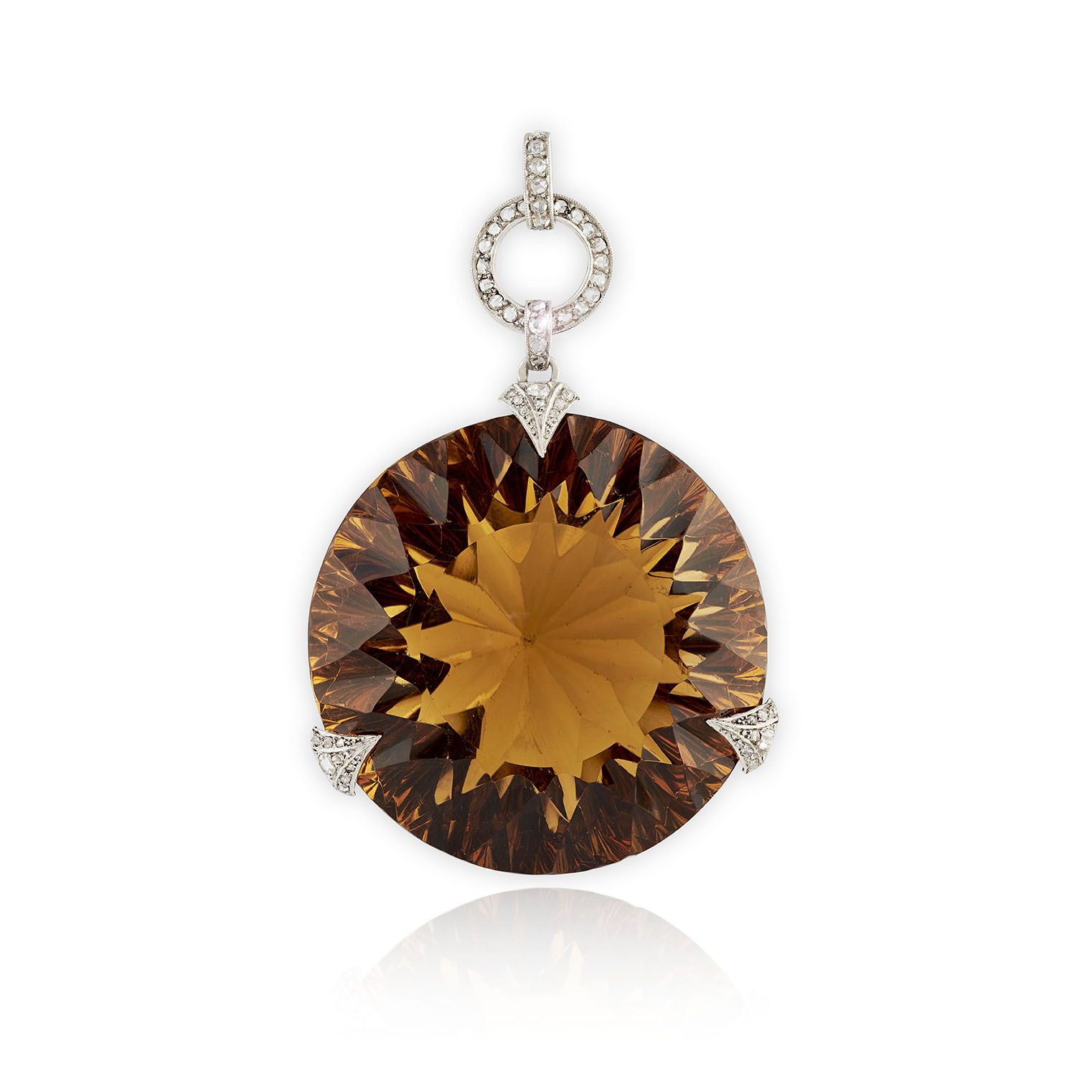 Georges Fouquet (1862-1957) was the son of Alphonse Fouquet (1828-1911), the second generation of an important Parisian jewellery firm. He is known as an outstanding exponent of both the Art Nouveau and Art Deco styles.

Fouquet began working for his father in 1880 and took over the business in 1895. He exhibited his first work in the Art Nouveau style at the Salon of 1898 and the following year started to collaborate with the designer Charles Desrosiers.

Fouquet is famous for the jewels he created in collaboration with the Czech born painter and graphic designer Alphonse Mucha. It is believed they were introduced when the actress Sarah Bernhardt approached Fouquet to make a bracelet after a design by Mucha, for her role as Cleopatra. It sparked a partnership which would result in a dazzling display of jewels at the Paris World Exposition of 1900, for which Fouquet won a gold medal. In 1901, Fouquet’s showroom was redesigned in its entirety by Mucha. It is widely considered as one of the great masterpieces of the Belle Epoque (now preserved in the Musée Carnavalet in Paris).

As fashions changed, so too did Fouquet’s work, who embraced the burgeoning Art Moderne style which followed the First World War. He enjoyed large, theatrical gemstones and often prioritised colour over the intrinsic value of the material, partnering semi-precious stones with diamonds and platinum. The tradition of collaborating with notable artists and architects of the period continued, as Fouquet worked with Eric Bagge, André Léveille and the poster designer Cassandre. In 1925, Georges presided over the jewellery exhibits which were shown at the Exposition Internationale des Arts Décoratifs. As President, he encouraged the exhibitors to present “only pieces of genuine originality, drawing on new sources of inspiration.”

It was during the exposition of 1925 that Georges’s son Jean Fouquet (1899-1961) was to present his first series of jewels. It was under Jean’s leadership that the firm would go on to create further important works of art in the Art Moderne style. Jean wrote in Bijoux et Orfèvrerie of 1931 that “a jewel should consist of pieces visible from afar; miniatures are loathsome.”