An Archaeological Style Brooch by Castellani 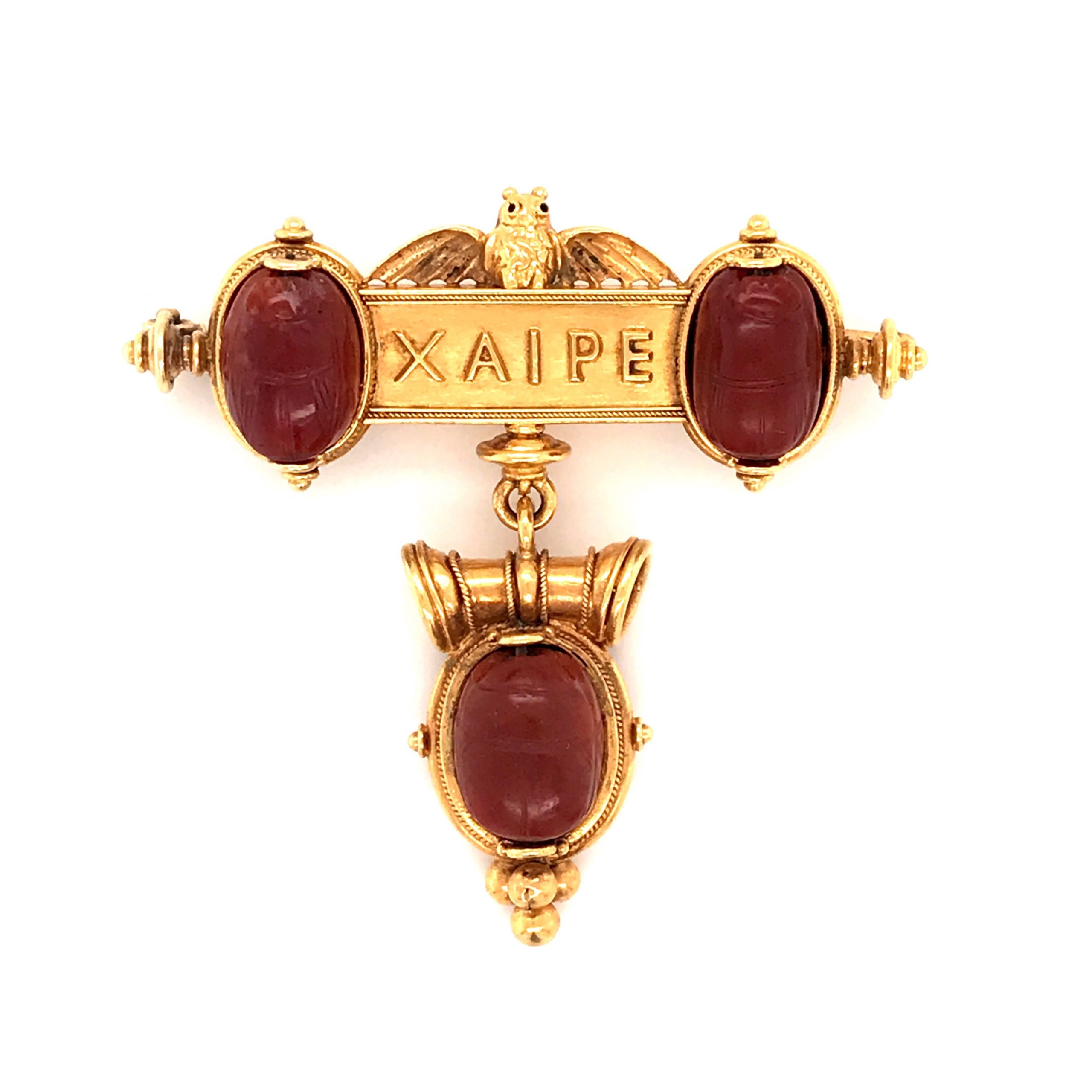 in yellow gold, comprising of a bar terminating on either side with a carved carnelian scarab within twisted wirework borders with turned gold finials, centred with the Greek motto ‘XAIPE’ (rejoice) applied in gold, topped with a stylised seated owl with outstretched wings, suspending a further carnelian scarab mounted like an ancient bulla with beading and twisted wirework.

A closely comparable brooch can be found in the collection of jewels left by Alfredo Castellani to the Museo Nazionale Etrusco housed in the Villa Giulia in Rome and is illustrated on page 47 of Castellani and Italian Archaeological Jewelry by Susan Soros et al.

The style of the engravings on the reverse of each scarab can be described as ‘globolo,’ the images having been constructed through a series of circular impressions made into the stone. This technique is very much associated with the scarabs of Ancient Etruria and may suggest these three gems are ancient and date to the 4th Century BCE, mounted by Castellani in the 19th Century.

The gems appear to depict a centaur, two standing deer and a warrior.