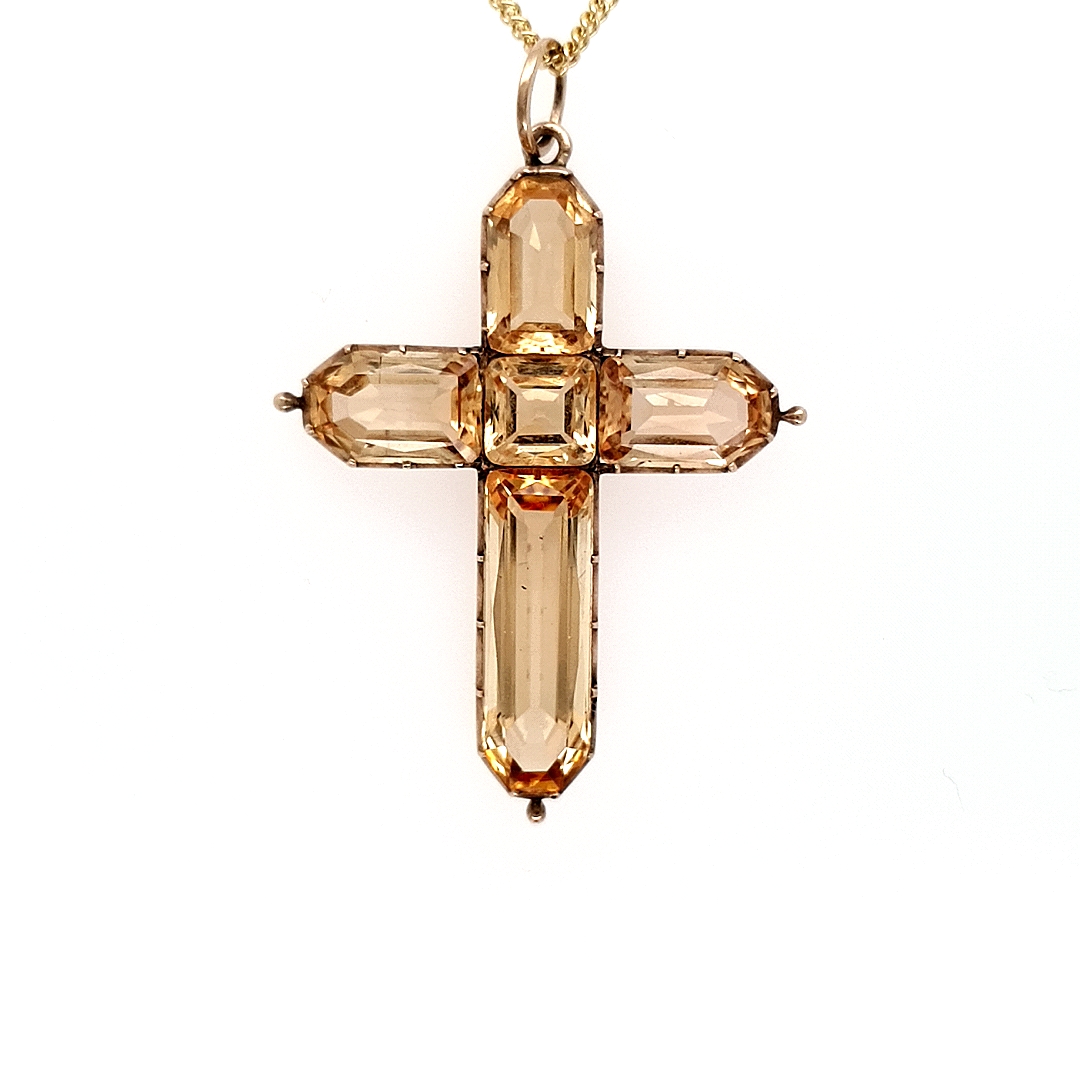 each arm formed from an elongated fancy cut golden coloured topaz with a square cut to the centre, all mounted in open collet settings in yellow gold.

Length (from top of loop): 5cm