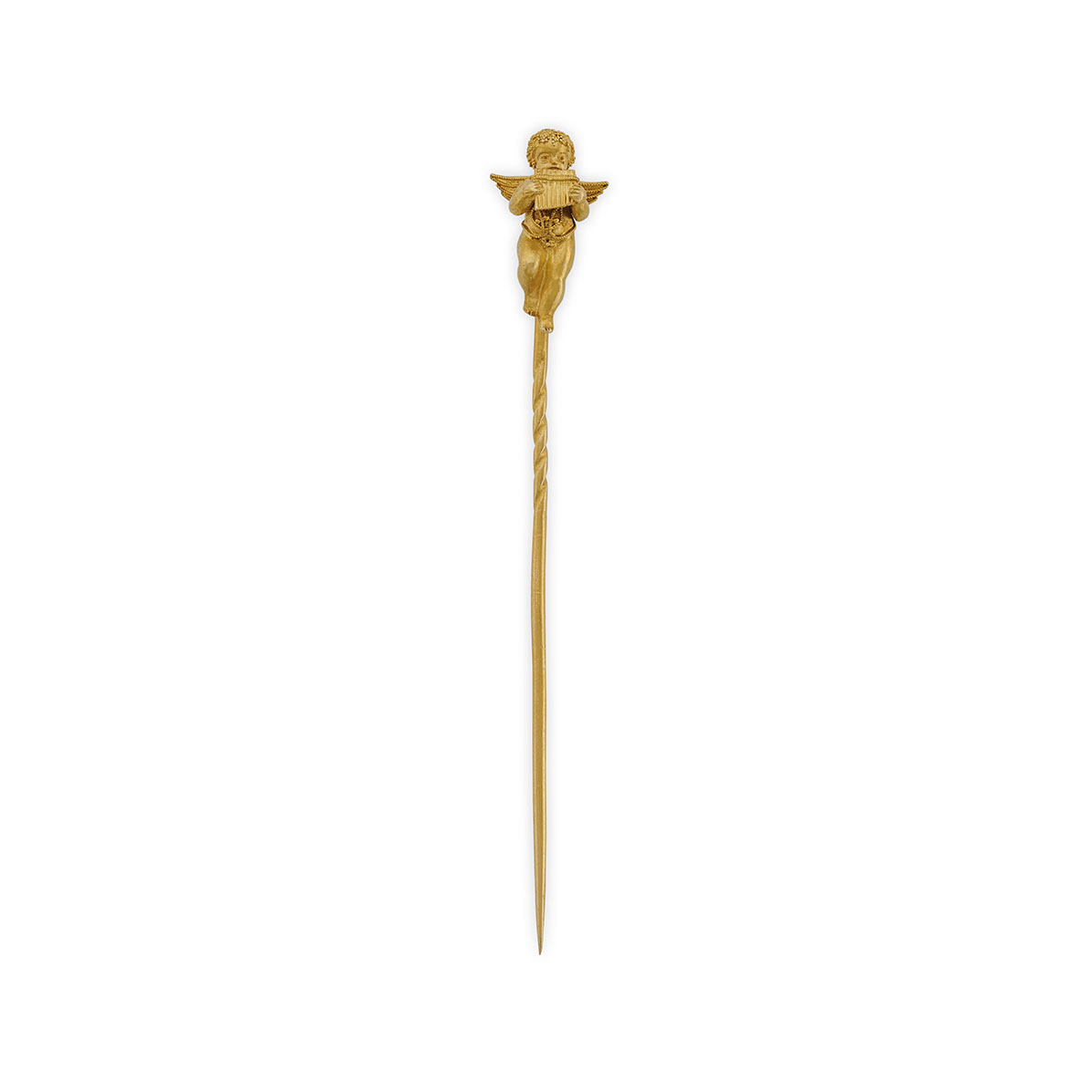 topped with the figure of Cupid playing a set on panpipes in yellow gold, his hair decorated with fine granulation, his wings outlined with twisted wire work.

Giacinto Melillo (1846-1915) took over the management of Alessandro Castellani’s workshop in Naples in 1870. Clearly a prodigious student, at the age of nineteen Melillo had directed a goldsmithing school and by the age of twenty four he was running a workshop. Between 1870 and 1900, he exhibited his work at fifteen international exhibitions, winning gold medals at five of them. Melillo was known for his reproductions of Hellenistic and ancient Roman jewellery, as well as his mastery of Classical goldsmithing techniques.

Examples of his work can be found in the collections of the Victoria and Albert Museum, The British Museum, The Museum of Fine Art in Boston and the Walters Art Museum in Baltimore.