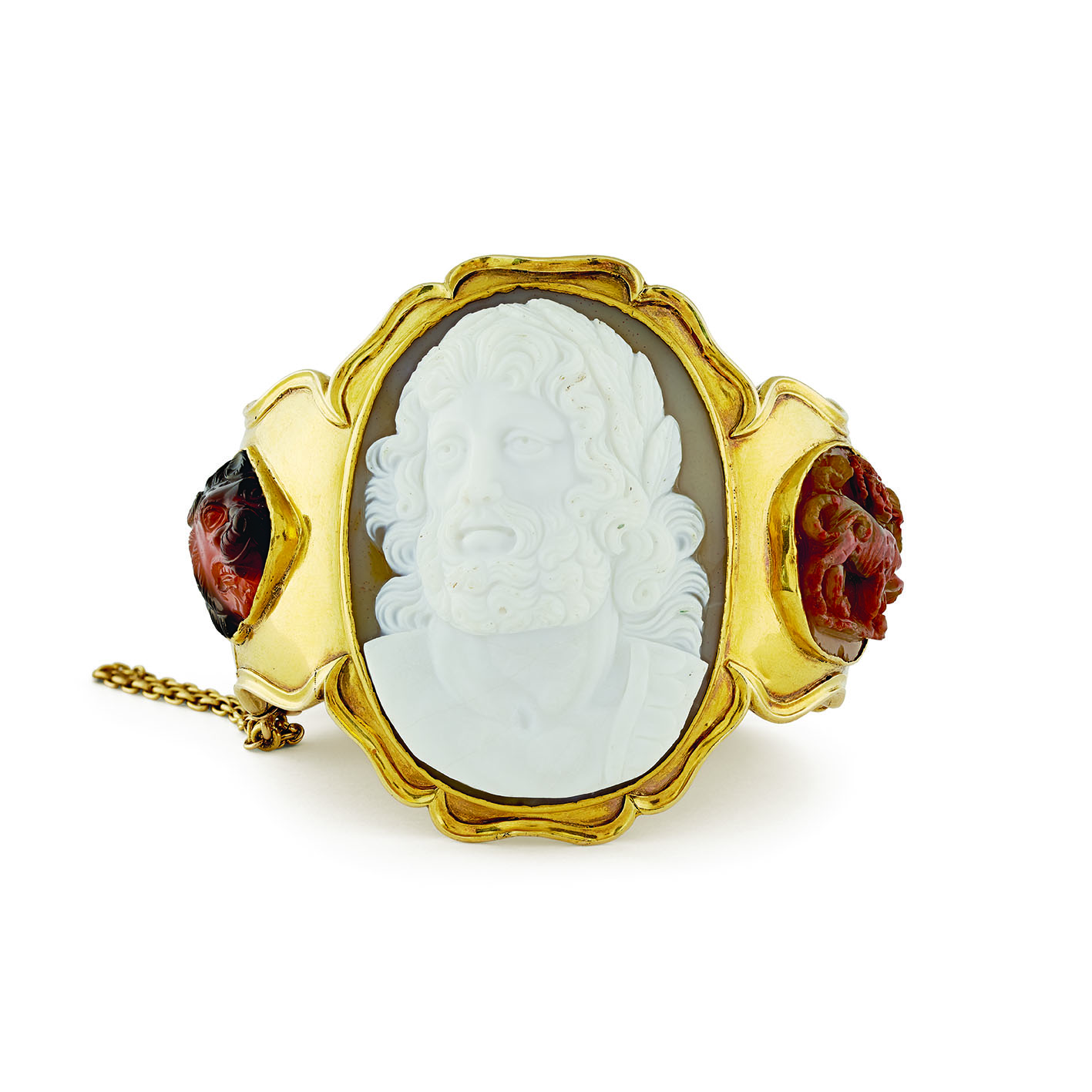 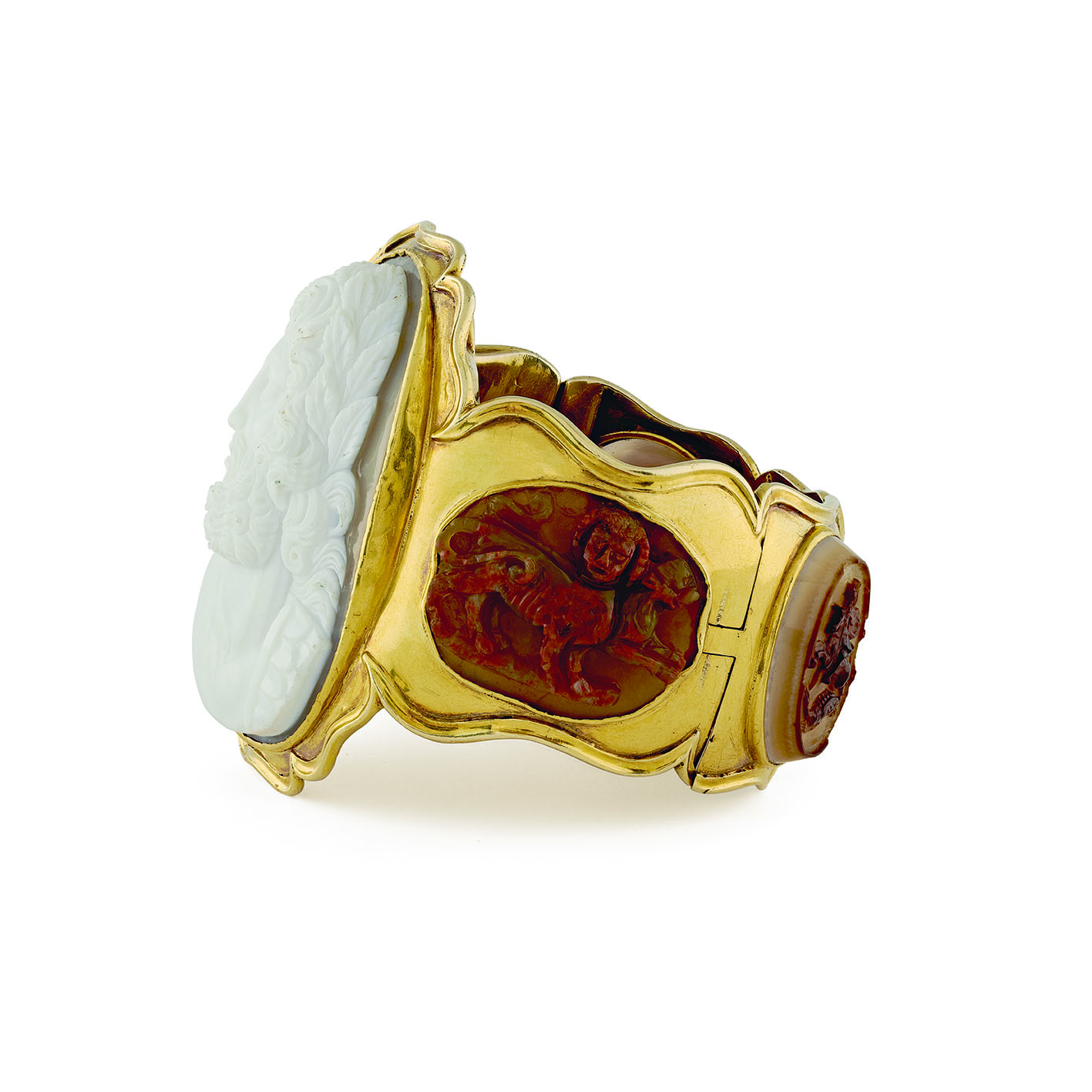 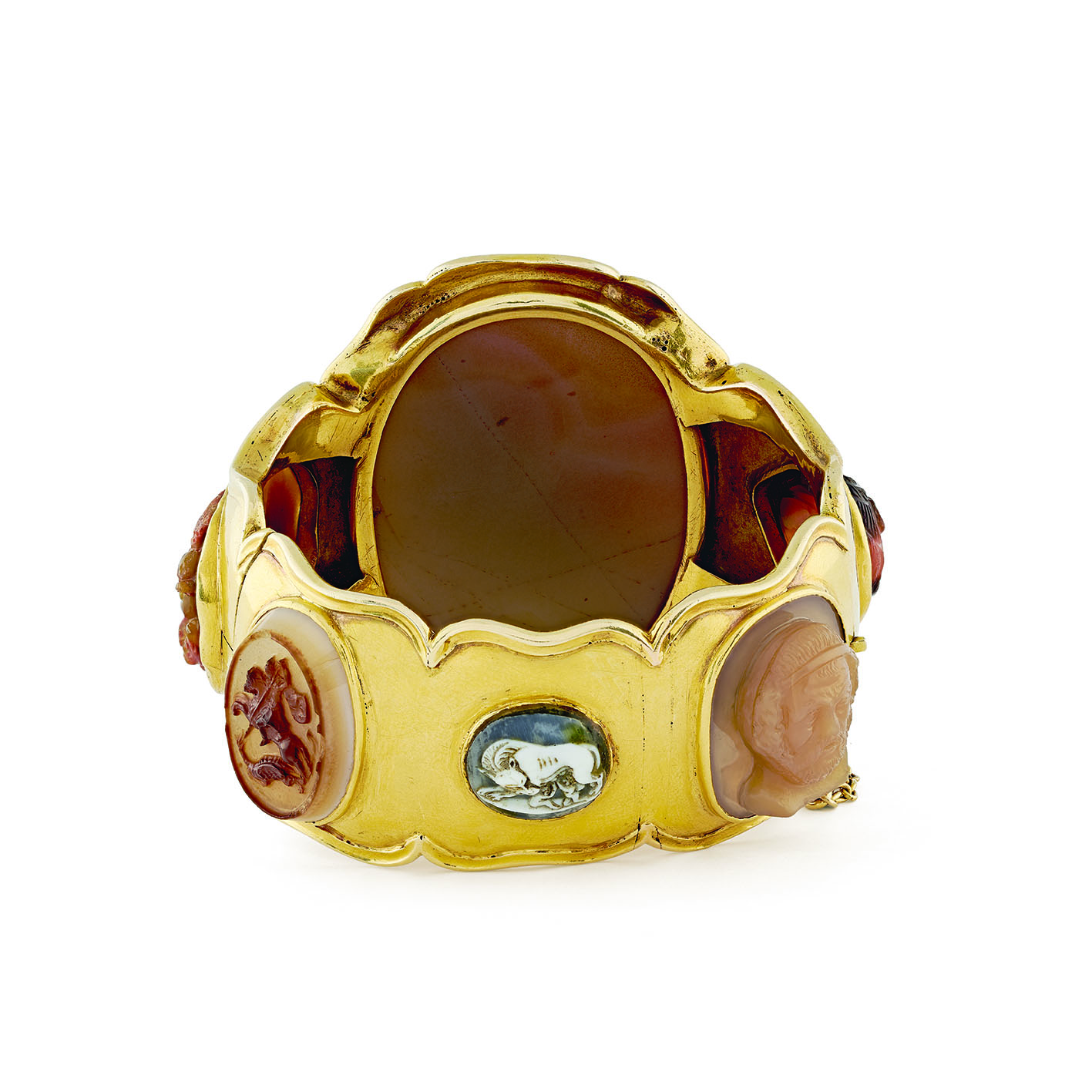 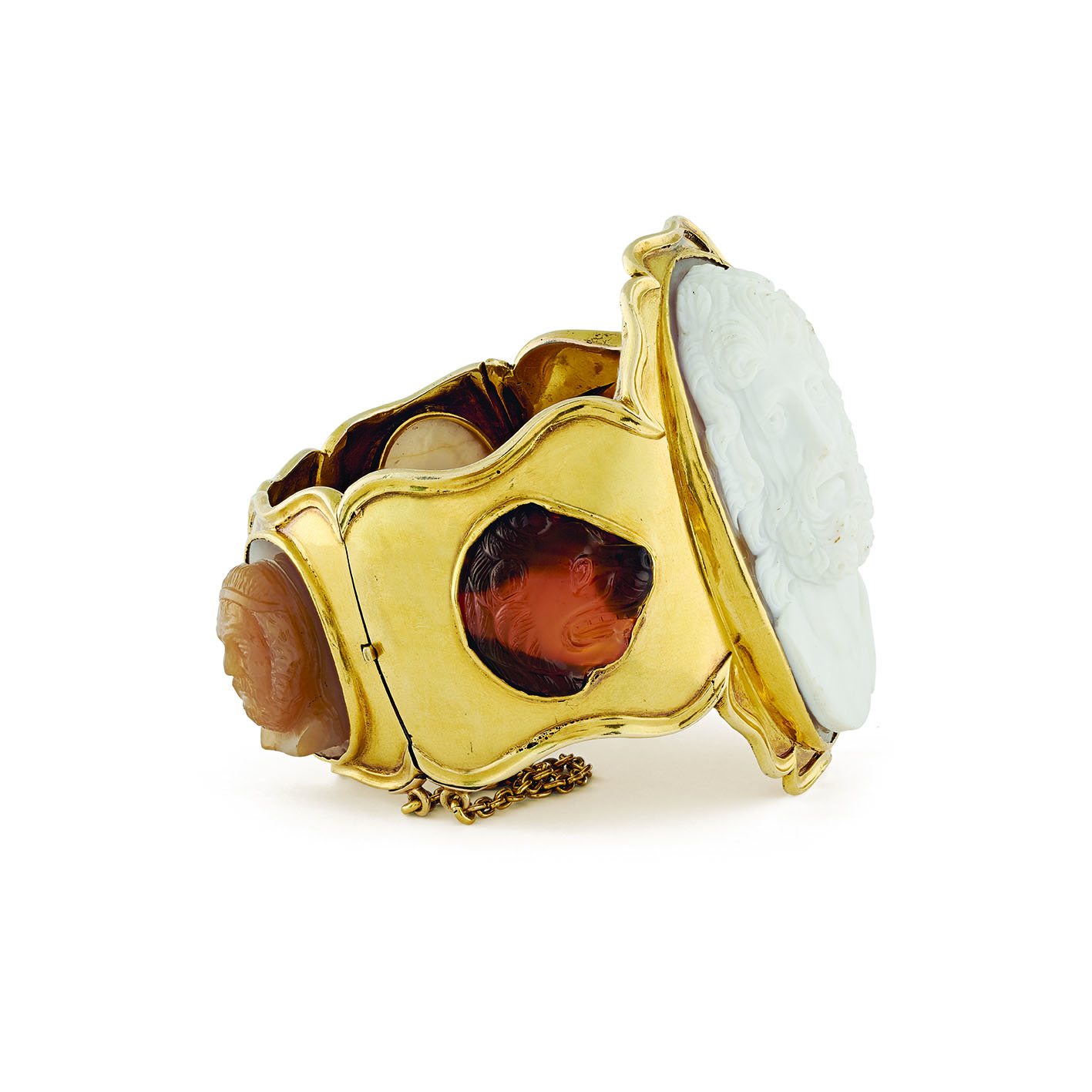 The style of the bracelet is redolent of the work of English firm Rundell, Bridge and Rundell, who crafted several objects and jewels in gold mounted with cameos for King George IV. The silver-gilt tankard mounted with engraved gems dating from the 16th to the 18th Centuries purchased by King George IV in 1823 represents a comparable class of object (now in the collection of Her Majesty The Queen, Inventory no.: RCIN 50608).

The sardonyx cameo of the god Zeus is an 18th Century or early 19th Century example and was most likely carved in Italy. Here the deity is depicted in a typical fashion, with flowing beard and hair, wearing a crown of laurel to denote his status as king of the gods. The cameo of the two stylised lions carved in a mottled orange and green agate is likely to date to the late 16th Century and was carved in Milan. The material and style of carving is redolent of a gem depicting two dogs in the collection of Her Majesty The Queen (Inventory Reference: RCIN 65226).

The sardonyx cameo of St George slaying the dragon, the figures and border carved in a brown layer of stone backed on white, is likely to date to the late 17th Century or early 18th Century. It is redolent of a 16th Century cameo in the collection of Her Majesty The Queen (Inventory no.: RCIN 65185), as well as gems carved by Edward Burch and Nathaniel Marchant to be mounted in Lesser Georges, part of the Insignia of the Order of the Garter, also in the collection of Her Majesty The Queen.

Possibly later, the shell cameo dates to the early part of the 19th Century and depicts the legendary founders of Rome, Romulus and Remus, being suckled by the wolf that adopted them after they were thrown into the river Tiber.

The sardonyx cameo depicting the Greek poet Homer likely dates to the 18th Century. The portrait is based on an ancient Roman marble bust which was copied from Hellenistic originals. The 18th Century antiquarian and collector Charles Townley acquired a version of this sculpture, which was discovered in 1780 near Baiæ (and is now part of the British Museum, acquisition no.:1805,0703.85). It was widely reproduced across Europe during the 18th and 19th Centuries in engravings and bronze and marble replicas. Finally a ravishing translucent orange and mottled cameo depicting the stylised head of a lion, circa 16th Century completes the jewel.

Given the variety of dates and styles included in the bracelet, it is likely they were supplied to the goldsmith for mounting.