An Antique Gold and Gem-set Bracelet attributed to Simon Petiteau 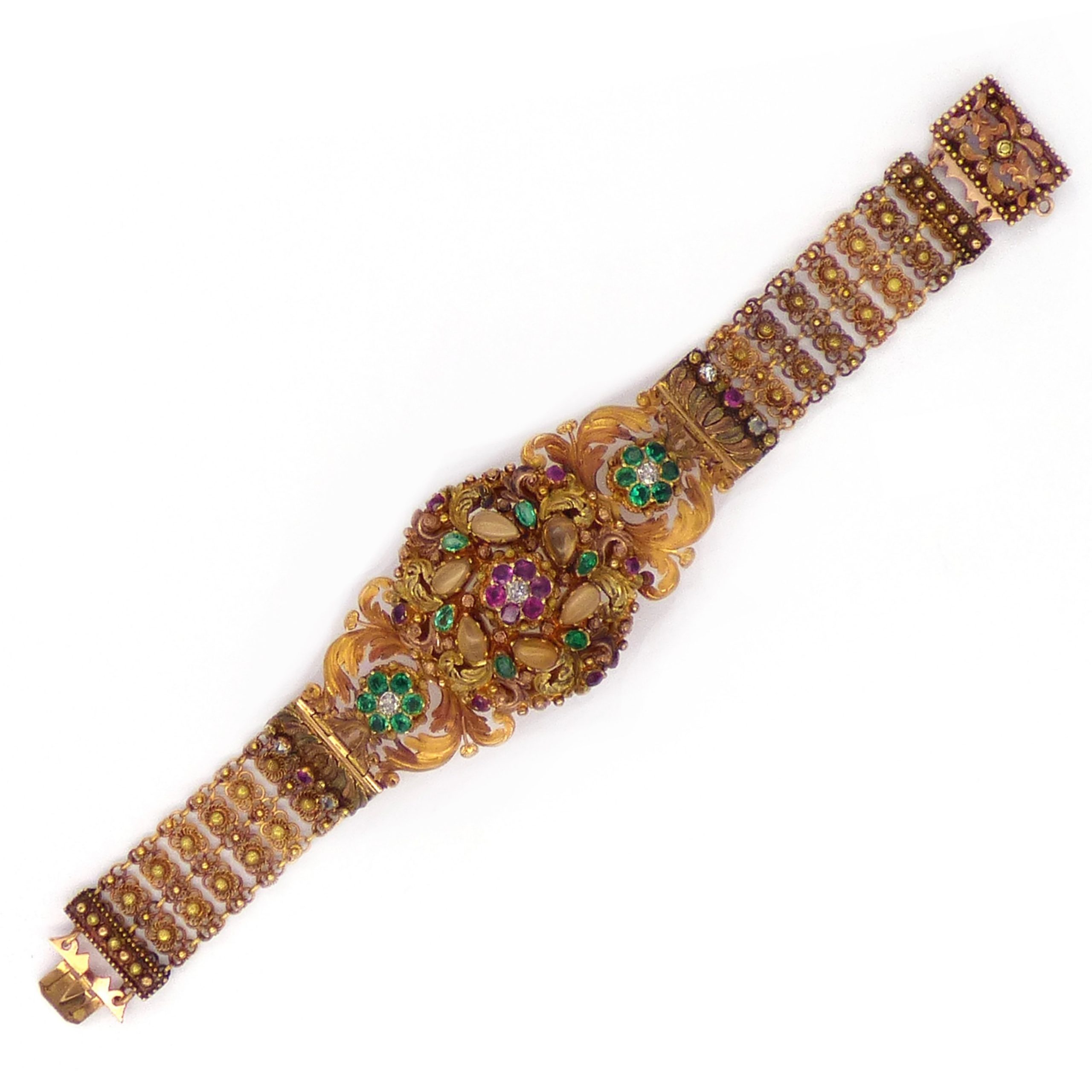 Petiteau’s speciality was graineti (clusters of gold beads) and cannetille (consisting of tightly coiled threads of gold) set with colourful precious and semi-precious stones. The technique was further explored by his son Eugène who succeeded him around 1845. According to fellow jeweller Oscar Massin, he was responsible for the popularity of the ‘bohemian’ jewel as well as creations in the Moorish taste, made around 1850, using black enamelled silver wirework set with corals.

Henri Vever credits Simon Petiteau, along with Alexis Falize, as the only jewellers who produced innovative and attractive designs at a time when jewellery was generally considered to be of deplorable taste, especially under the reign of Louis-Philippe. A turquoise set frontlet in the style of Petiteau’s work forms part of the Hull-Grundy Gift to the British Museum,  and a bracelet by Simon Petiteau is housed in the Museum of Fine Arts, Boston.