An ancient cameo mounted in a ring 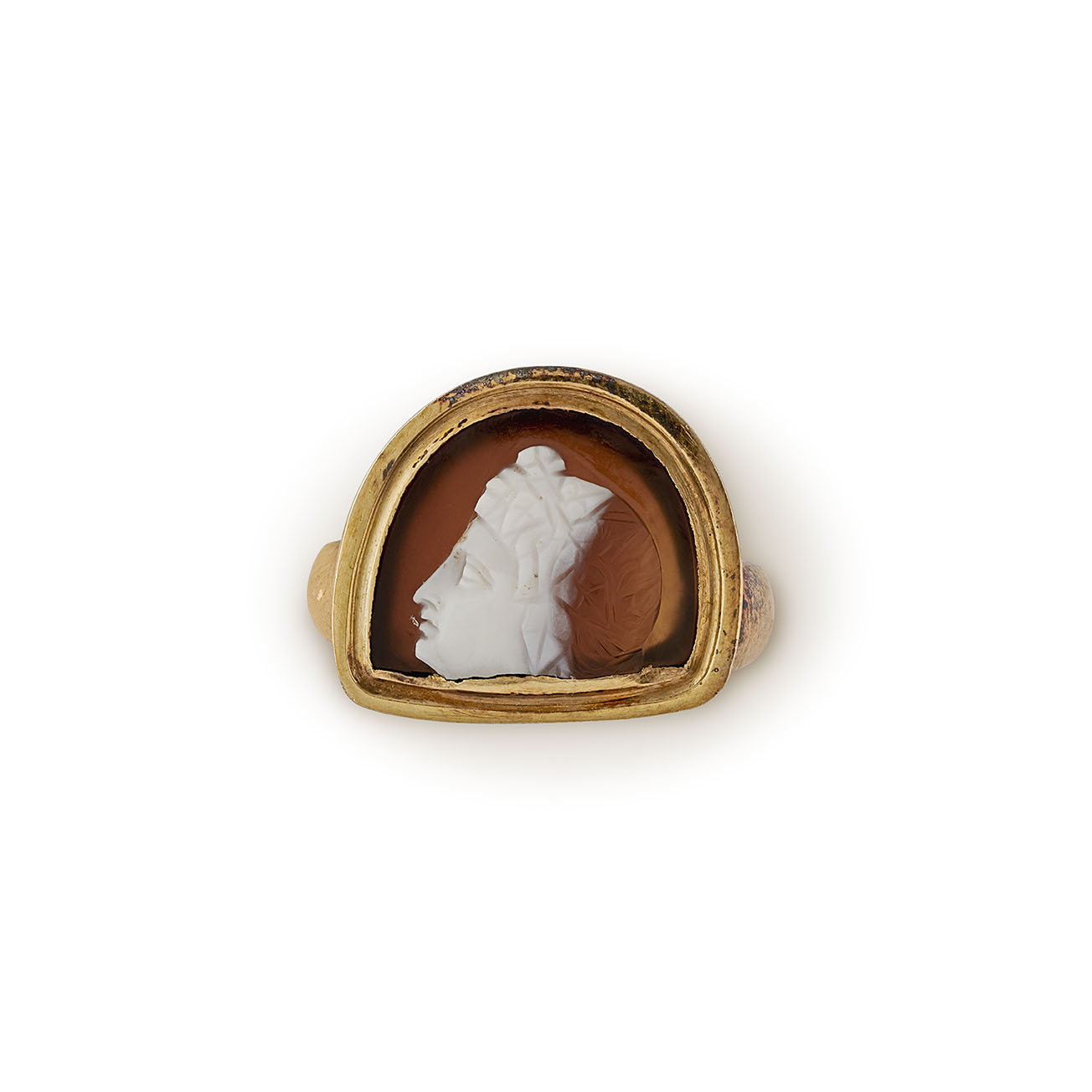 The cameo depicting a Maenad in light brown sardonyx, the face picked out in white with a foliate crown across the front of her head, her hair carved in a brown section of the stone. Maenads were the female followers of the God Dionysus, their name literally translates as “raving ones”

This enigmatic object is a fragment of a larger cameo, most probably collected in Italy during the 18th Century and then mounted into a ring. In some cases, engravers would attempt to recreate the missing portion of a broken gem by setting the fragment next to a surface of plain gold which could then be engraved with the missing portion, imagined
by the engraver.

An intaglio by Solon given by Cardinal Albani to Winckelmann was mounted in such a manner by Giovanni Pichler, who was entrusted as a scholar of engraved gems to imagine in the gold what the missing portion would have depicted. Perhaps the most famous example of such a restoration is the intaglio of Antontius formerly in the collection of the Duke of Marlborough.