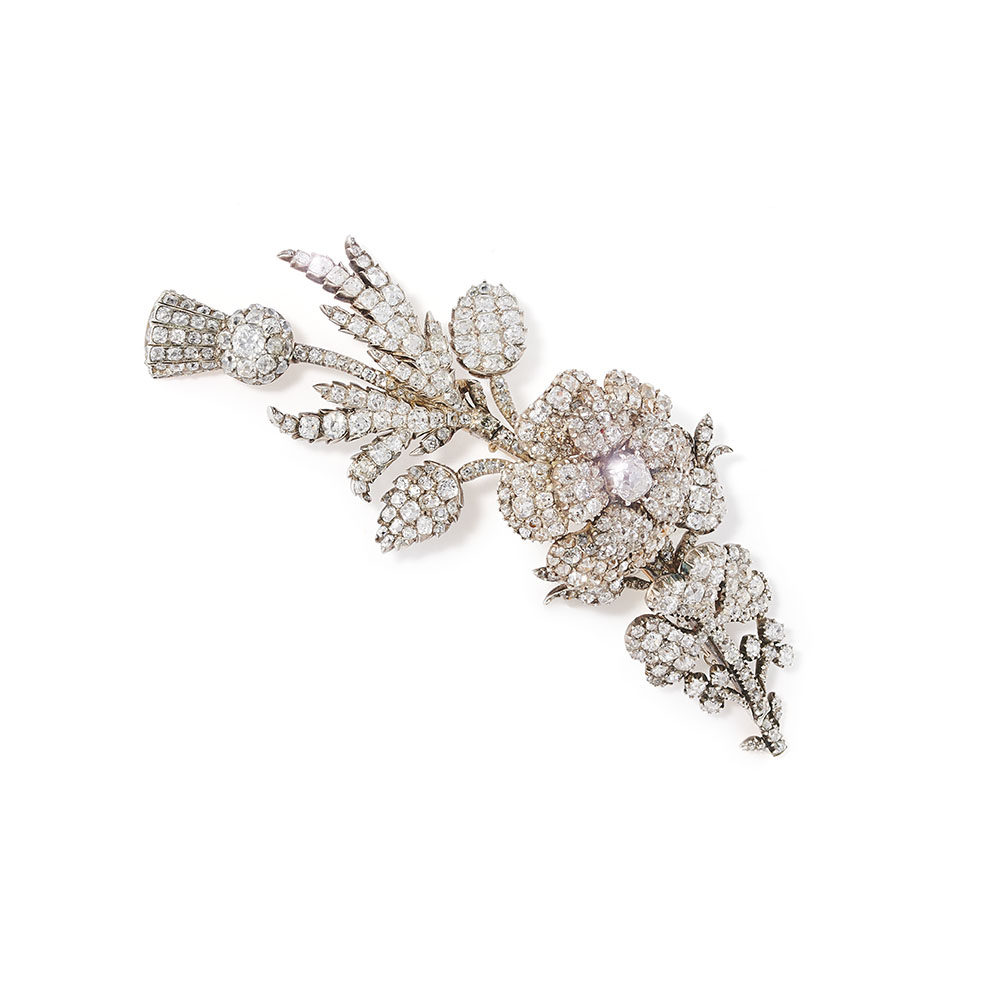 centred with a rose which delicately trembles on a finely balanced spring when worn, flanked by a shamrock and a thistle, the whole mounted in yellow gold and set in silver.

The study is extraordinarily accurate, the shamrock emanating from a stem bearing two smaller leaves below and two flower buds above, the rose bearing twin leaves above its full-petalled bloom and surmounted by thistle leaves. The sprung rose rises above the floral spray, enhancing the three-dimensionality of the jewel.

Catherine Elizabeth, Viscountess of Galway (1783-1862) wife of William George Monckton-Arundell, 5th Viscount Galway. Her name is hand-written in ink on the underside of the case. Family tradition holds that the jewel was a gift from Her Majesty Queen Victoria to the Viscountess. The Galway title was created in July 1727 for John Monckton. His second son, Lt. Gen Hon Robert Monckton, famously fought with General Wolfe at the taking of Quebec in 1759 and subsequently became Governor of New York. The later holders of the Galway title loyally served the Royal family; the 6th Viscount was Lord-in-Waiting to Queen Victoria and the 7th Viscount was Aide-de-Camp to Queen Victoria from 1897 to 1901, to King Edward VII from 1901 to 1910 and to King George V from 1910. 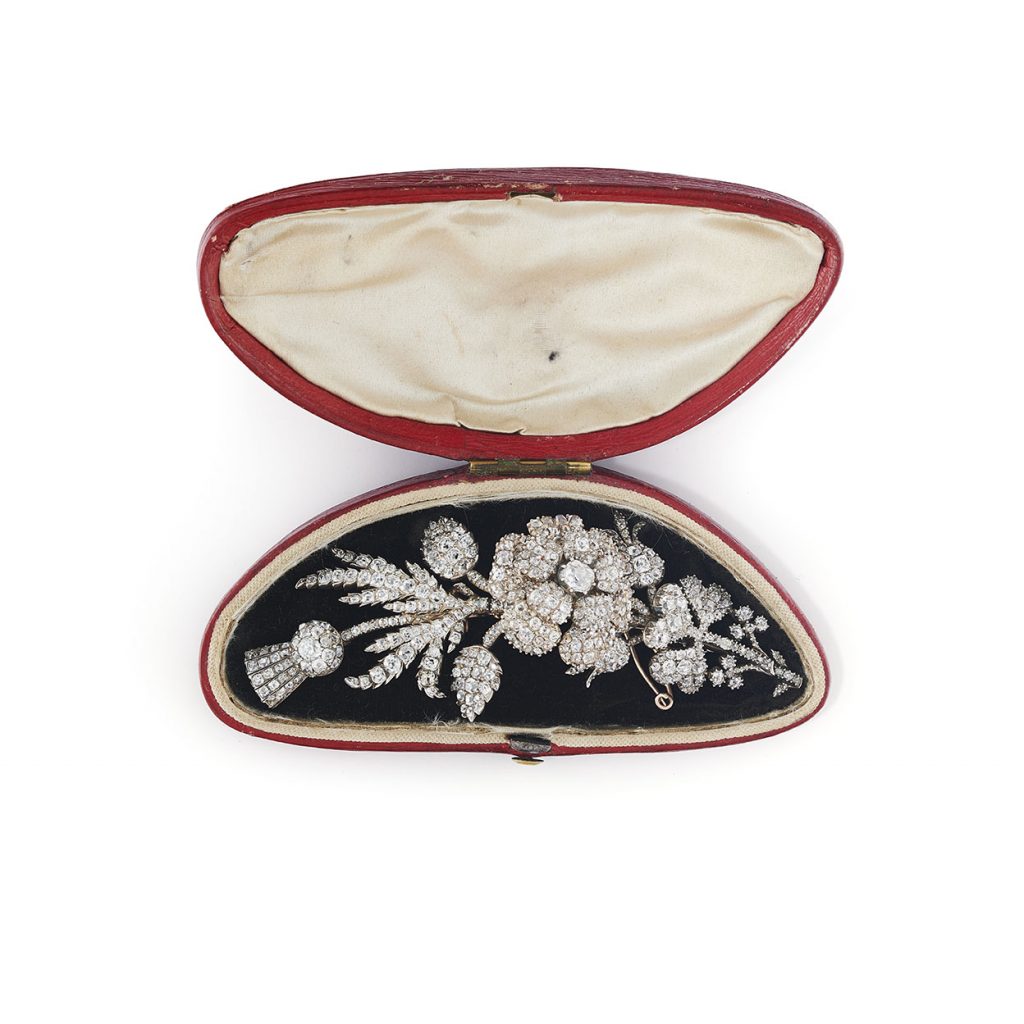 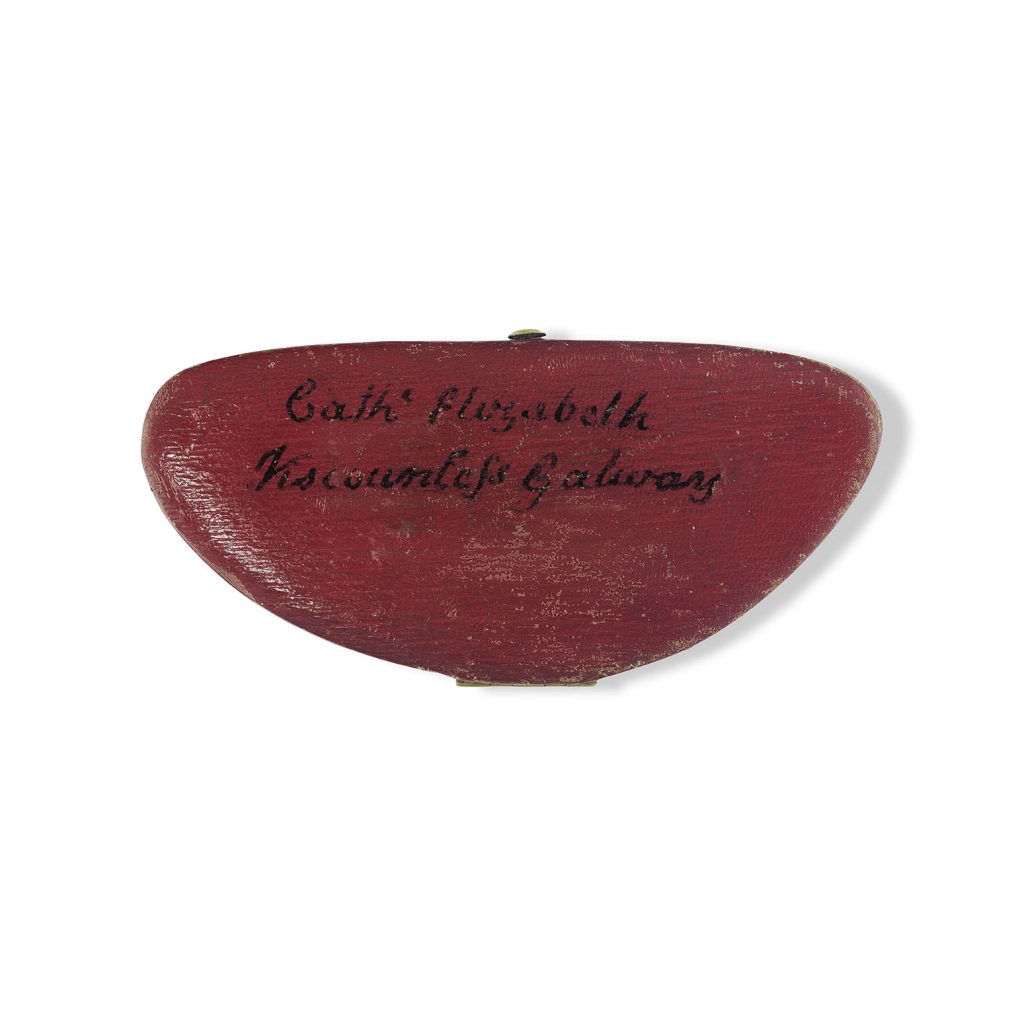