Alexander the Great by Edward Burch 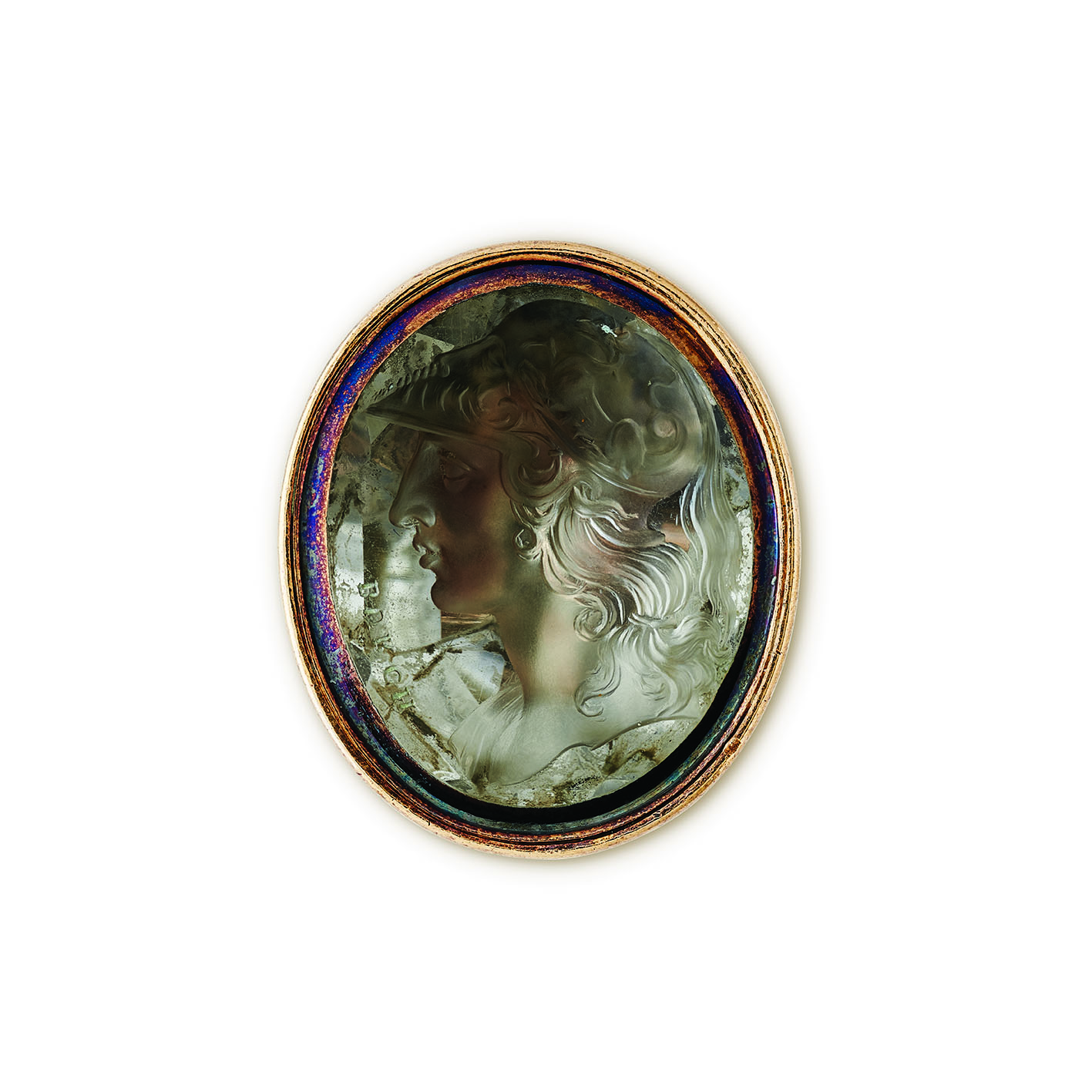 carved in rock crystal and mounted over silver foil, the back of the stone faceted, depicting Alexander the Great wearing the distinctive Macedonian style of helmet embellished with a snake headed mythical beast, the visor decorated with a face, plumes of feathers descending from the top.

Mounted in a gold seal with elongated reeded foliate supports, contemporary with the gem. 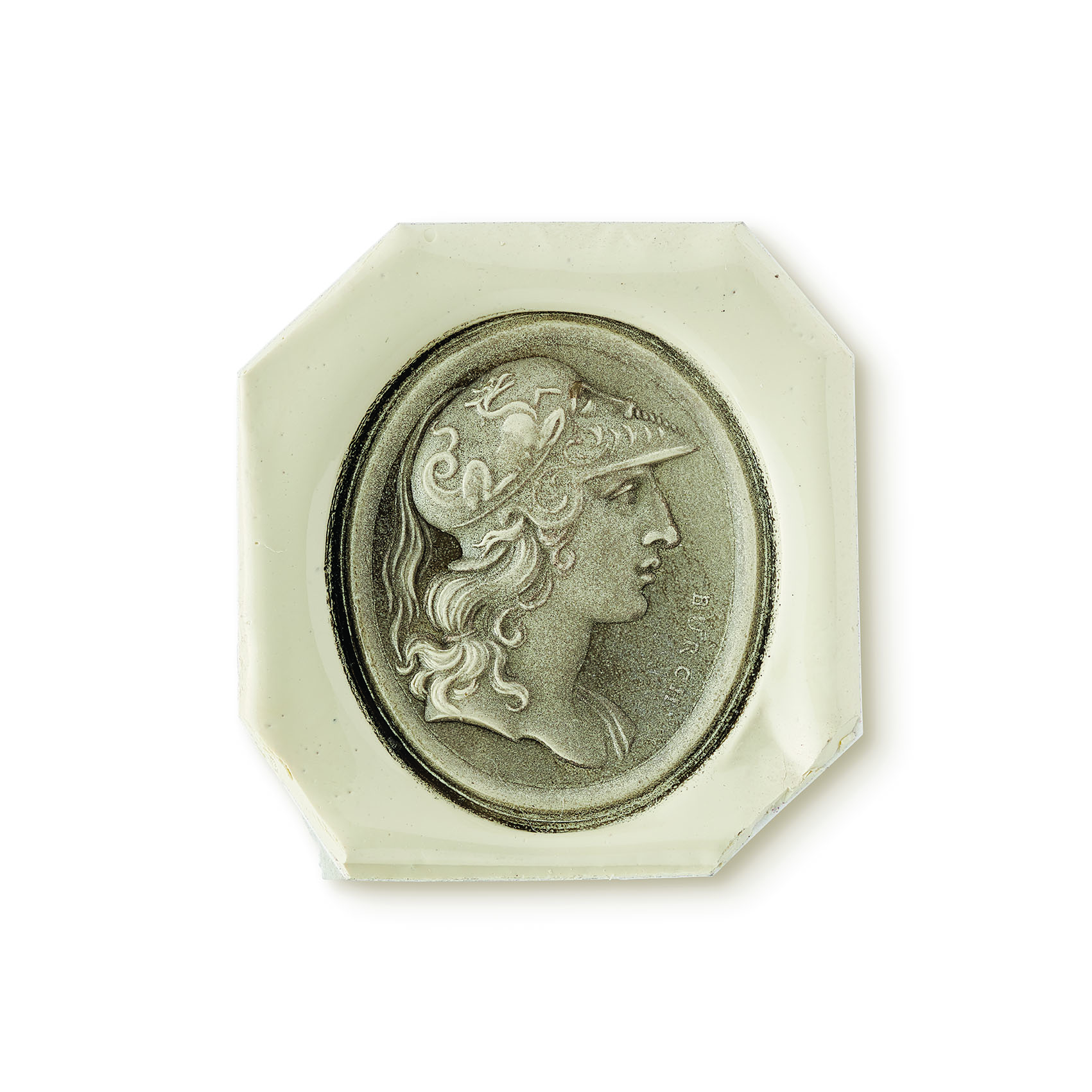 Philipp Daniel Lippert records and describes a gem of Alexander the Great by Burch in his ‘Dactyliotheca Universalis signorum exemplis nitidis redditae,’ 1755-1762 (vol II, no.218).

This depiction of Alexander the Great is unlike any which appears in ancient coinage, where he appears without a helmet, sometimes with the horns of Ammon. This portrait is far more redolent of depictions of Alexander the Great which appear in the work of French Baroque artist Charles Le Brun (1610-1690), some of which were reproduced as engravings in the 17th Century.

Both this engraved gem and the print show the visor as decorated with a face and the feathers as soft and billowy. It therefore seems likely that the artist who created this engraving referred to a cast of Burch’s gem when creating his artwork or visa versa.

A comparable faceted rock crystal gem by Burch which depicts Hercules seated (museum number 1978,1002.1083) forms part of the permanent collection of the British Museum. Rock crystal had long been considered a noble material. Popular during the Renaissance with the Italian masters Valerio Belli and Giovanni Bernardi, it was thought to be ice that had transmuted into stone during the Middles Ages and was therefore highly prized.