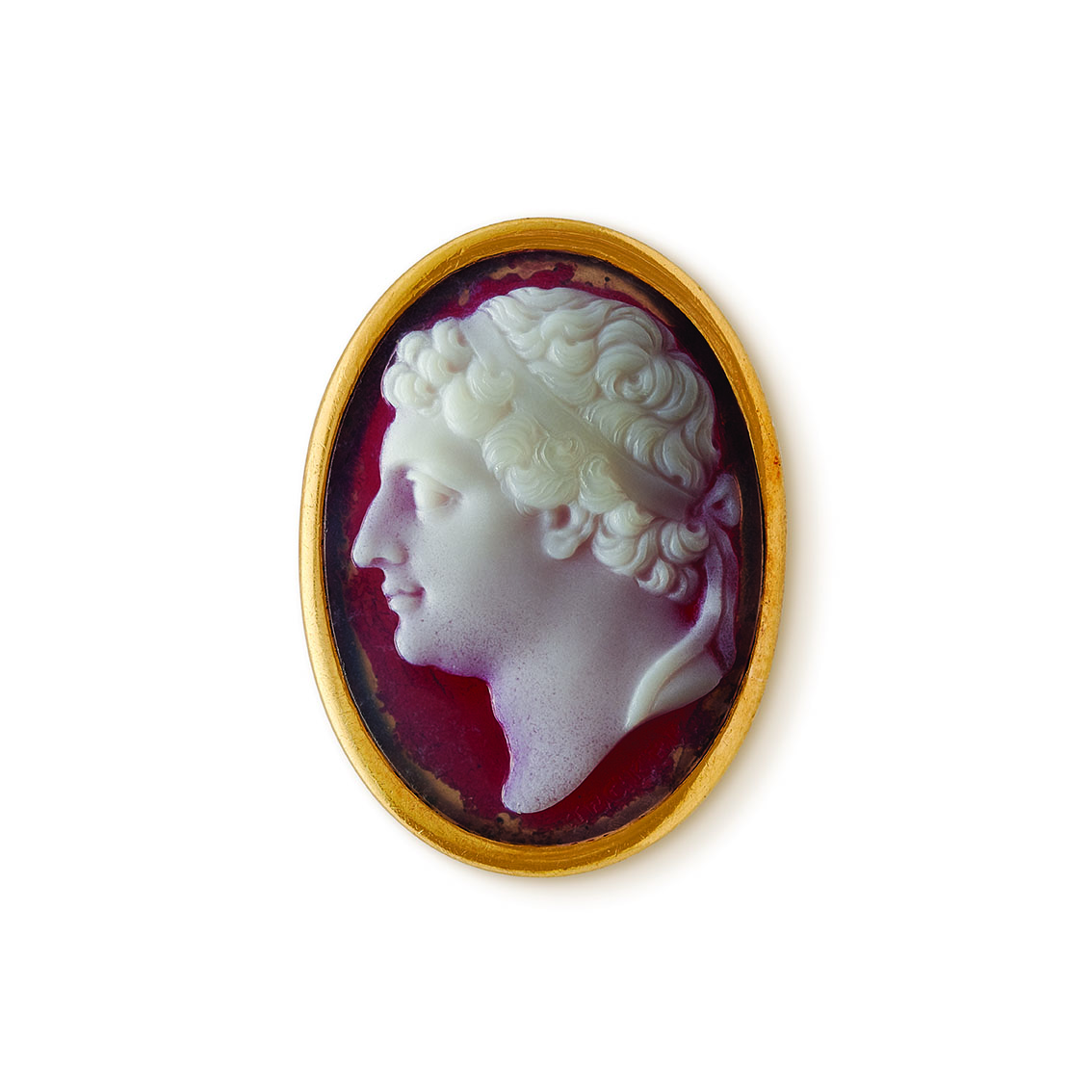 portrait carved in a white layer of the stone backed by a translucent layer, beneath which is a layer of bright red dye (possibly ink) which has been sandwiched between the cameo
and another slice of stone.

Mounted in an antique gold finger ring, circa 1800.

A similar style of depiction of Alexander the Great as the cameo completed by Giovanni Pichler. Hecker completed his apprenticeship at the studio of Giovanni Pichler and received his first orders from Pichler, such as a portrait of Pope Clement XIV, presumably commissioned in 1784. Among his most famous patrons was the poet Goethe, who visited Hecker’s studio during his visit to Rome.