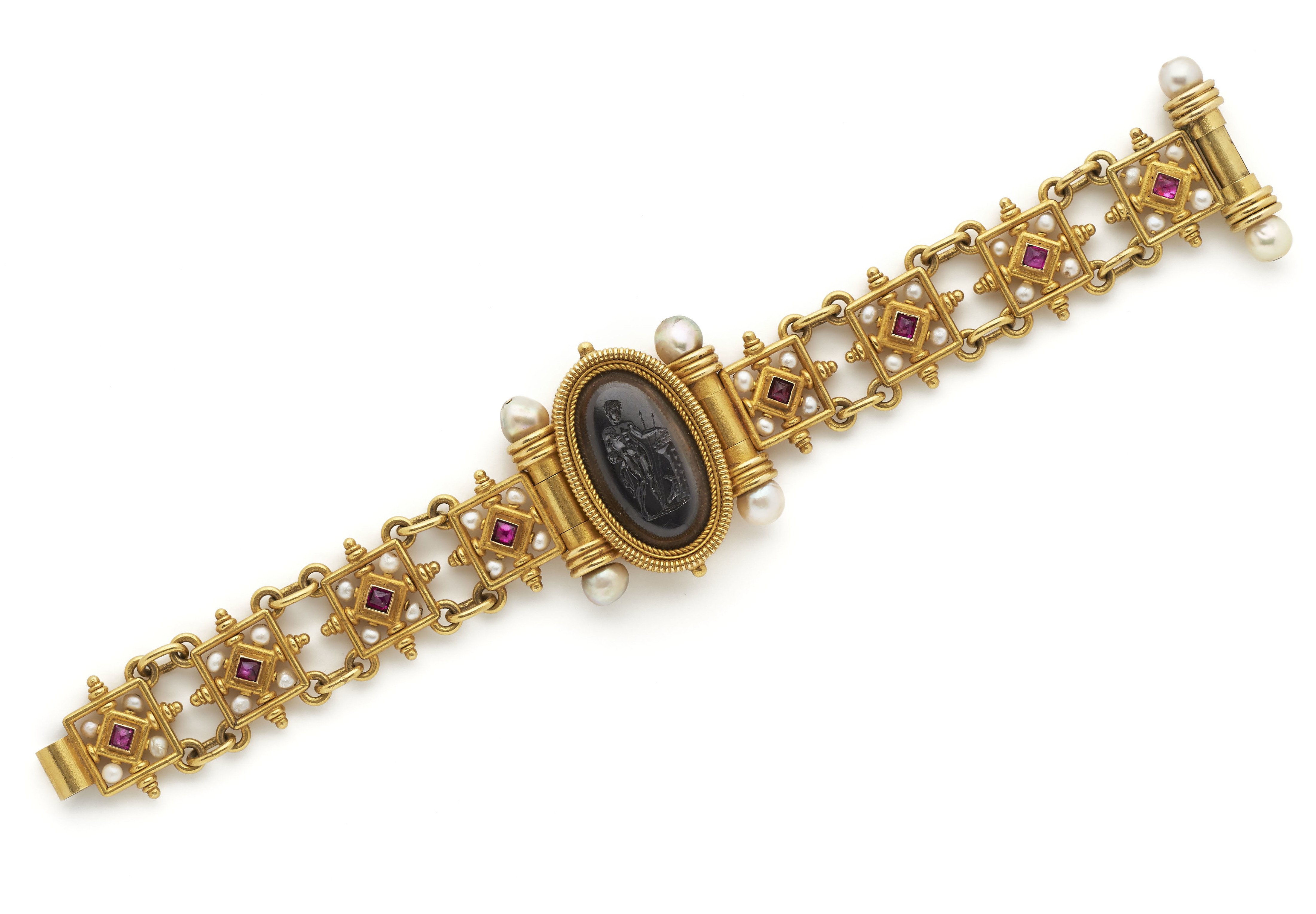 centred by an oval intaglio in black agate depicting Meleager with the head of the Calydonian boar, mounted within a border of twisted gold wirework, flanked either side by gold batons with pearl terminals, the band consisting of eight square panels centred with square shaped cabochon rubies with beaded corners, flanked by four pearls in a quatrefoil.

Signed with intertwined Cs to the reverse.
Rome, circa 1875. 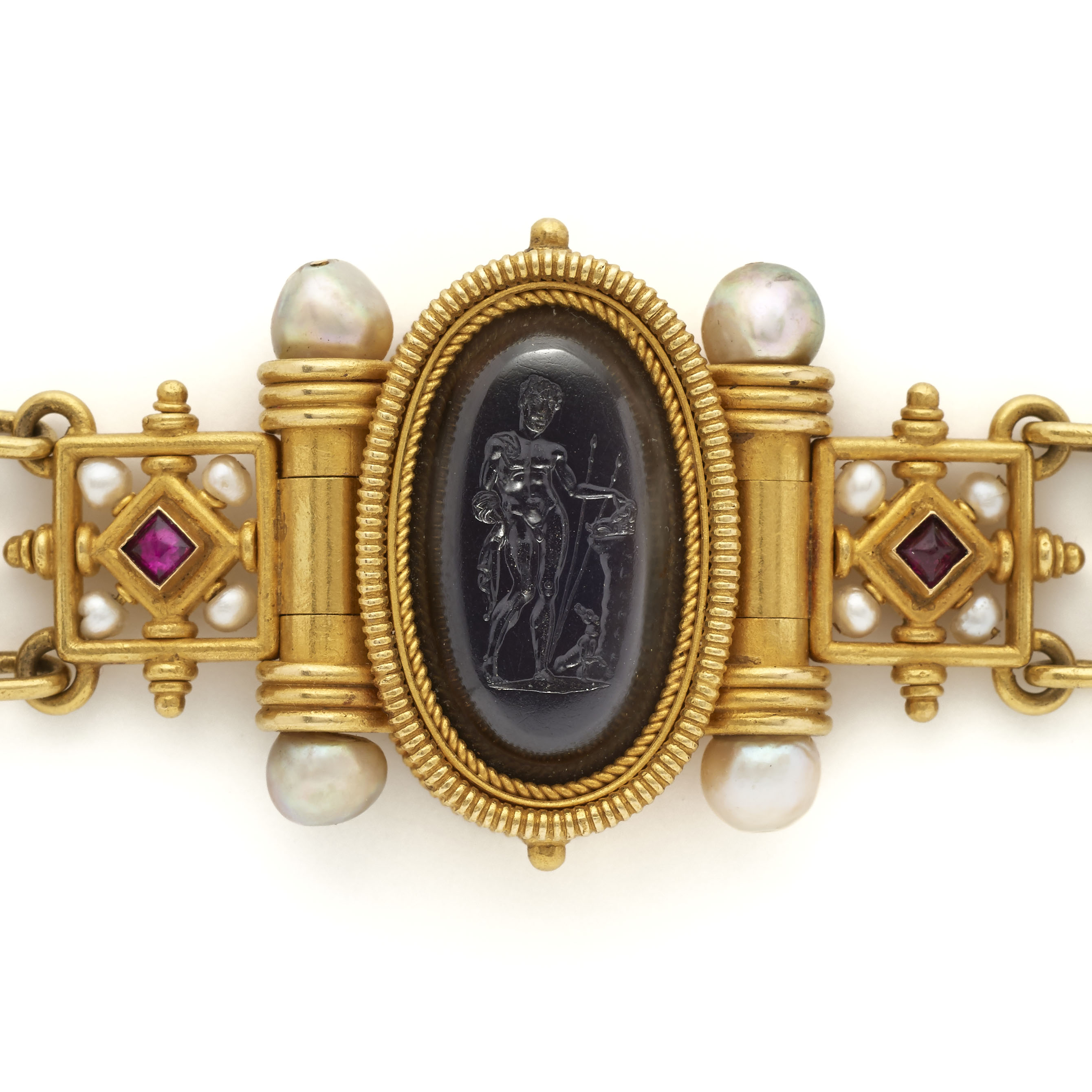 Michelangelo Caetani (1804-1882), Duke of Sermoneta, was a significant patron of Castellani with a considerable private fortune. He amassed a substantial collection of jewels and objects from the firm, as well as being an enthusiastic and talented jewellery designer in his own right, supplying Castellani with drawings for numerous important commissions: Most notably the gold presentation swords given to Napoleon III and to Victor Emmanuel II from the people of Rome, as well as a gold chalice presented to Pope Pius IX.

Caetani’s marriage to his third wife Enrichetta Ellis, daughter of Lord Howard de Walden, provided Castellani with powerful connections to the English aristocracy. The patronage of the third Duke of Wellington, Countess Granville as well as Robert and Elizabeth browning were presumably won through Cateani’s influence.

In a letter written to Alessandro Castellani, Caetani enclosed a design for a bracelet he wished to give to his future wife on their wedding day. The singular design of the band and distinctive barrel shaped clasp are identical to the bracelet above.

The composition of the intaglio is most likely derived from a marble sculpture of Meleanger which dates to the 2nd Century AD (based on a lost bronze by Skopas from the 4th Century BC). The sculpture is now held at the Museo Pio-Clementino in Vatican city and was formerly part of Fusconi-Pighini collection. The gem is likely to have been completed by a lapidary based in Italy who would have referred to engravings of the famous sculpture.