the circular earthenware bowl glazed in the pre-Peterine taste in tones of ochre and deep blue to the exterior and duck egg blue glaze to the interior, incised with the cypher ‘MT’ for Princess Maria Tenisheva beneath, encircled by an elaborate openwork silver mount by Fabergé decorated with arches and raised stylised flower roundels in the Slavic taste. 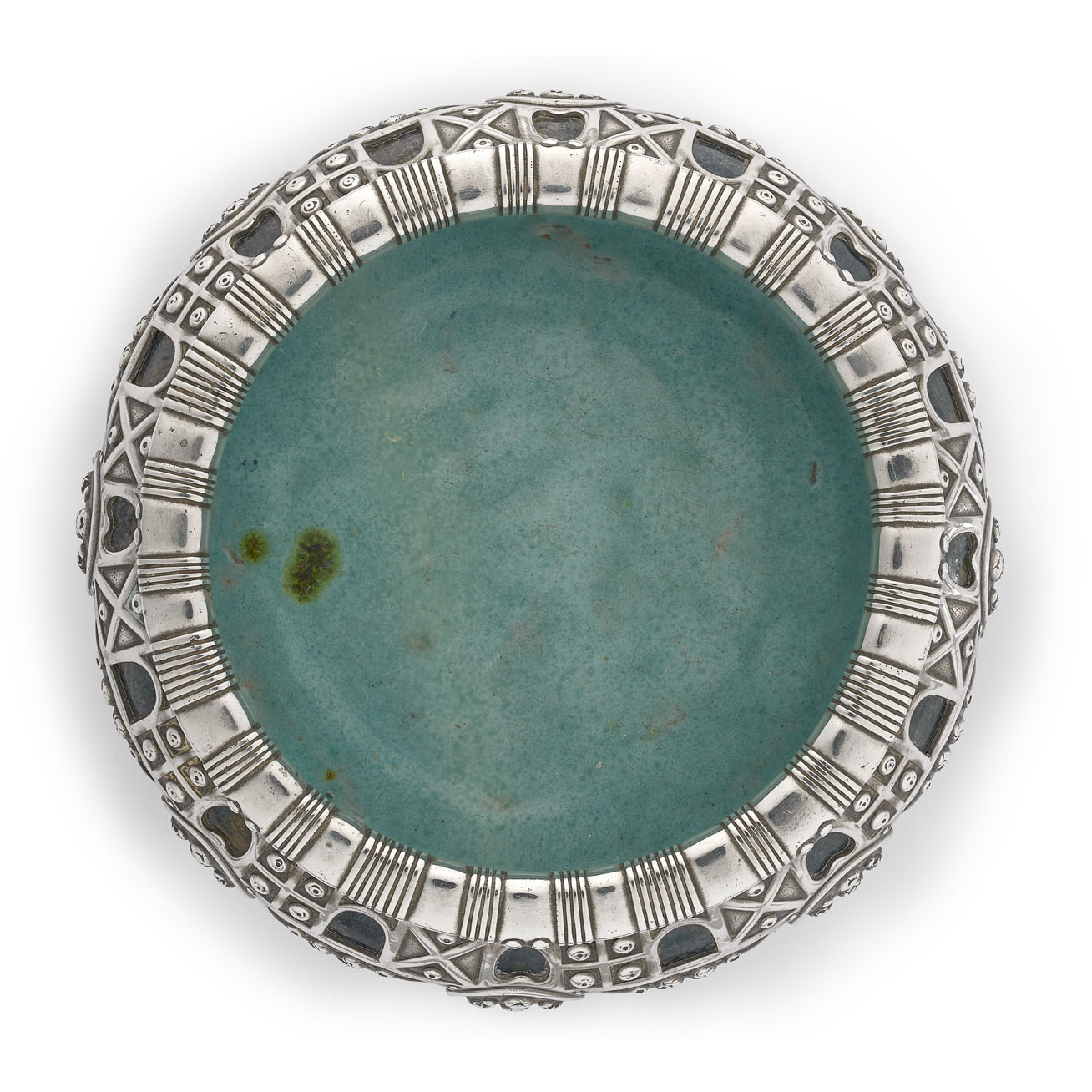 Princess Maria Tenisheva was one the most important cultural and artistic figures in late nineteenth and early twentieth century Russia. She founded art schools, supported artists; sponsored the magazine Mir iskusstva (which gave name to the miriskusniki movement), was a discerning collector and patron, wrote a dissertation on enamel work, collaborated with Diaghilev in his ballet productions and played Tchaikovsky’s music with the composer himself.  Vrubel, Repin, Korovin and Serov all painted her portraits and Trubetskoy sculpted her.  Her most celebrated achievement was Talashkino, near Smolensk, an artistic estate focusing on the decorative arts which she established in 1893.  In its workshops, traditional Slavic crafts and techniques were taught and revived. On very rare occasions these were incorporated into works of art by the Imperial goldsmith Carl Fabergé.

Following the Bolshevik revolution the Princess moved to France with her friend Ekaterina Sviatopolk-Chetvertinskaia. She died in Paris on 14th April 1928; in her obituary Ivan Bilibin wrote: “Her whole life was dedicated to the native Russian art, and she has done infinitely much for it”