in the Mannerist taste, the exterior engraved with attributes of the goddess Venus: amorini, forget-me-nots, roses and gilly flowers (an emblem of fidelity). These alternate between three panels engraved with gods: Mars with his helmet, shield and lance; his mother Juno with the peacock and Venus with a radiant heart in one hand and her own son Cupid in the other.

The pomander opens to reveal six hollow segments secured to a central fire-gilt and engraved stem. The sliding lid of each compartment is labelled as follows, clockwise: 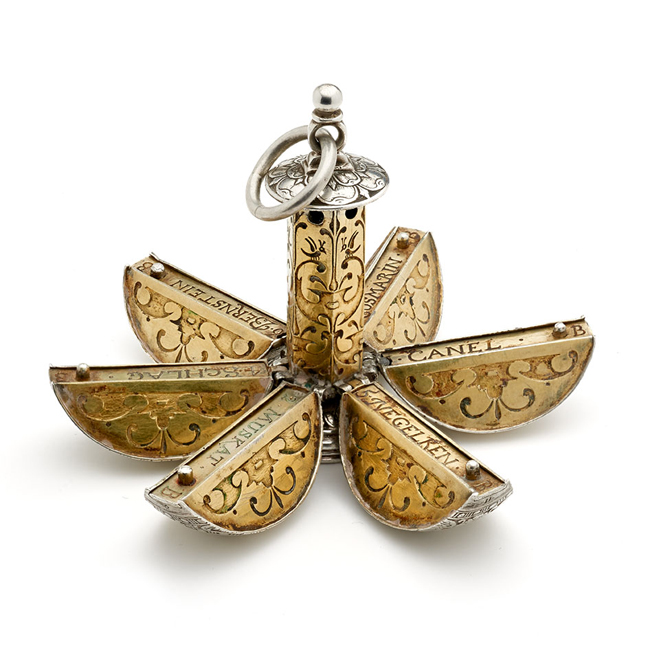 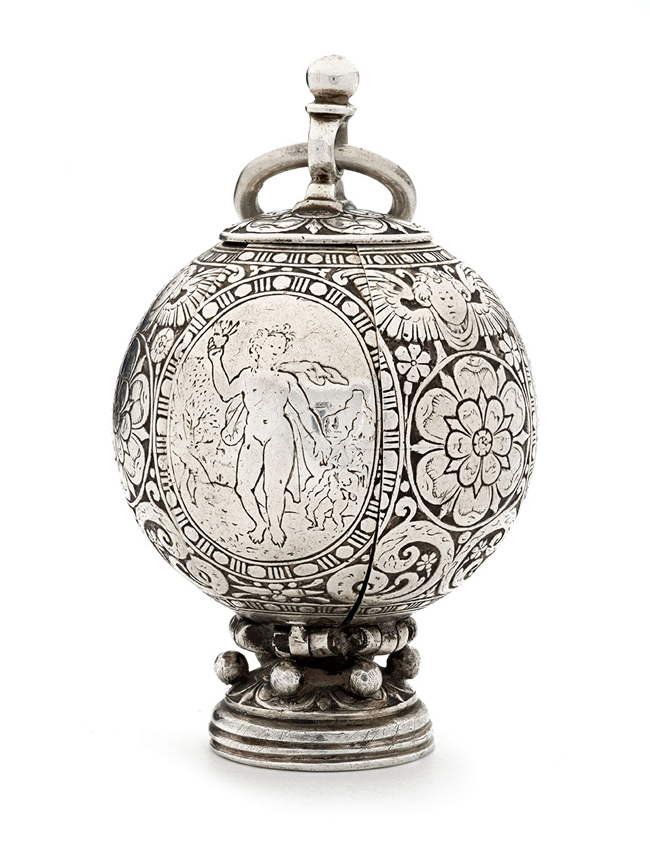 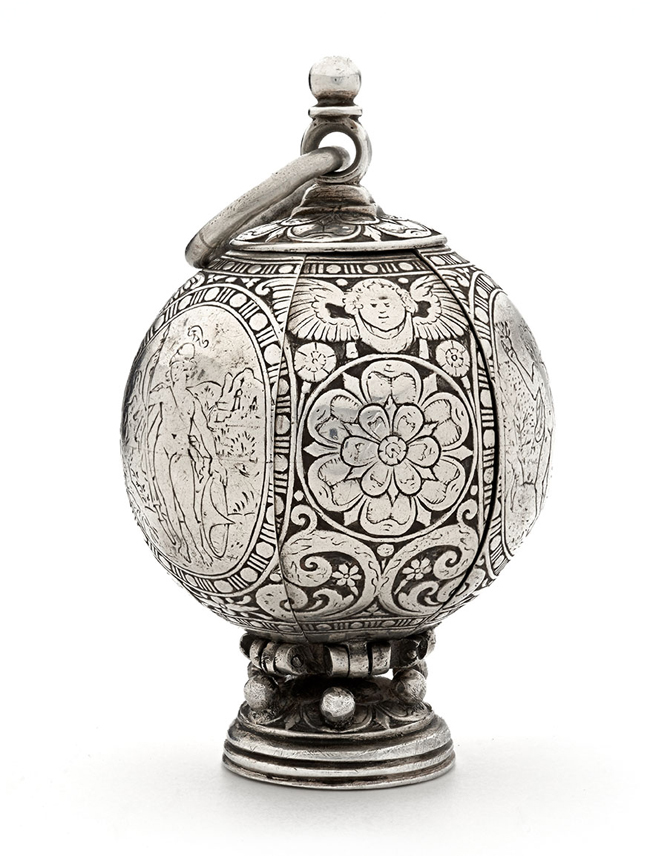 The complexity of the pomander evolved over time to better serve the curative function of scent. As certain spices started to be associated with the treatment of specific ailments, it became more important to keep the ingredients in a pomander separate. Thus the segmented pomander was created as a portable vessel within which these precious antidotes could be kept untainted, fashioned in antiseptic silver.