A Silver Carriage Clock in the Medieval taste by Lucien Falize 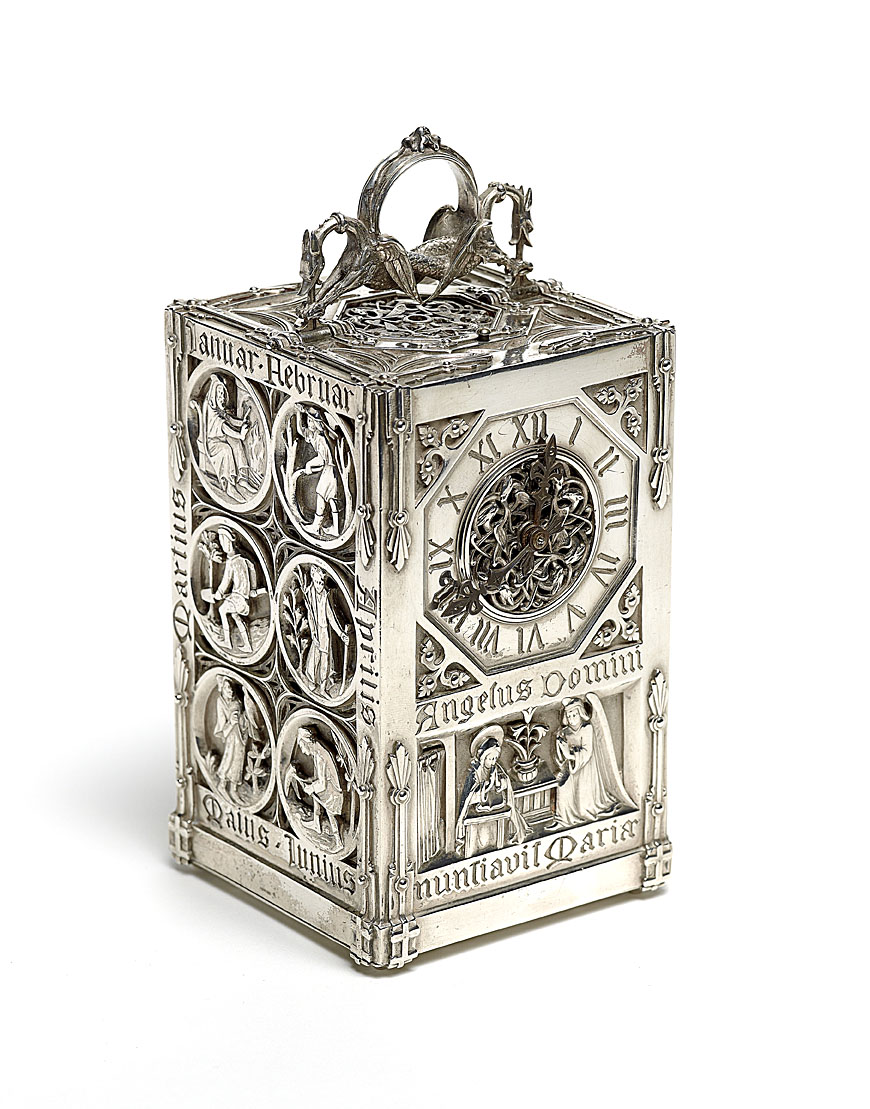 decorated on the façade with the Annunciation, the sides with twelve rondels depicting allegorical figures representative of the months of the year, the reverse depicting two female figures kneeling before an altar, one asleep and the other tending a lamp’s flame, identified by Falize as ‘The wise and foolish Virgins’.

Engraved 12/78 on the plate concealed by the base.

The first example of this clock was of carved ivory and exhibited at the 1878 Exposition Universelle in Paris. According to family tradition this version, the only example to be made in silver,
was commissioned by the brother of the owner of the ivory timepiece.