A Silver and Glass Tennis Trophy by Carl Fabergé 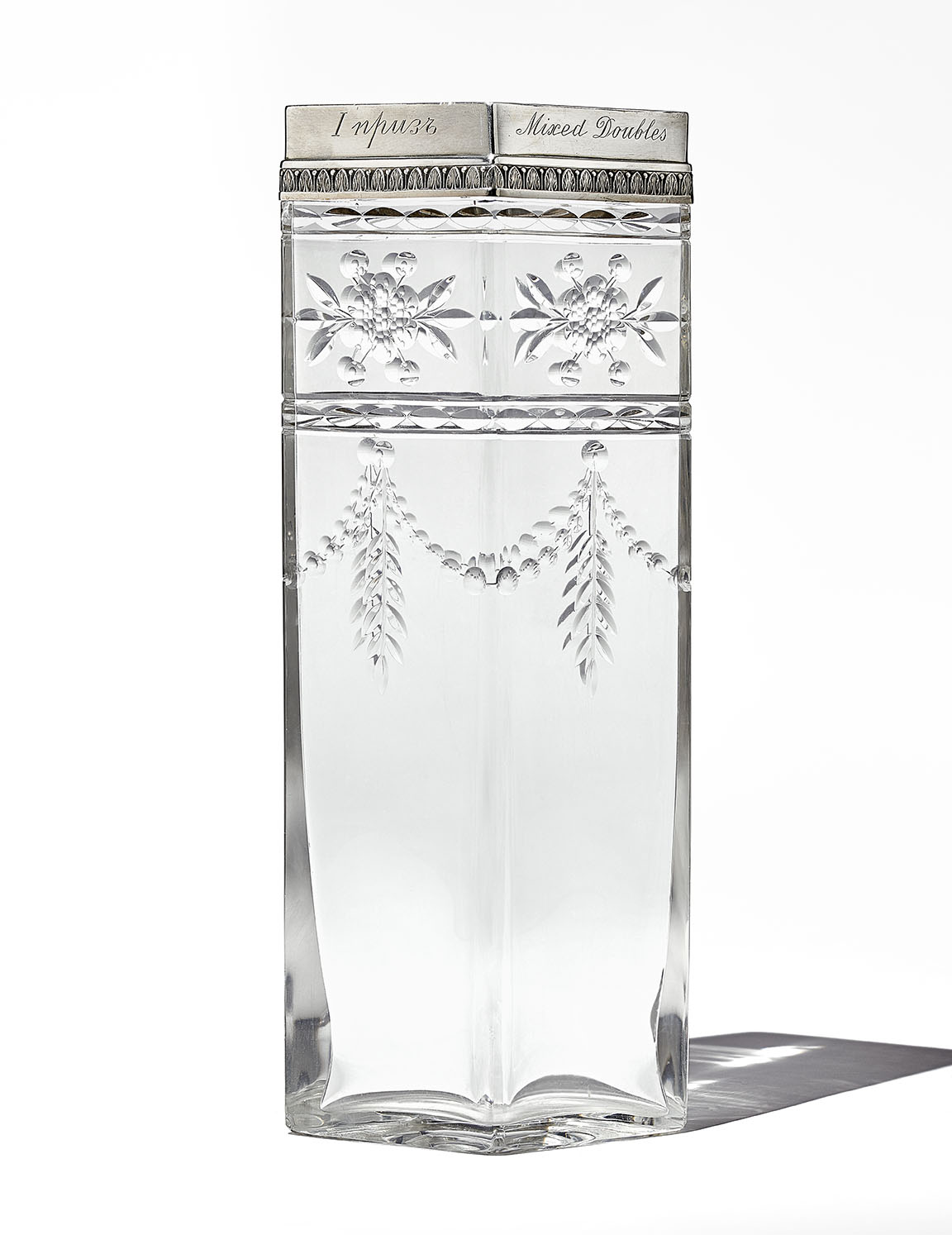 the striking glass body engraved on each of its four sides with a stylised floral and foliate motif flanked by beaded borders, beneath which hangs beaded garlands and foliate branches, the silver collar decorated with acanthus leaves, the plain silver top inscribed in Cyrillic ‘St Petersburg, 1912’, ‘A Prize, Mixed Doubles,’  ‘St Petersburg.’

It is possible that the trophy was awarded at one of the events listed above. It is also possible it was a prize awarded at a private tournament. 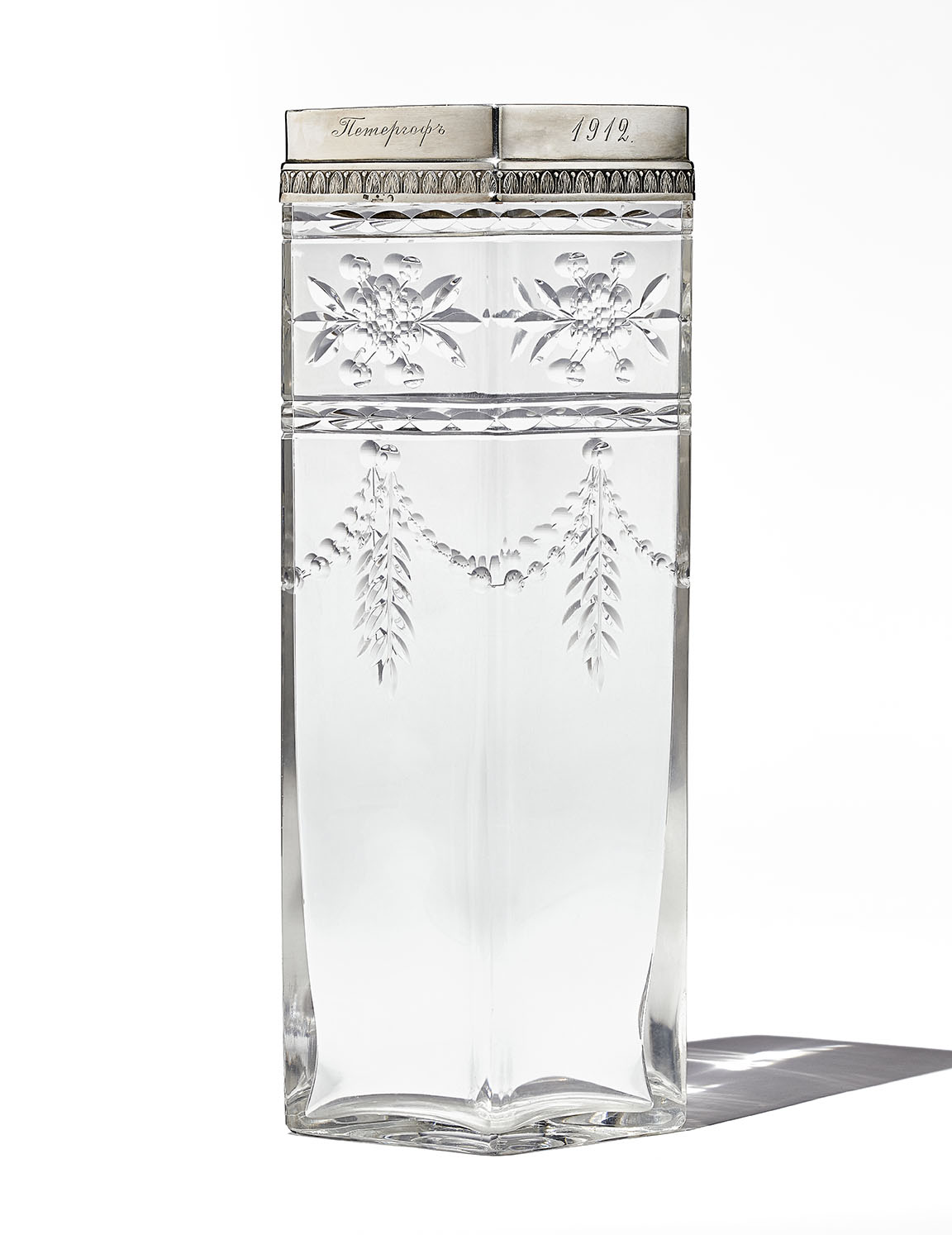