A Seventeenth Goa Stone with its Silver Case 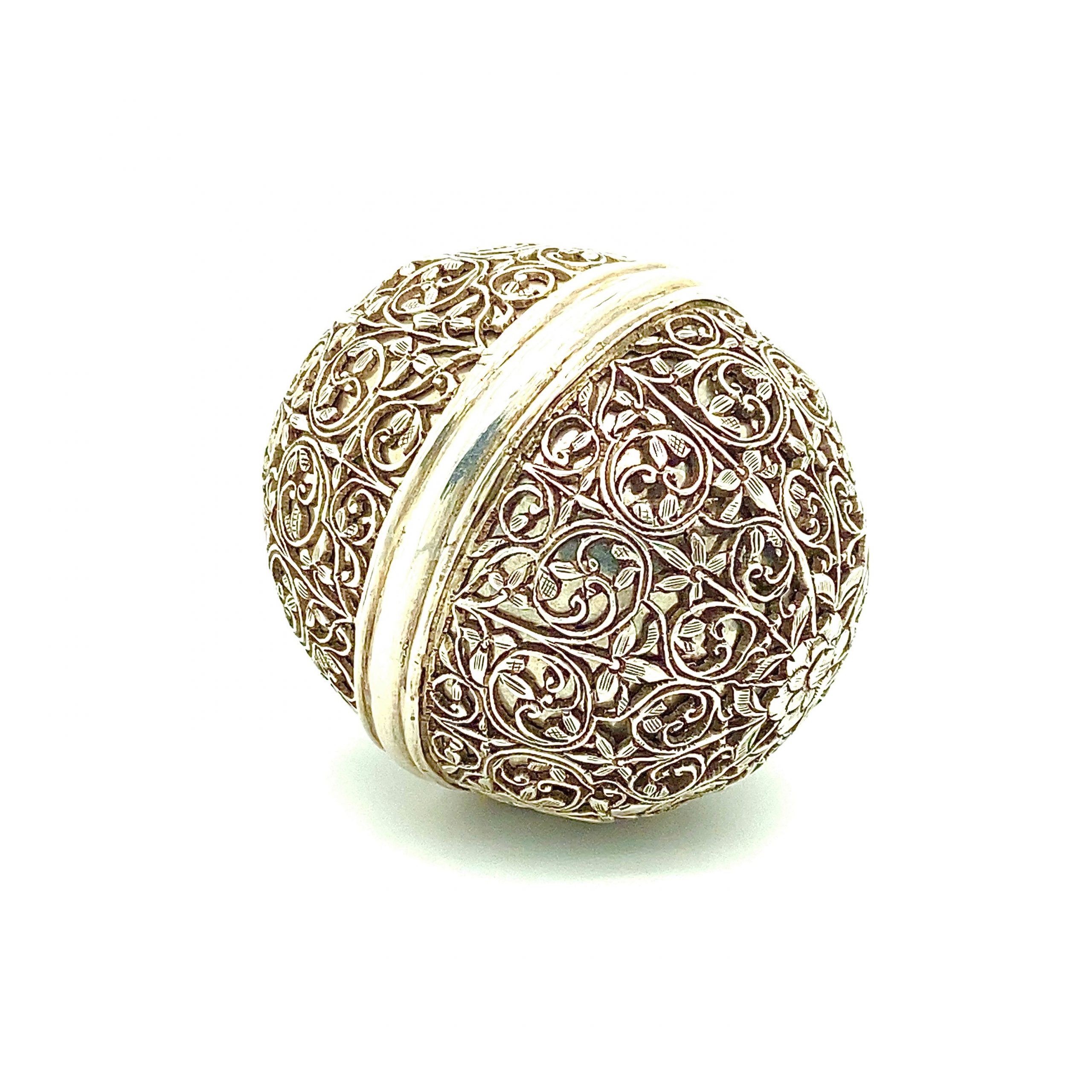 comprising of a planished silver sphere in two halves, which sits within a silver cage of pierced and chased floral and foliate decoration fastened via a rivet concealed within a flower head, a polished silver rim running around the circumference of the sphere, accompanied by its original goa stone, the surface treated with gold leaf. 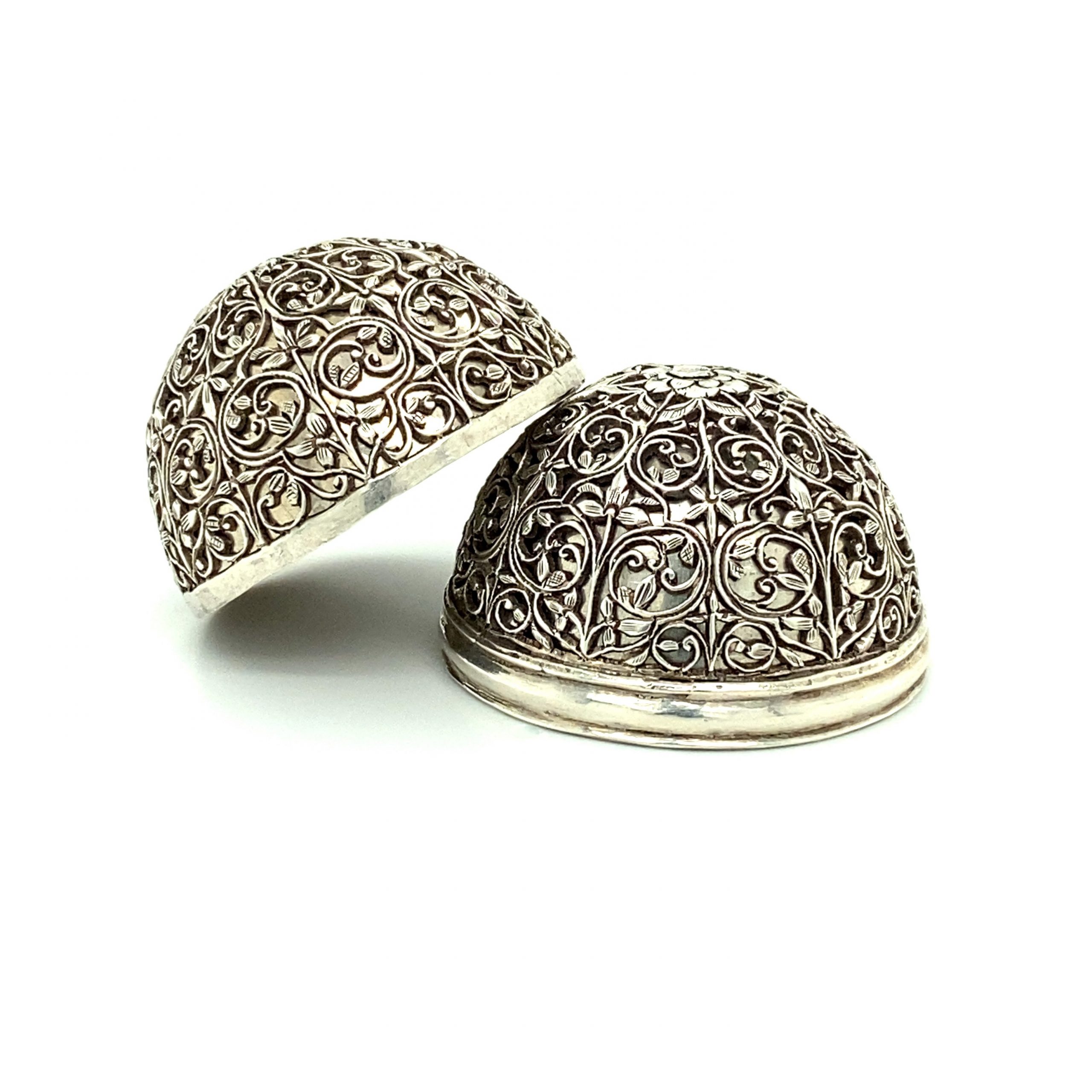 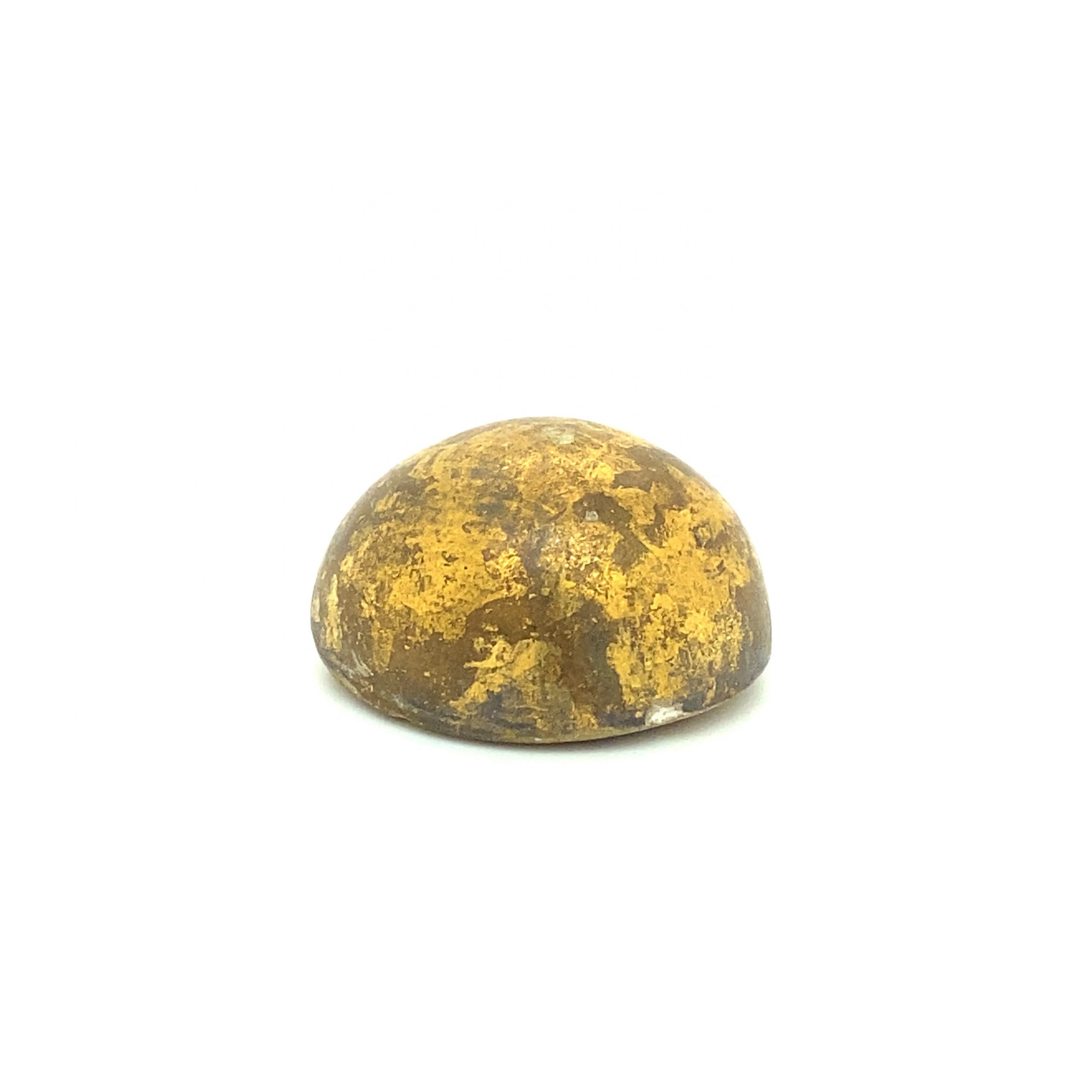 Goa stones are made of a mixture of clay, silt, powdered shell and pearl, resin, and musk and originate from Goa in India. They were made as an alternative to the bezoar stone, a calciferous ball found in the stomach of ruminants, which were highly prized as they were believed to be an antidote to poison. As bezoars became increasingly rare, the goa stone was conceived by Jesuit priests in India as another form of prophylactic to counteract poisoning as well as diseases such as the plague.

Goa stones were very valuable during the 17th Century and were sold for vast sums of money. Their surface was often decorated with gold leaf, as can be seen in this example as well as comparable stones in the Science Museum in London, The Metropolitan Museum of Art in New York, The British Museum in London and the collection of Burghley House in Stamford.

Owners of the stones would take scrapings which they would mix into water to prepare a solution to be drunk. This example shows signs of having been used extensively over time, with scrapings having flattened the spherical shape over many years. It is very rare for goa stones to survive.