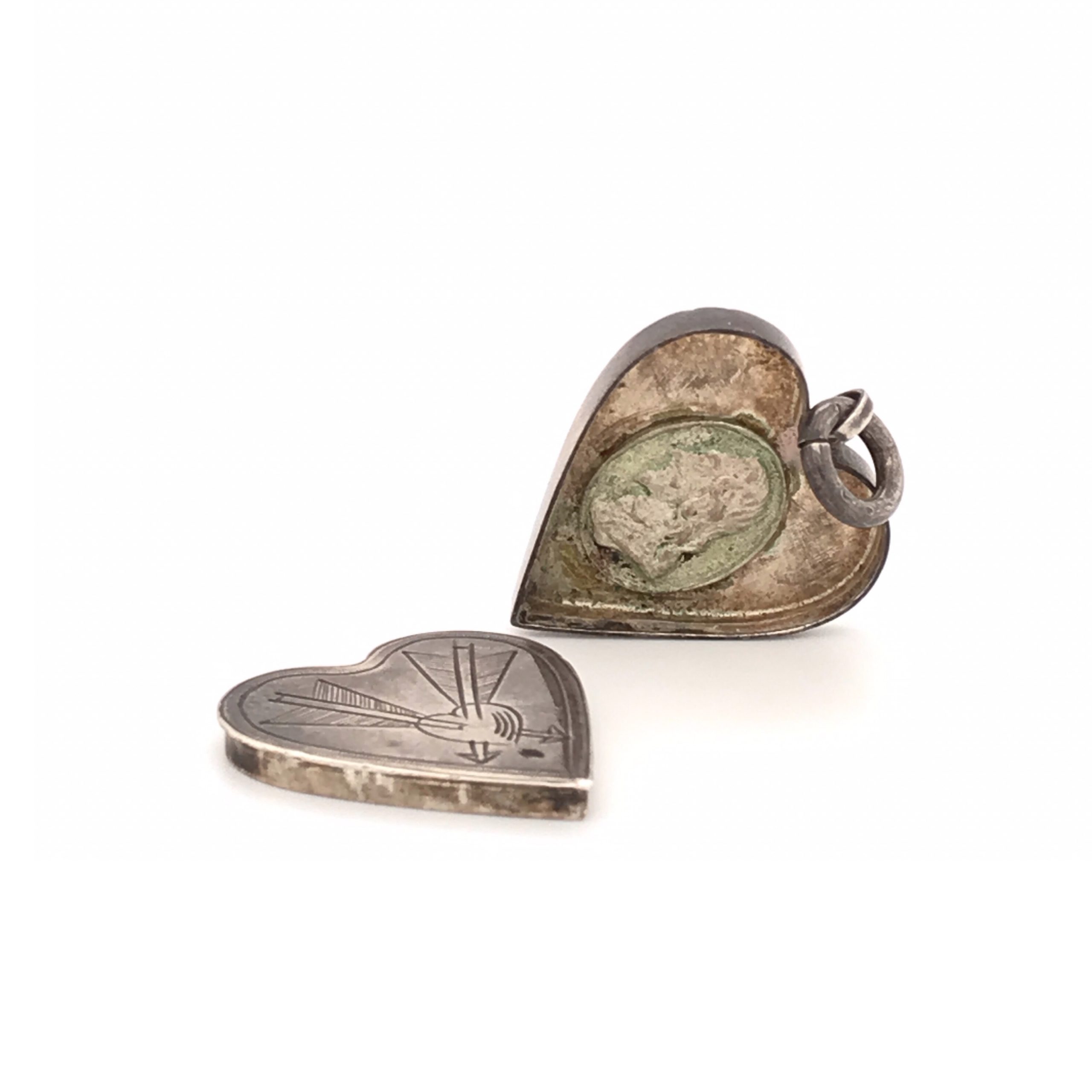 a heart shaped compartment, the exterior engraved with an eye from which drop three tears, the other side depicting a heart being pierced by two arrows with a single drop of blood, the interior containing an applied pressed portrait of King Charles I based on that produced by the medallist Thomas Rawlins.

A closely comparable locket, also engraved with the heart pierced by two crossed arrows, resides in the Victoria and Albert Museum (Museum No.: M.811-1926). Another was included in exhibition ‘The King’s Blood: Relics of King Charles I’ held at Wartski in 2010 and curated by Sophia Tobin.

Immediately after the execution of King Charles I, memorial jewels were made for subjects who remained loyal to him and his successors. They continued to be made until the Restoration in 1660.  It was dangerous to possess such items during the Commonwealth, so they were often small and embellished with obscure symbols on the exterior (recognisable to fellow royalists), with the image of The King hidden within.