A Sardonyx Cameo of Perseus by Niccolò Morelli 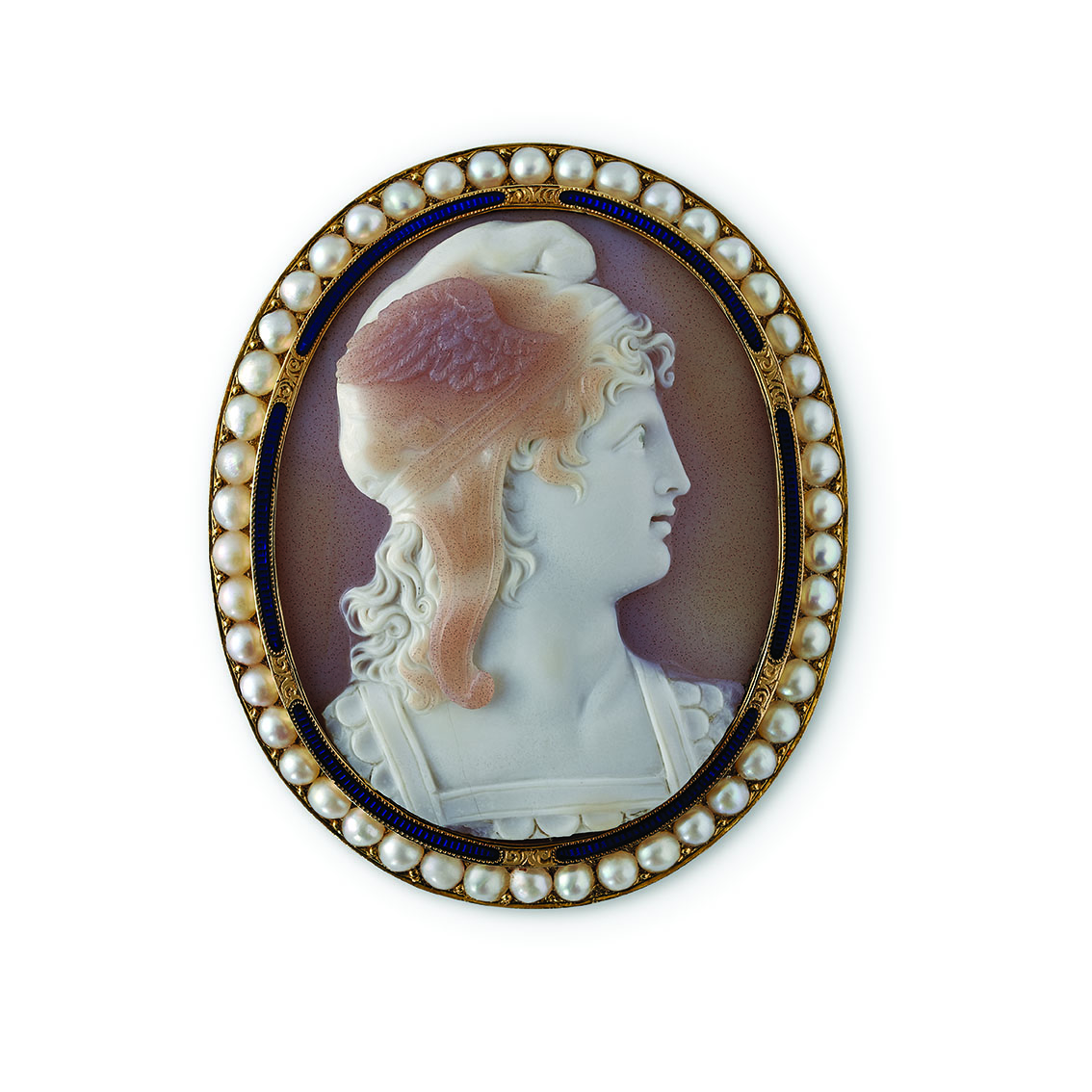 carved in a light pink sardonyx, a right facing profile of the hero wearing his distinctive winged Phagian helmet with scaled armour.

Mounted in a yellow gold brooch with a navy blue guilloche enamel border punctuated with gold sections with engraved scrolls, the outer border comprising of a single row of pearls.

This depiction bears similarities to the famous statue of Perseus by Antonio Canova, which was first shown in 1801. Morelli certainly knew this work of art, as he carved a black sardonyx bust of the head of Perseus based on the Canova marble, which was later mounted by Castellani.

It differs however in some significant ways, for example, the length of Perseus’s hair, the stiffness of his cap and the scaled armour he wears. It appears to adopt stylistic elements more redolent of the late Baroque. The scales are, for example, more akin to Pierre Puget’s sculpture of the hero with Andromeda.