A Sardonyx Cameo of King George IV by Giuseppe Girometti 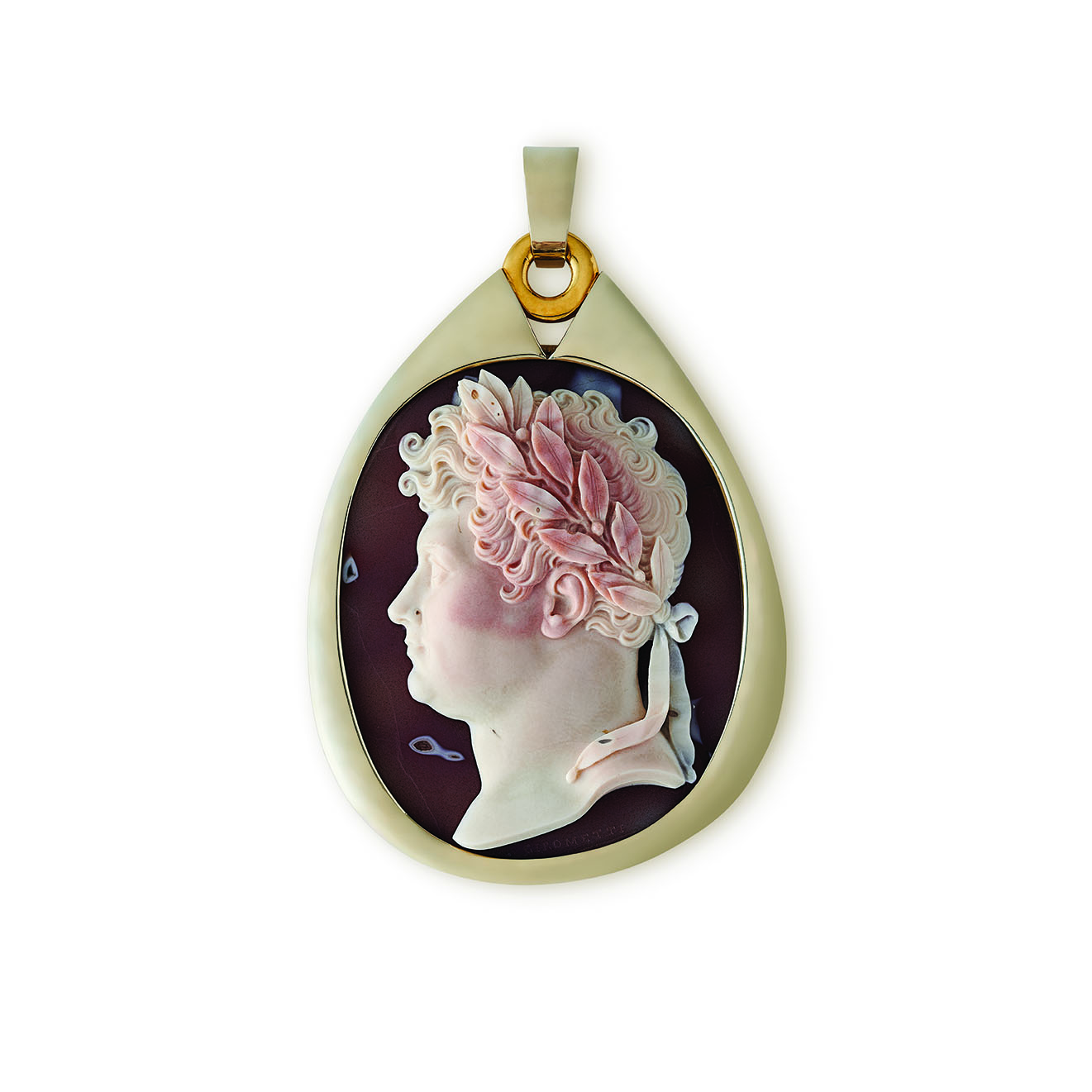 carved in a pink coloured piece of agate, comprising of a left facing portrait of the King wearing a laurel leaf crown.

Mounted in a yellow gold pendant, circa 1960 by Bulgari. 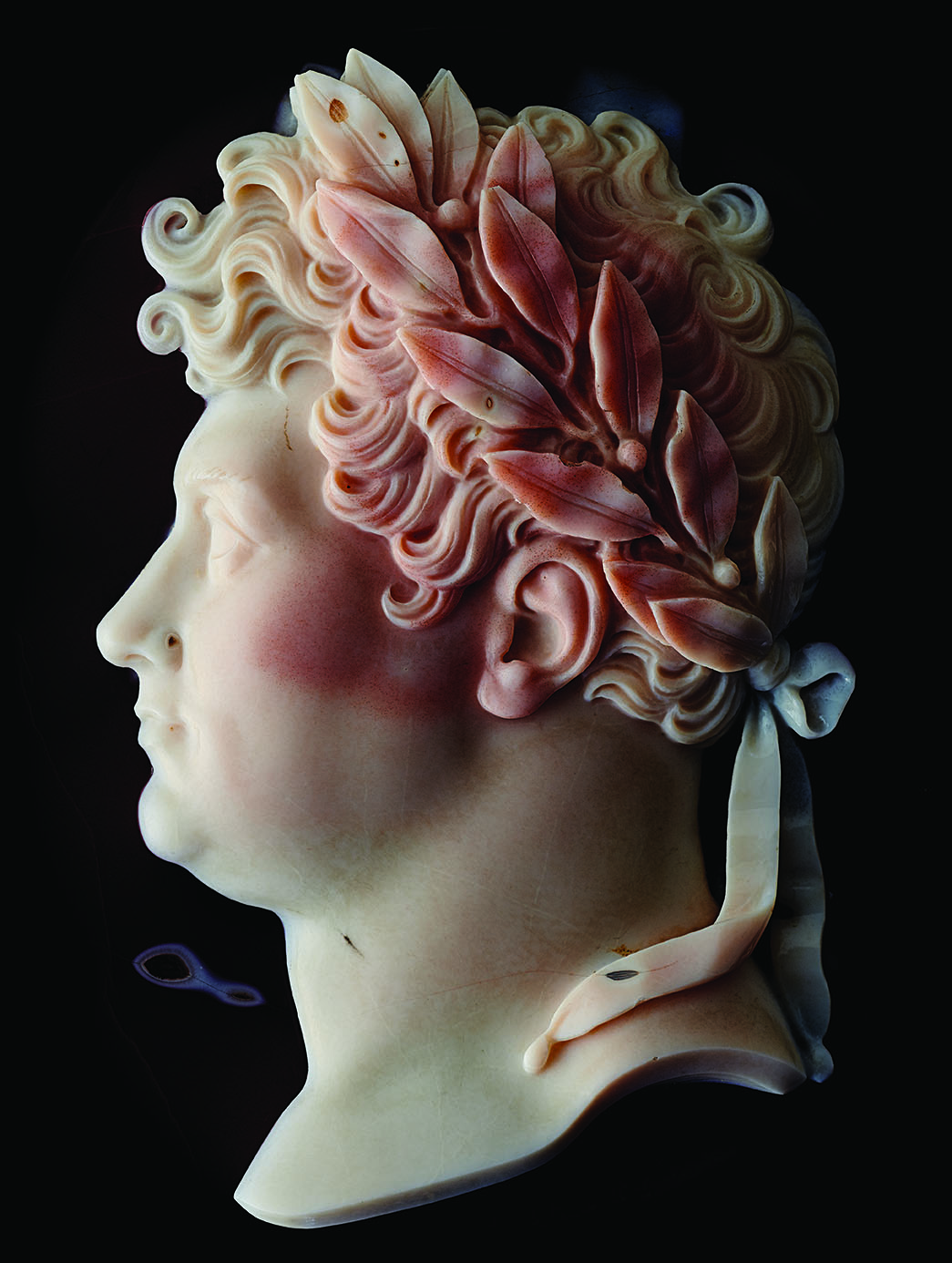 A closely comparable cameo portrait of King George IV by Girometti in a similarly coloured piece of agate can be found in the permanent collection of the Victoria and Albert Museum (Museum No.: A.7-1959). It was donated to the museum by Dowager Viscountess Mersey.

During his regency, and after his accession to the throne and the coronation, King George IV’s interest in engraved gems manifested itself in the commissioning of a series of self portraits. In the tradition of the rulers of Classical antiquity and the Renaissance, he used these gems as gestures of royal favour, giving them to close friends, courtiers and diplomats as gifts. Most were based on the portrait completed by the medallist Thomas Wyon (1792-1817) after Sir Thomas Lawrence (1769-1830) in 1815, where the King appears as a Roman emperor with a crown of laurel.

The commissions were likely overseen by the court goldsmith Rundell Bridge and Rundell. As newly appointed Head Engraver to the Papal Mint in 1822, Girometti would have been a highly regarded artist in Europe. Among the other carvers approached to create these gem portraits was the chief engraver of the Royal Mint Benedetto Pistrucci (1784-1855).

It is possible that this cameo once belonged to William Stuart (1798-1874), a gift to him from King George IV. Stuart was a British politician and courtier who was the grandson of Prime Minister John Stuart, Third Earl of Bute. His mother Sophia Stuart had been a close confidante of Queen Charlotte and his great aunt, Lady Charlotte Finch, had served as Royal Governess to George when he was an infant.

After Stuart’s death, his possessions were sold by Christies on 11th March, 1875. Among the items sold was “a Very Fine onyx cameo head of George IV, crowned with bay, by Girometti – in gold locket, signed.” The gem was acquired by Isaac Falcke (1819-1909) from the sale for a price of £47 and 5 shillings, a substantial sum of money. Christies sold the collection of Isaac Falcke in April and July, 1910.

The cameo has been mounted in a modern setting by Bulgari and it seems likely that it once formed part of the famous Bulgari Collection of carved hardstone objects and goldsmiths’ work built by the company under the leadership of Constantino Bulgari (1889-1973).