A Sardonyx Cameo of Eros Riding a Dolphin 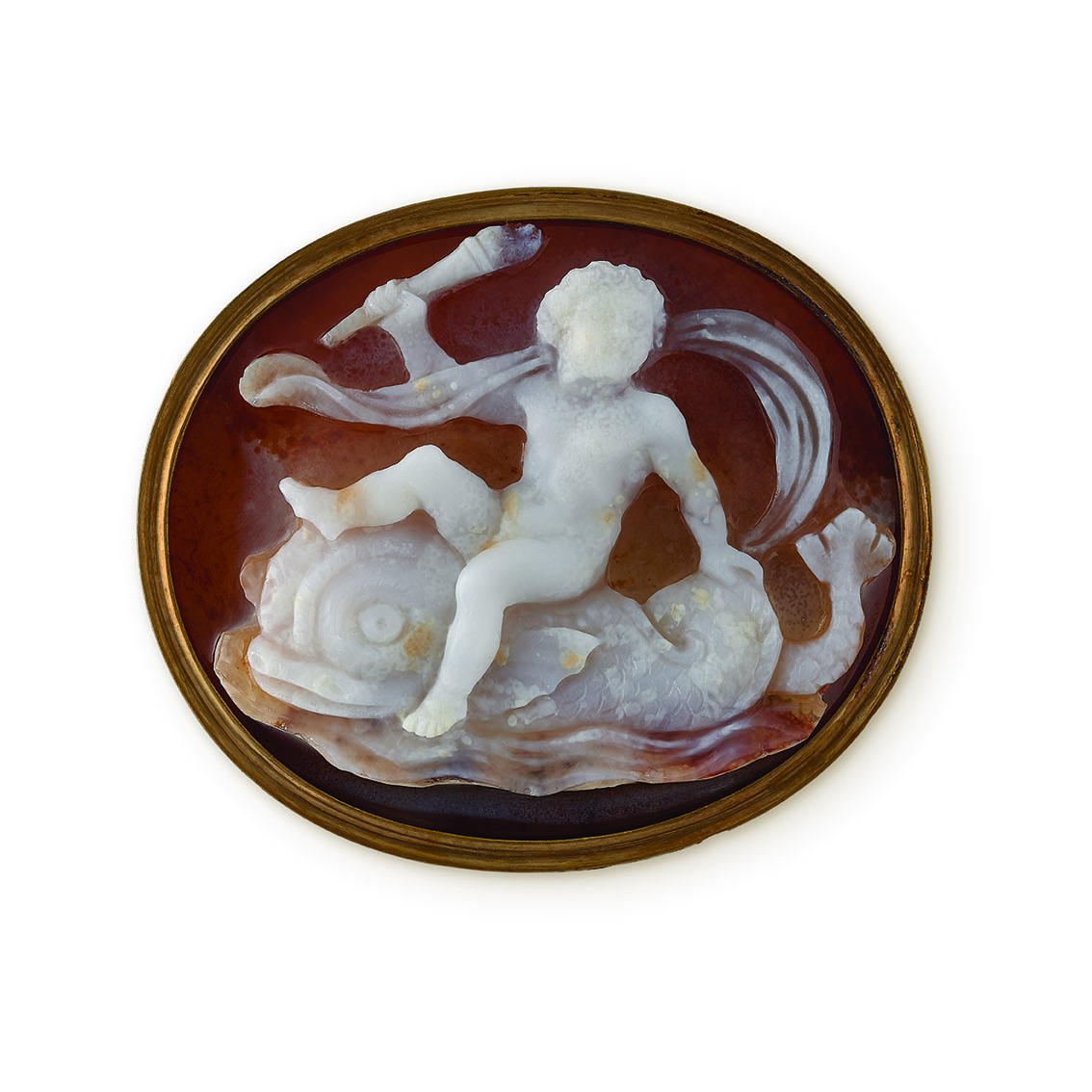 of oval form in a figured red and orange sardonyx, depicting the god of love riding a dolphin carrying a flaming torch.

This image can be traced back to classical antiquity. The God of Love copies the heroic deed of the Greek poet and singer Arion, who was carried by a dolphin to safety after being betrayed by his villainous crew on a voyage to Corinth.

Eros is depicted without wings, holding aloft a flaming torch, a symbol of eternal love, which the waters have been unable to extinguish. The dolphin could be considered an attribute of Eros’ mother Venus, for like her they are born of the sea. He is draped in fabric, the creature stylised in the Baroque taste.

The late 16th Century Italian artist and engraver Giovanni Andrea Maglioli created a series of etchings which depicted cupid with various species of sea monster, including a dolphin. His engraving of a gryllus head would prove particularly popular with 18th and 19th Century  gem engravers.