A Sard Intaglio of Goddess Diana by Giovanni Pichler 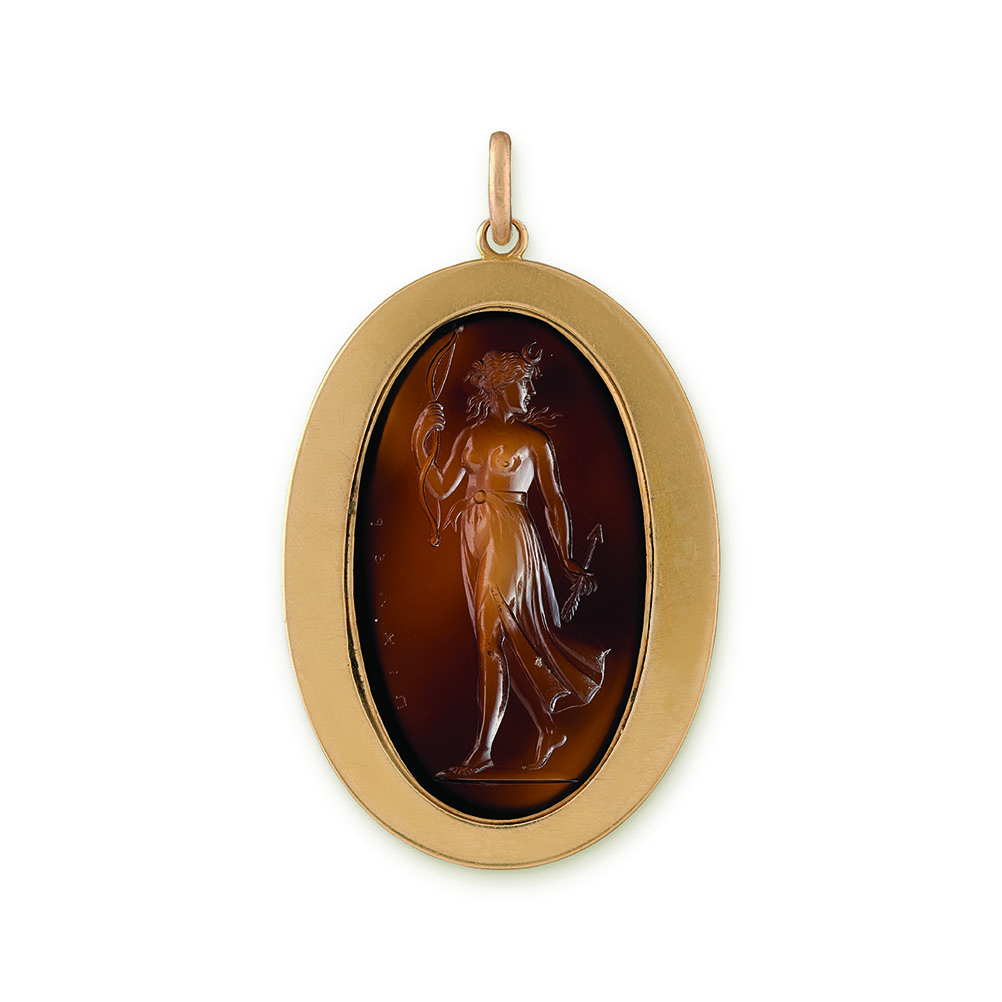 an intaglio in brown sard, depicting the goddess bare chested holding a bow upraised in one hand and an arrow in the other, her head looking backward turned across one shoulder, her attribute (the crescent moon) resting above her forehead.

Mounted in an antique yellow gold pendant, circa 1800.

A cast of this gem appears in William Tassie’s collection of impressions collected after 1791, where it is described as ‘Diana by Pichler.’ The goddess Diana was a Roman deity associated with the wilderness, animals, the moon and hunting. She is often depicted with a bow and arrow or surrounded by hounds or a stag (the latter in reference to the death of Actaeon, who was killed by his dogs after Diana turned him into a stag after he came across her bathing).

The curious composition of this depiction of Diana, her head looking back over her shoulder, one arm raised towards her chest, the other held straight by her side, is redolent of a painting entitled Diana the Huntress by a member of the School of Fontainebleau, circa 1550.

It was painted as a portrait of Diane de Poitiers, mistress of King Henry II of France. Pichler preferred working in intaglio and recommended the technique to his students. He believed that to become an excellent gem cutter, mastery of this particular technique was essential. Here he has ingeniously utilised different depths in the solidly coloured sard to suggest the fineness of the material draped around Diana’s waist.