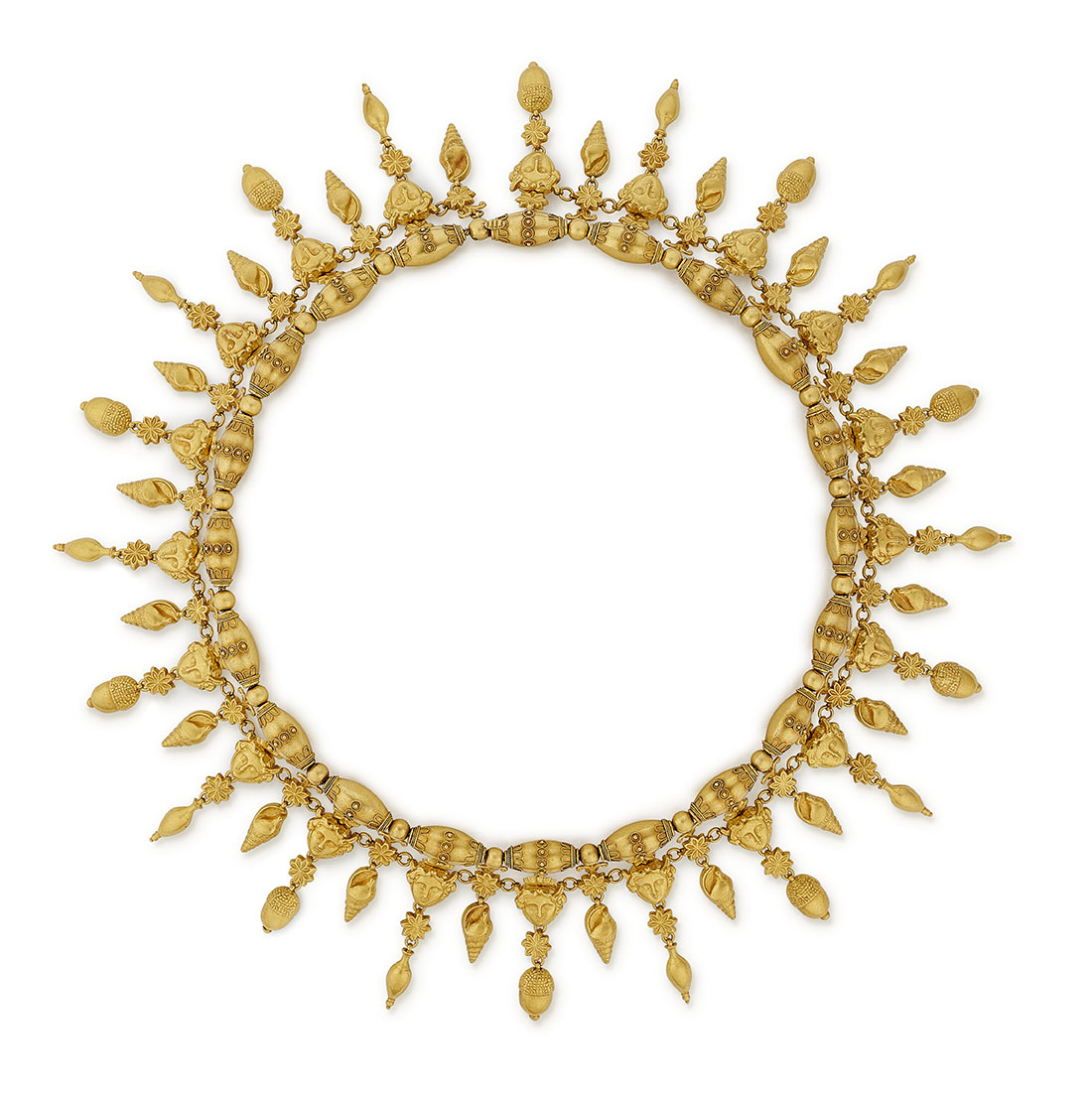 comprising of a yellow gold woven chain core onto which are threaded torpedo shaped beads decorated with wirework and granulation alternating between spherical beads, from which are suspended yellow gold horned masks with floral motifs and alternating stylised drops and acorns, alongside spiral seashells in yellow gold hanging from flower heads.

The design is taken directly from a reconstructed Etruscan necklace which was in the famous Campana Collection, now in the Louvre in Paris. The Campana collection was an exceptional assemblage of ancient jewellery compiled in the mid-19th Century by Giovanni Pietro Campana (1808-1880), director of the Sacro Monte di Pietà. It was eventually sold to Napoleon III in 1860-61, after Campana was arrested and the collection confiscated in 1859. Before its sale, the jewels were in the possession of the Castellani family in Rome, who made cast copies of the pieces. It is believed that Carlo Giuliano (1831-1895) was apprenticed to Alessandro Castellani in Naples before he moved to London.

A printed engraving of the necklace was reproduced in Eugene Fontenay’s book ‘Les Bijoux anciens et modernes’ published in 1887 on page 162. As Giuliano had worked for Alessandro Castellani and was a highly respected scholar of goldsmithing in the ancient world, it is likely he had been made aware of the necklace before 1887. 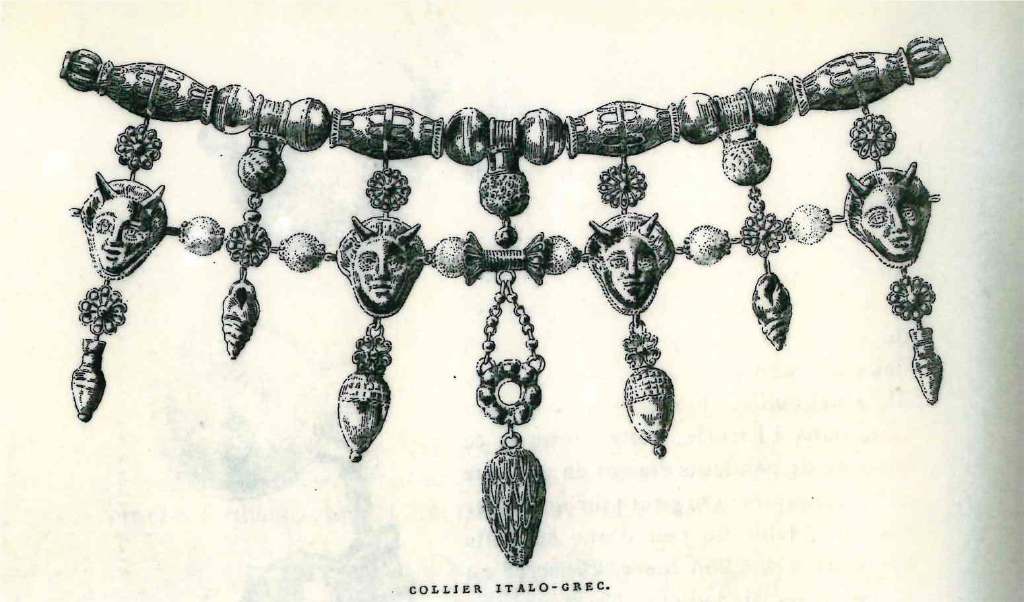