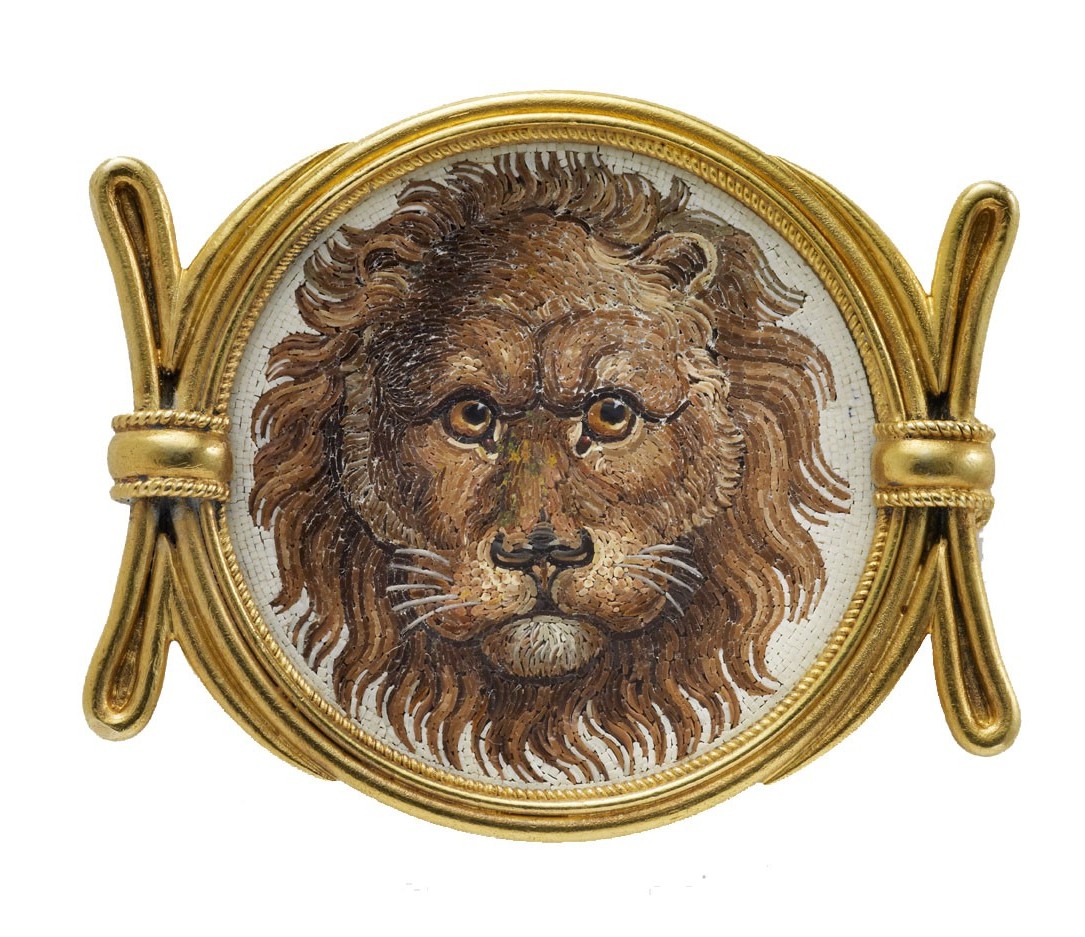 decorated with a circular micromosaic panel depicting the head of a male lion against a cream ground, set within a gold frame flanked by two tied batons highlighted with twisted gold wire.

Signed to the reverse with Castellani’s mark of two interlaced C’s.
Rome, circa 1870 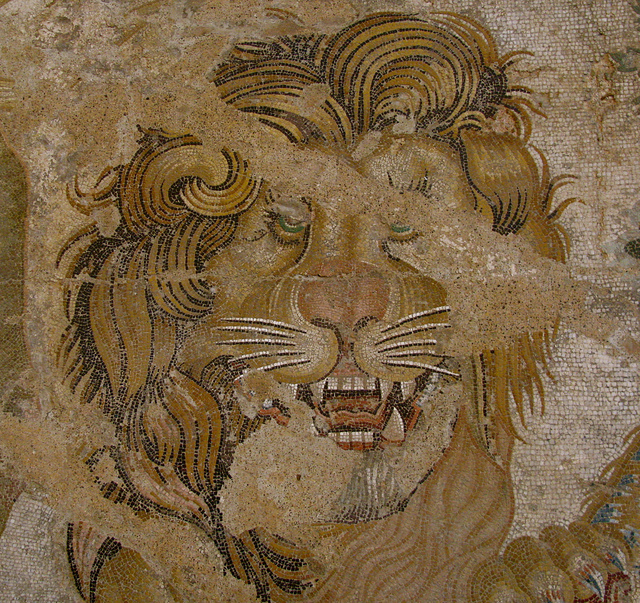 See page 58 of ‘Castellani and Giuliano: Revivalist Jewellers of the 19th Century’
by Geoffrey Munn, for a similar brooch

Micromosaics were hotly collected throughout the 18th and early 19th centuries. The finest examples were to be found in Italy, where several expert mosaicists had established workshops in Rome and Naples. They catered for a market of wealthy collectors, who journeyed through the Mediterranean on Grand Tours, selling them miniature depictions of famous historical sites and artworks which could be mounted into snuffboxes or jewels. It proved an intoxicating combination, reviving a technique from the ancient world to create souvenirs of exceptional quality and craftsmanship.

The firm of Castellani were to raise the medium to dazzling new levels of perfection and design. Rejecting more traditional subjects, Castellani instead focused on recreating in miniscule detail elements (often abstract) of full scale mosaics found in temples and churches across Italy. The result were startlingly modern jewels which were even more rooted in the antique than the more traditional scenes of ruined temples and pastoral settings used by their contemporaries.

The mosaic panel set in this brooch is clearly inspired by ancient Roman mosaics, such as that in the House of Doves in Pompeii, which depicts a lion killing a leopard. The lion was a potent symbol of the Roman Empire, as it was admired for its immense strength and bravery. It was also emblematic of Christ’s resurrection, as bestiaries in the middle ages recorded that male lions had to breathe life into their cubs for they were born dead.