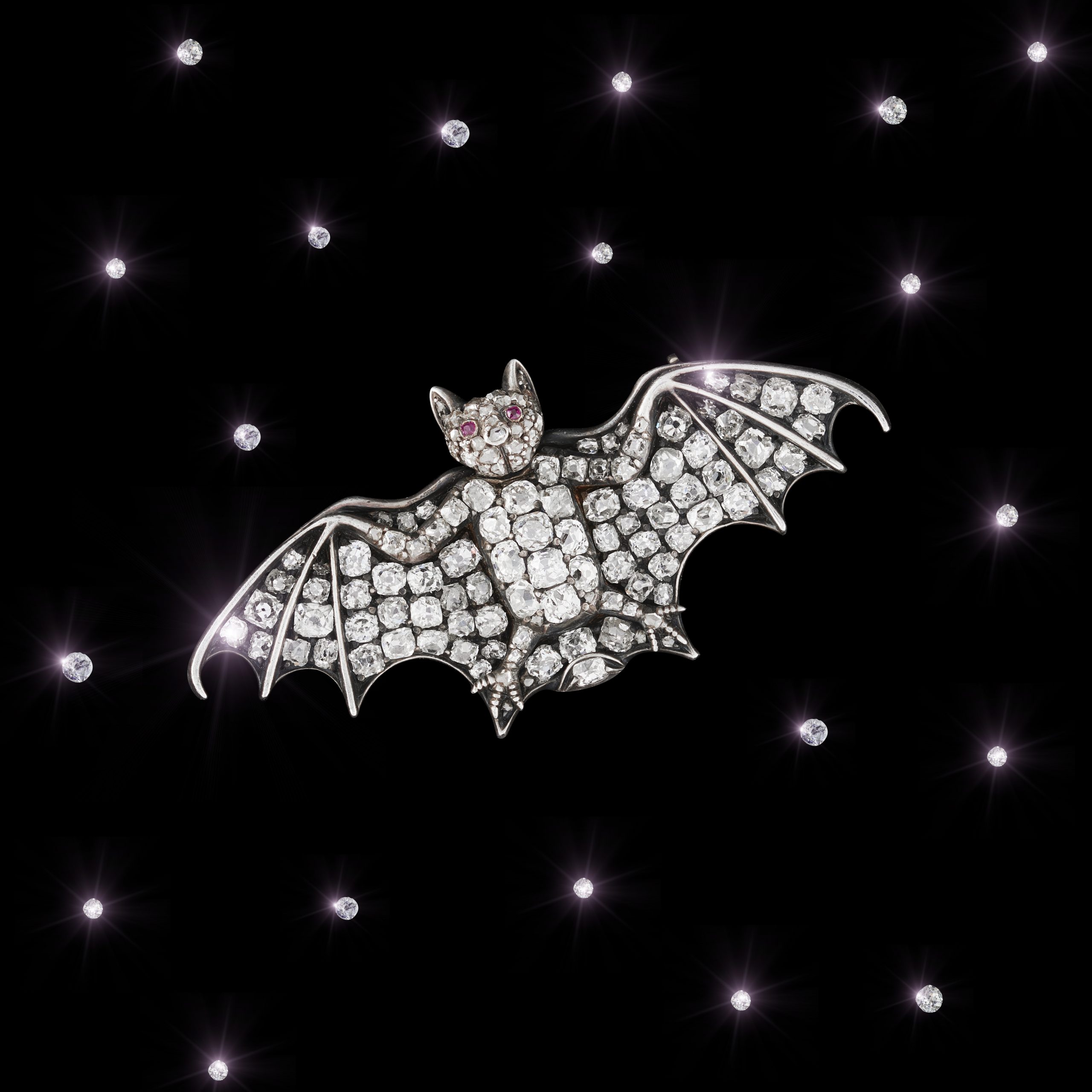 entirely mounted with old mine cut and rose cut diamonds, including the head, body, arms, legs and wings, the eyes denoted by two cushion cut rubies, set in silver and gold.

Accompanied by a frame and screwdriver allowing the brooch to be worn as a tiara using an original screw thread to the reverse.

Throughout the nineteenth century, bats were associated with ruins and churchyards, with sleep, the soul and by extension death. A nocturnal creature, it was linked with monsters and malevolent forces, most famously to vampires in Bram Stoker’s ‘Dracula’ (published in 1897, the connection between vampires and bats predates Stoker and can be traced as early as the mid-nineteenth century). It became a symbol connected to the art and literature of the Gothic movement.

Bats also received much interest in zoological publications during the century, with intricate engravings capturing the imaginations of the Victorian public. Their dark, mythological status was reaffirmed as readers learnt of the existence of blood drinking species in bestiaries of the time.

The bat as a subject in jewellery design is very rarely seen until the turn of the twentieth century, when it was embraced by designers such as René Lalique. Artists and craftsmen of the Art Nouveau movement, with its foundations in Japanese art, would have been aware of a very different interpretation of bats, as in Japan they are considered symbols of good luck and good fortune.

Jewels predating 1900, particularly so lavishly set with diamonds, are very rare. The brooch would clearly have been made with the intention of playing with the disquieting associations of the bat and is imbued with the Victorian sense of the macabre (as well as a clear sense of humour). The perfect jewel to be worn by a patron of the Gothic arts.