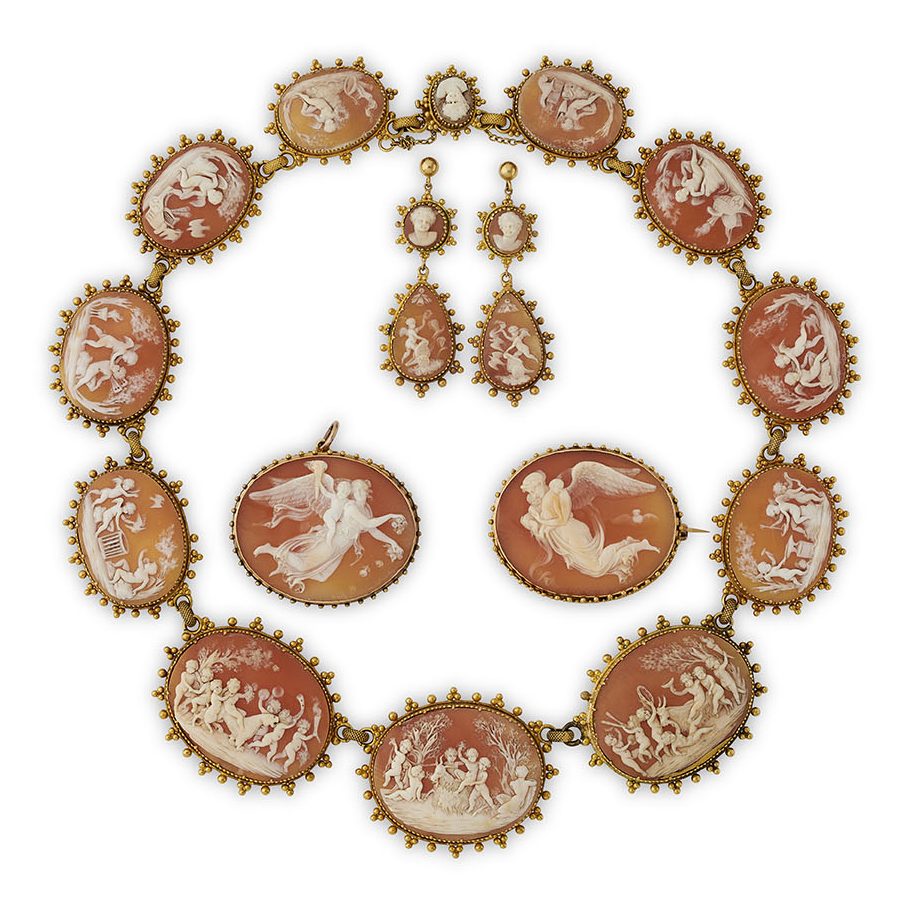 Accompanied by a pair of matching drop earrings, comprising of two pear shaped shell cameos which depict Cupid in a chariot being pulled by doves and butterflies (symbols of peace and the attribute of Psyche respectively), suspended from oval shaped portrait cameos of Cupid with beaded decoration.

The suite is accompanied by a brooch and pendant depicting Night and Day, the composition taken directly from the bas-reliefs of the same subject by Bertel Thorvaldsen (1770–1844).
Presented in its original red morocco leather fitted case, a handwritten note contemporary with the suite pinned to the inside of the lid identifying the scenes depicted. 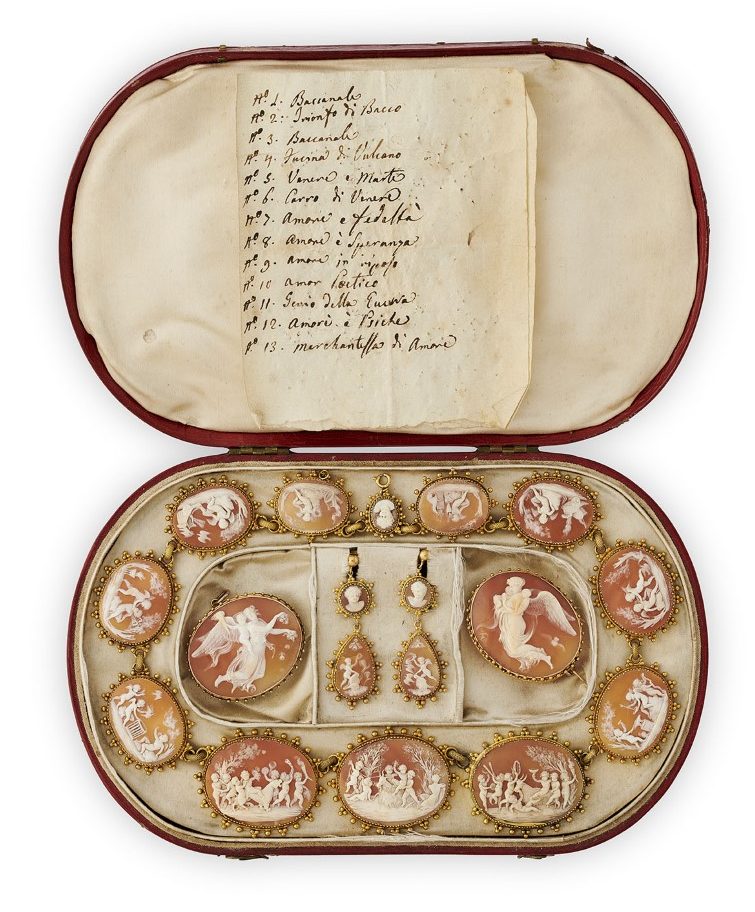 A translation of the handwritten note:

It would appear that number one refers to the cameo on the left hand side of the central carving and the numbering runs anti-clockwise from there. It also appears that Night and Day were not identified as such by the author of this note. It is possible that the ‘Genie of War’ refers to the Night carving, as it could have been interpreted as an allusion to death. ‘Love and Hope’ may well refer to the Day carving.

The scenes which adorn the necklace are most likely derived from engravings published around the period the suite was made, as well as ‘visual posies’ which were widely used to represent messages of love. For example, the composition of the central Bacchanalian cameo is directly based on an engraving by Francesco Bartolozzi based on designs by Marcantonio Franceschini, published in the late eighteenth century.