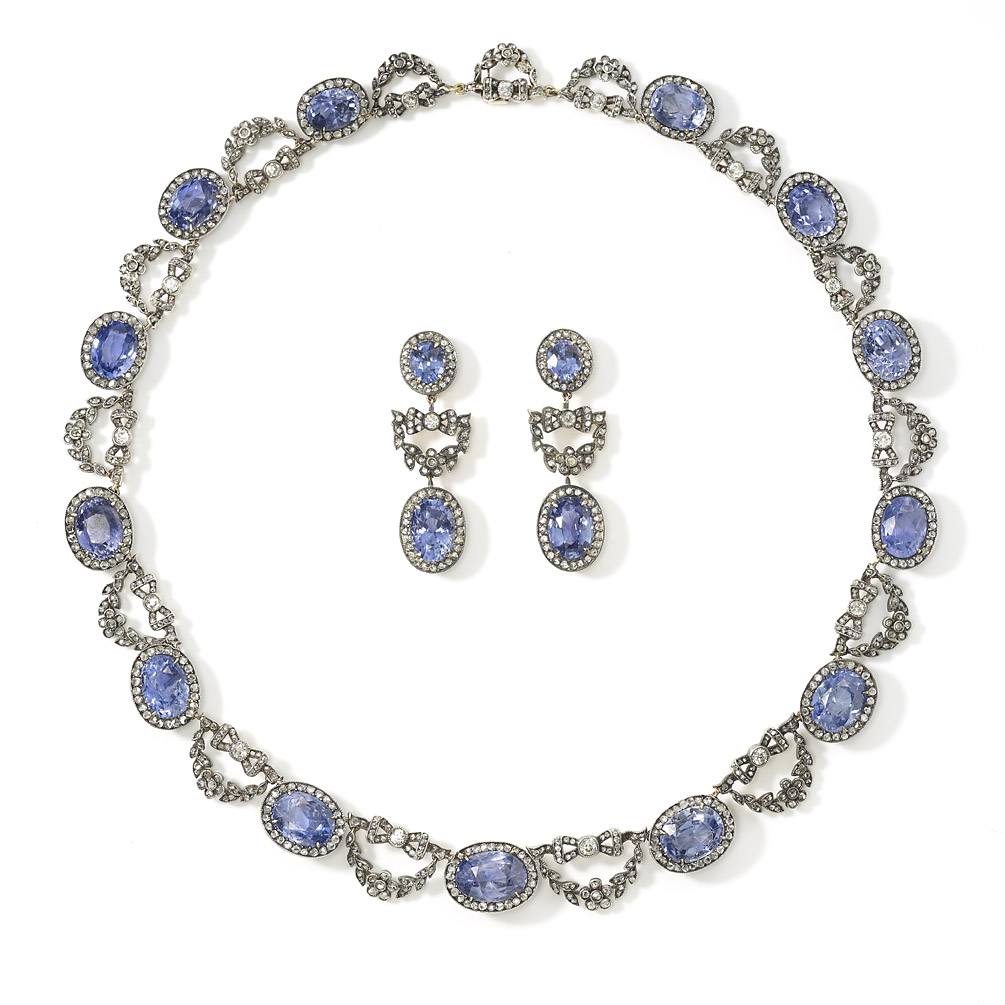 This necklace is an incredibly rare work and prized work of art by Carl Fabergé. Items of jewellery were by far the most expensive works at Fabergé and a jewel of this scale of would have been a considerable purchase.

It is remarkable that the necklace has survived, as most in Russia were destroyed after the revolution in 1917, when they were broken up to extract the precious stones. As a result, most surviving necklaces come from European families, because they were either bought outside of Russia, or taken out of the country once they had been purchased