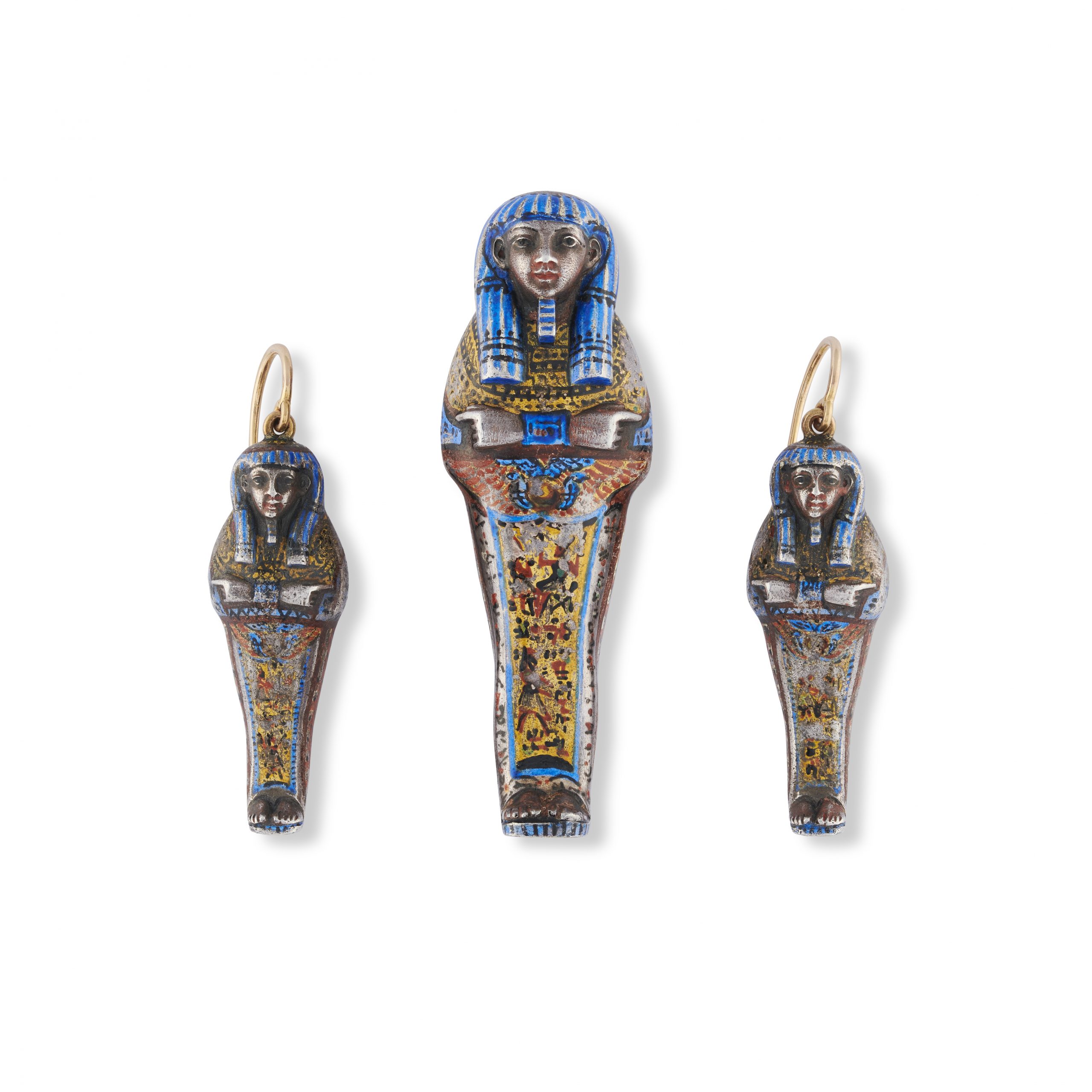 comprising of a brooch and a pair of earrings, each in the form of a sarcophagus modelled in silver and entirely decorated in painted enamel including the reverse, sides and the underside of the feet, with a winged sun disc across the abdomen and a striped blue enamelled headdress, the bodies covered in symbols and images which simulate hieroglyphics, the feet of the earrings each decorated with a single scarab, the reverse of the brooch revealing a glazed compartment with blue counter enamel to the interior.

The French eagle’s head mark for gold stamped to the pin of the brooch and hook fittings of the earrings.

Height of brooch: 6.2cm
Length of earrings: 5cm (from top of hook) 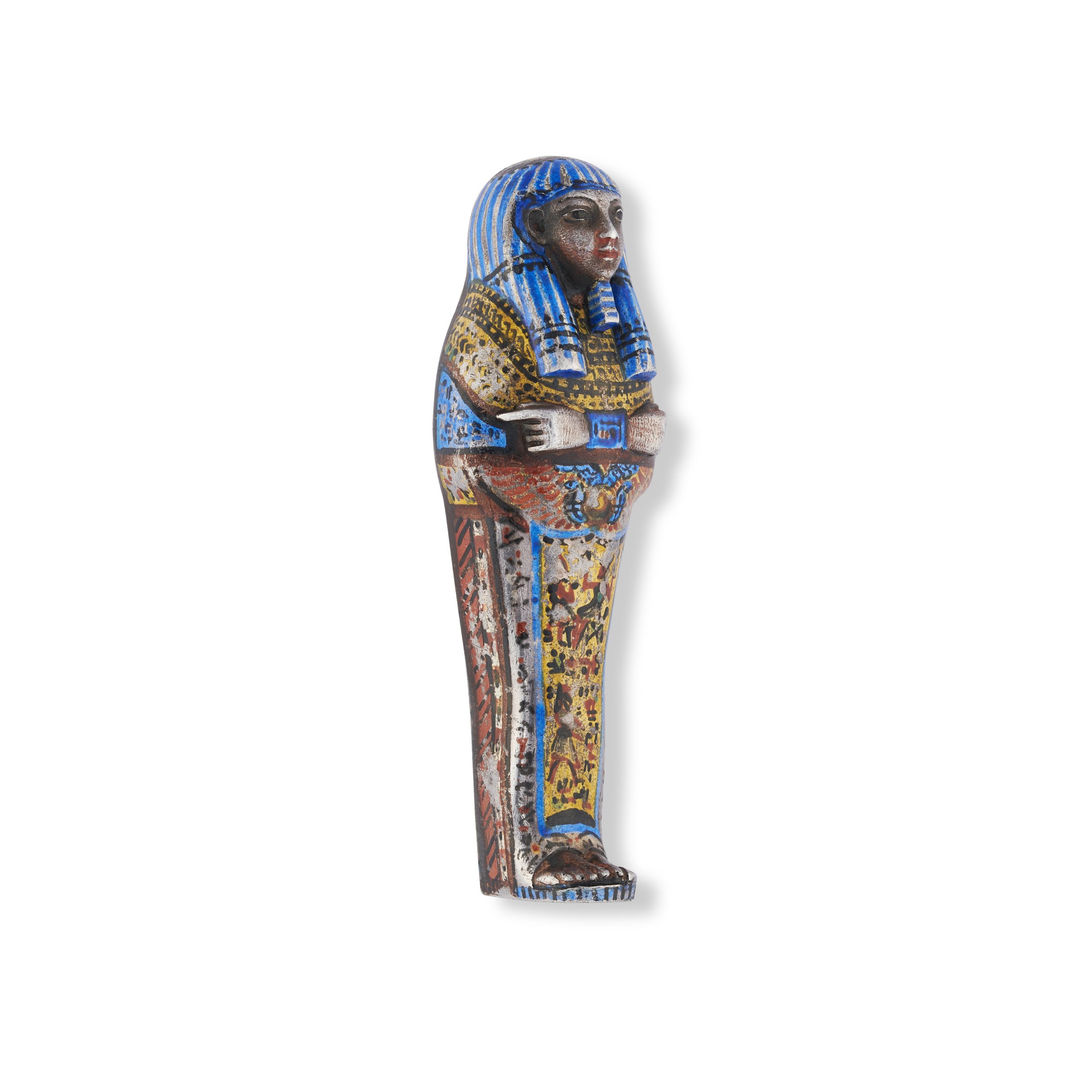 French interest in Egypt and its antiquities was prompted by the Napoleonic campaigns of 1798. During the early 1850s, excavations were conducted by the French archaeologist Auguste Mariette, which uncovered hundreds of crates worth of artefacts, some of which were sent to the Louvre in Paris. In 1867, the Parisian master jeweller Gustave Baugrand dedicated his display at the Exposition Universelle to the ancient Egyptian style. His display was dominated by a tall statue of the goddess Isis. Jewels in the ancient Egyptian style would also be created by jewellers such as Froment-Meurice, Eugène Fontenay and Alexis Falize around this time.

By the 1860s, examples of polychrome decorated sarcophagi can be found in the collection of the Louvre, and it seems likely that the maker of the demi-parure based the palette of the jewels on the decoration of such artefacts. Another likely source of inspiration was the mummiform Ushabti also in the Louvre’s collection by the 1860s; small figurines placed in a tomb at the point of burial which were often faience but sometimes polychrome. A large number of Ushabti were part of the Louvre’s inventory by 1852, discovered by Mariette in Egypt.