A pair of pearl and diamond-set cufflinks by Paul Robin, 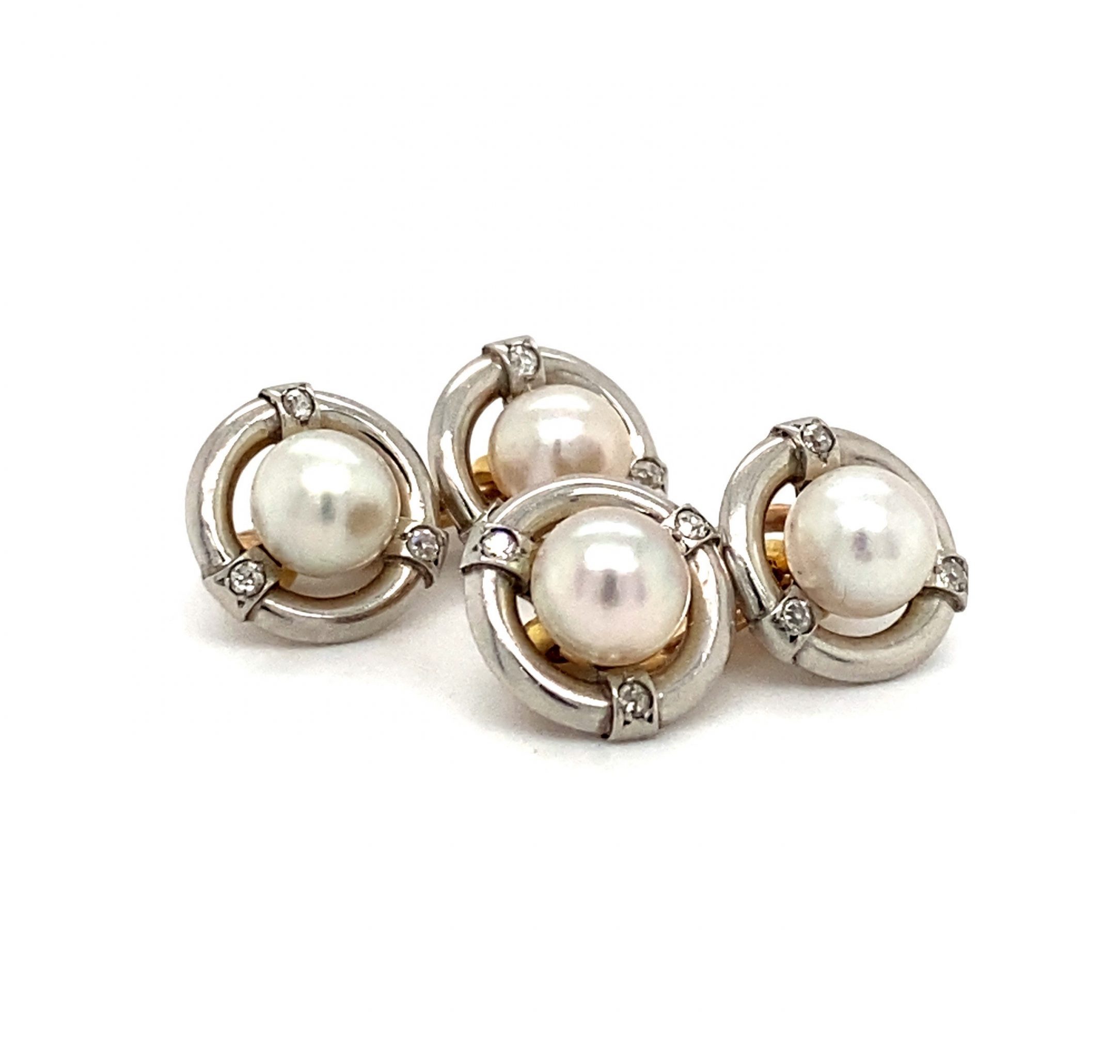 each terminal centred with a Mabe pearl within a circular white polished gold mount set with three diamonds on raised strapwork.

Signed with the maker’s poinçon.

The firm of Robin, established in 1824 in the Palais-Royal, became one of the most respected purveyors of artistic jewellery and supplied many of the most distinguished Parisian firms. Paul Robin, the son of the founder of the business Jean-Paul Robin, managed the premises single-handed from 1880 onwards and specialised in chased and engraved gold work. His repertoire often featured owls, lizards, snakes and equine subjects.

These cufflinks are therefore unusual in his oeuvre surprisingly contemporary in design.