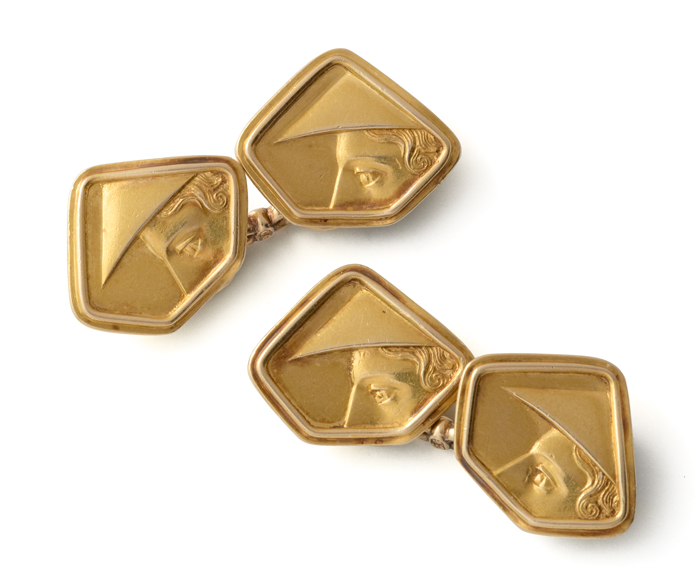 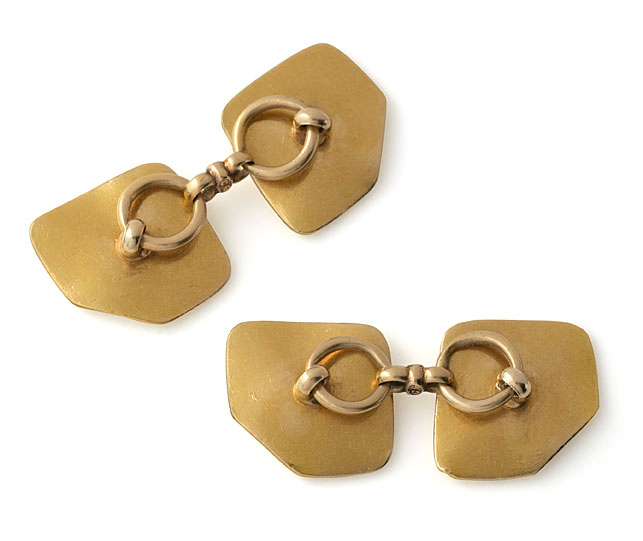 Giuliano cast the gold terminals from a plaster impression taken of a sard intaglio mounted in a gold ring from the permanent collection of the British Museum.

For more information about Carlo Giuliano and his work,
please click the link below:

The Giuliano Family, The Connoisseur, 1975

Information about the intaglio:

– R.E. Raspe & J. Tassie, A Descriptive Catalogue of a General Collection of Ancient and Modern Engraved Gems, Cameos as Well as Intaglios, Taken From the Most Celebrated Cabinets in Europe; and Cast in Coloured Pastes, White Enamel, and Sulphur, London 1791, no. 1662

– A.H. Smith & A.S. Murray, A Catalogue of engraved gems in the British Museum, London 1888, no. 1385 (described as ancient, and possibly depicting Achilles).

With thanks to Hadrien Rambach for
identifying the original intaglio.