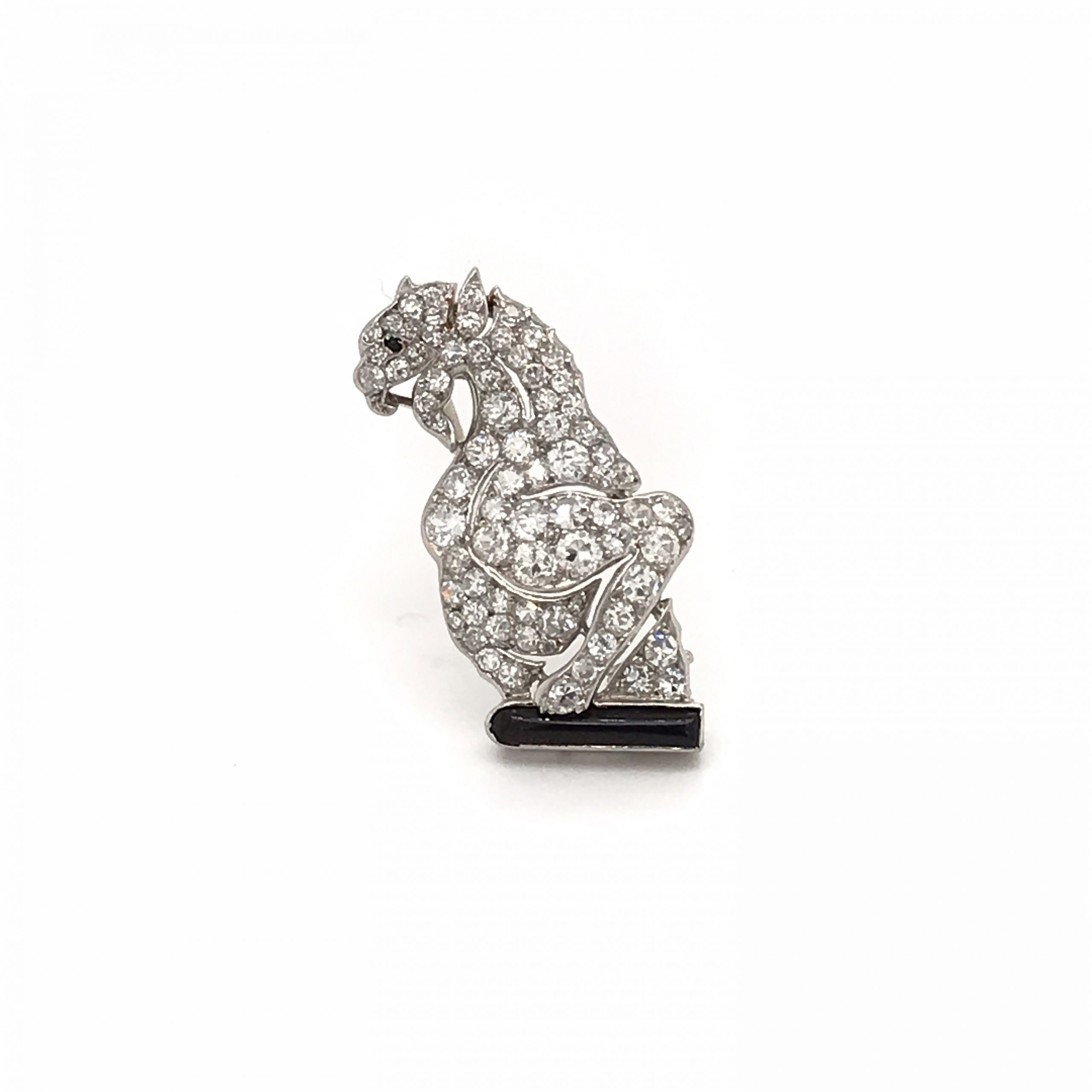 in platinum, set with circular cut diamonds sitting on a polished black onyx base with a cabochon black onyx eye,
directly based on a gargoyle carving which adorns Notre Dame Cathedral.

Notre Dame proved a fruitful source of inspiration for jewellery firms, particularly those working in the 19th Century. The neo-gothic jeweller Wiese famously created jewels adorned with miniature models of Notre Dame’s gargoyles in yellow gold. The magnificent rose windows were miniaturised into brooches by goldsmiths working in Paris, decorated with gemstones or plique-à-jour enamel. Whilst the neo-gothic style is associated primarily with the 19th Century, it would go on to inspire jewellers working in the early 20th Century. One example is a pendant created by Cartier, dated circa 1920, in the form of a gothic arched window mounted with diamonds and centred with a fragment of broken glass from the windows of Reims Cathedral. It is most likely that the model which inspired this brooch was taken from an engraving published in the 19th Century. 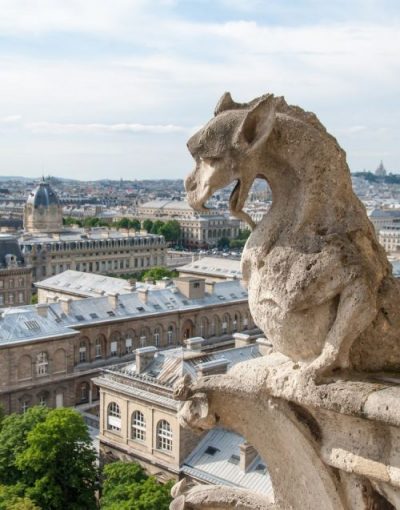