A Neo-Renaissance Enamel and Gem-set Brooch by Fannière Frères 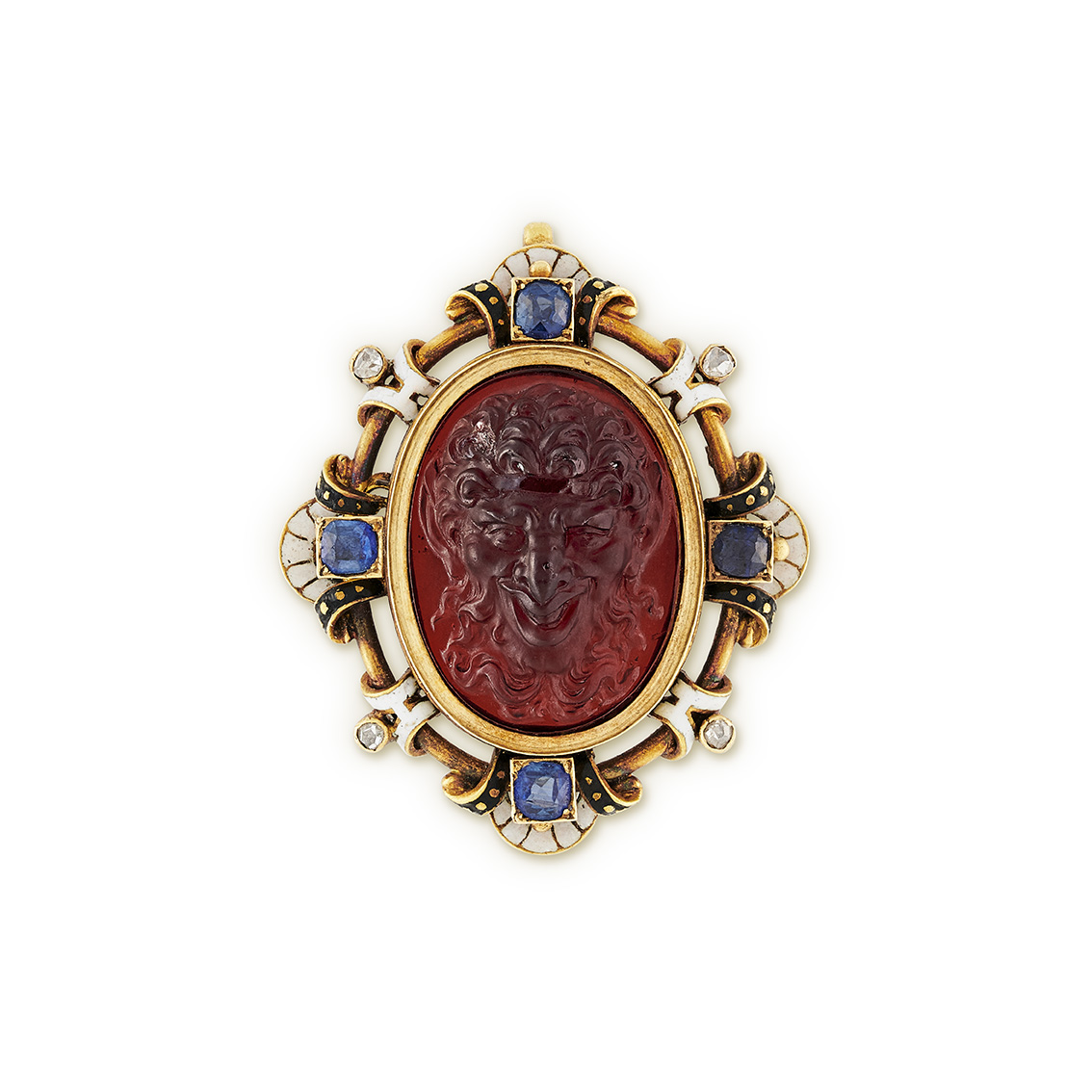 a very finely carved head of a satyr with characteristic pronounced features and pointed ears, a tainia worn across his forehead, mounted in a yellow gold pendant (with later brooch fittings) in the Renaissance taste, decorated with opaque white and black enamel scrolls with sapphires and diamonds. The cameo itself is mounted in a traditional reeded gold border in the Classical taste.

The cameo attributed to the Parisian lapidary H.A Burdy. 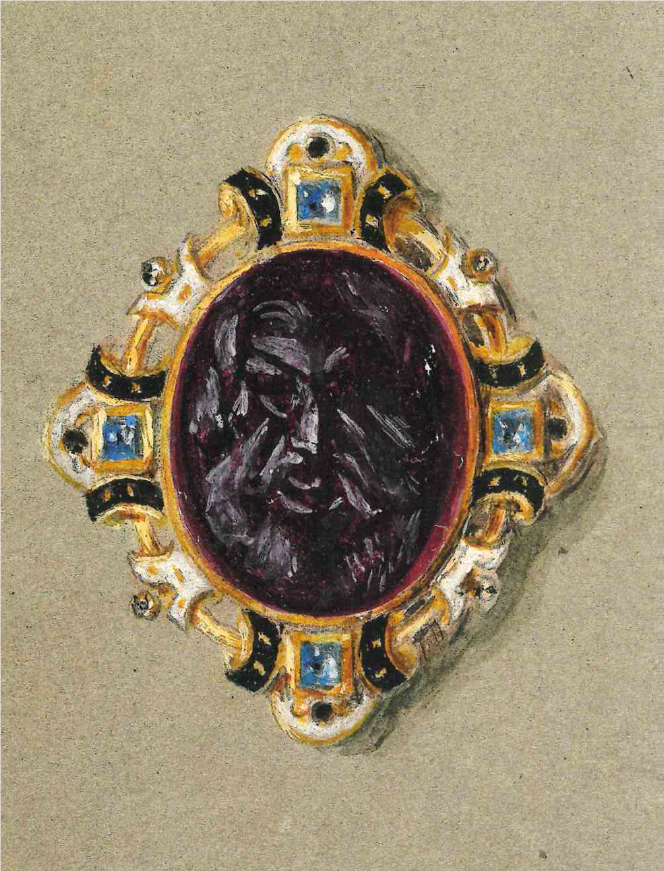 An original gouache design for an apparently identical jewel can be found in the Musée des Beaux-Arts de la Ville de Paris in the Petit Palais.

The subject and material of this gem are highly characteristic of the Renaissance period, although the treatment of the subject and the polish suggest a later date. A Renaissance engraved garnet depicting Silenus, principal follower of the God Dionysus, can be found in the collection of the Duke of Devonshire and is mounted in the bandeau of Devonshire Parure created by Hancocks & Co in 1856.

Burdy was a celebrated gem engraver working in Paris and supplied Frédéric Boucheron, perhaps most famously with the emerald engraved with the head of a lion mounted in the buckle exhibited at the Exposition Universelle of 1900. He was awarded second prize in the concours for the Prix de Rome in 1863.

Auguste Fannière and his brother Joseph established their first workshop after the death of their uncle J.E Fauconnier at 4 Rue d’Assas, creating works of art for firms such as Froment-Meurice and Baugrand. They were also involved in creating the crown for Napoleon III. At the Exposition Universelle in 1862, the brothers exhibited their work under their own name for the first time and were rewarded a gold medal. They went on to win further commendations at the expositions of 1878 and 1889.

The designs was most likely completed by Auguste, who was a talented draftsman. It was published on page 58 of ‘Bijoux Parisiens: French Jewelry from the Petit Palais’ before the jewel was recently rediscovered.