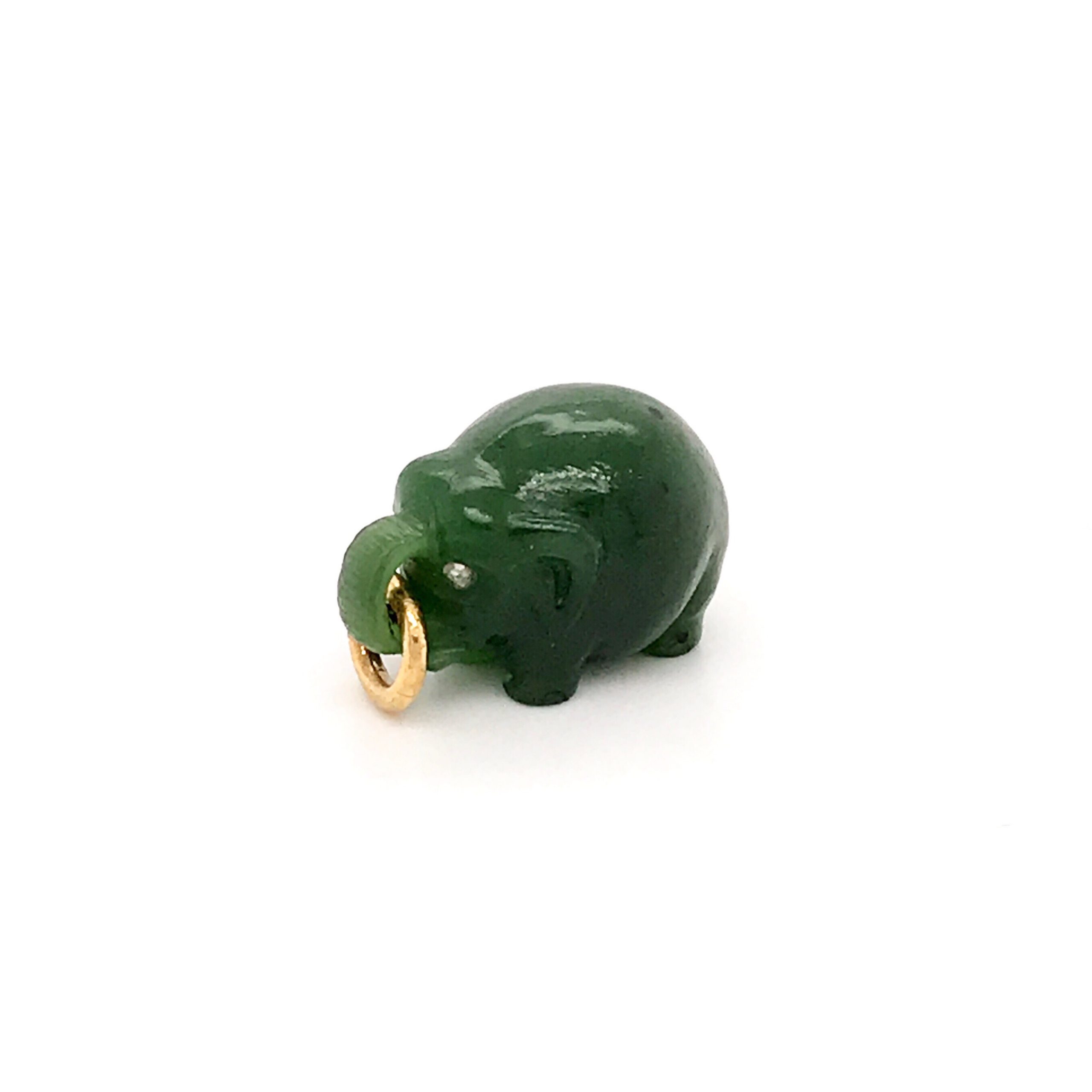 in the form of an elephant carved from Siberian nephrite suspended from its trunk, its eyes set with rose cut diamonds.

This egg pendant was exhibited as part of the exhibition ‘Fabergé and the Russian Jewellers’ hosted at Wartski in 2006, number 105.