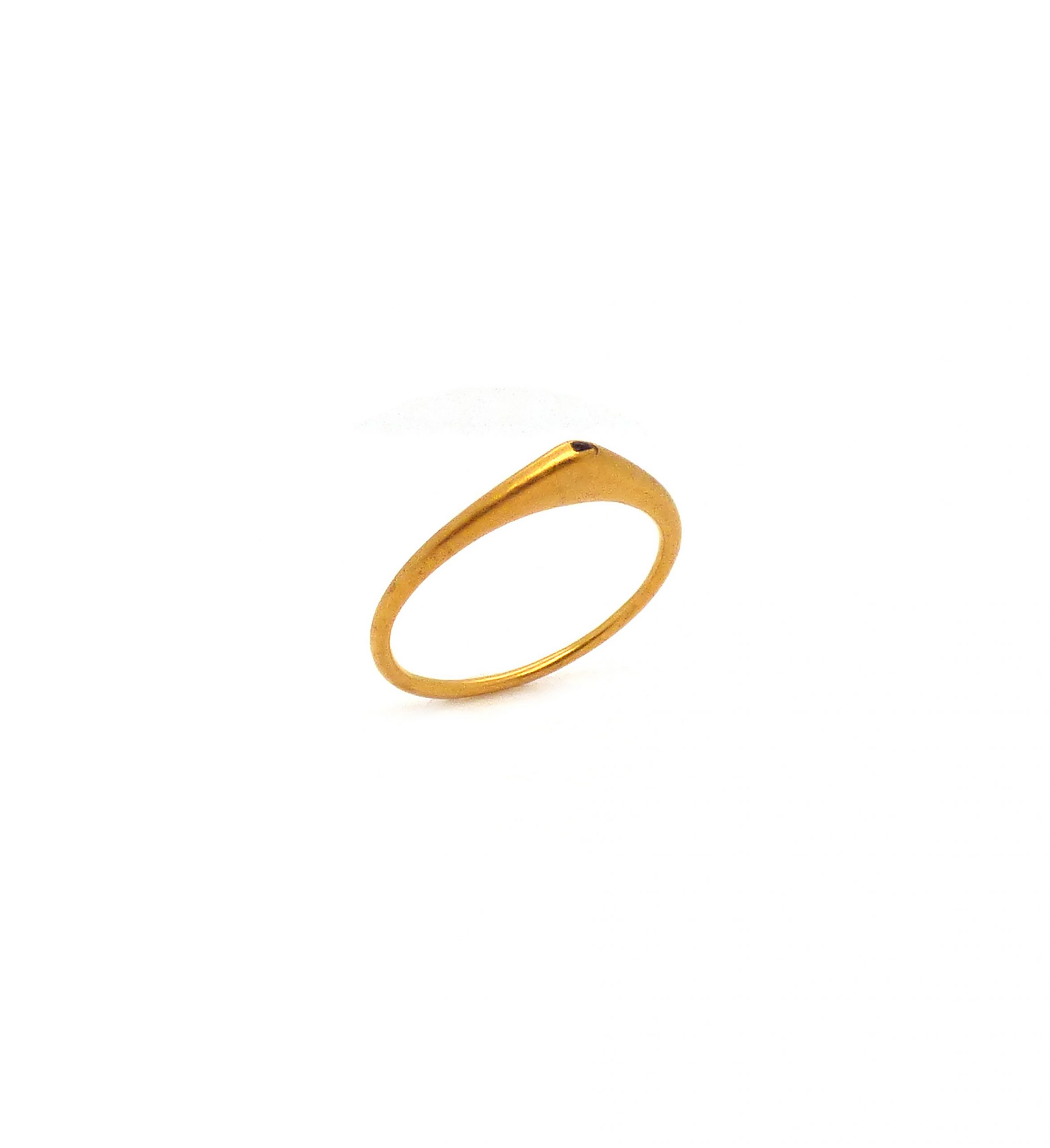 Its elegantly proportioned  yellow gold arch surmounted by a green stone believed to be an emerald.

The patina of the ring giving  it a rich buttery colour, typical of gold which has been buried for centuries. 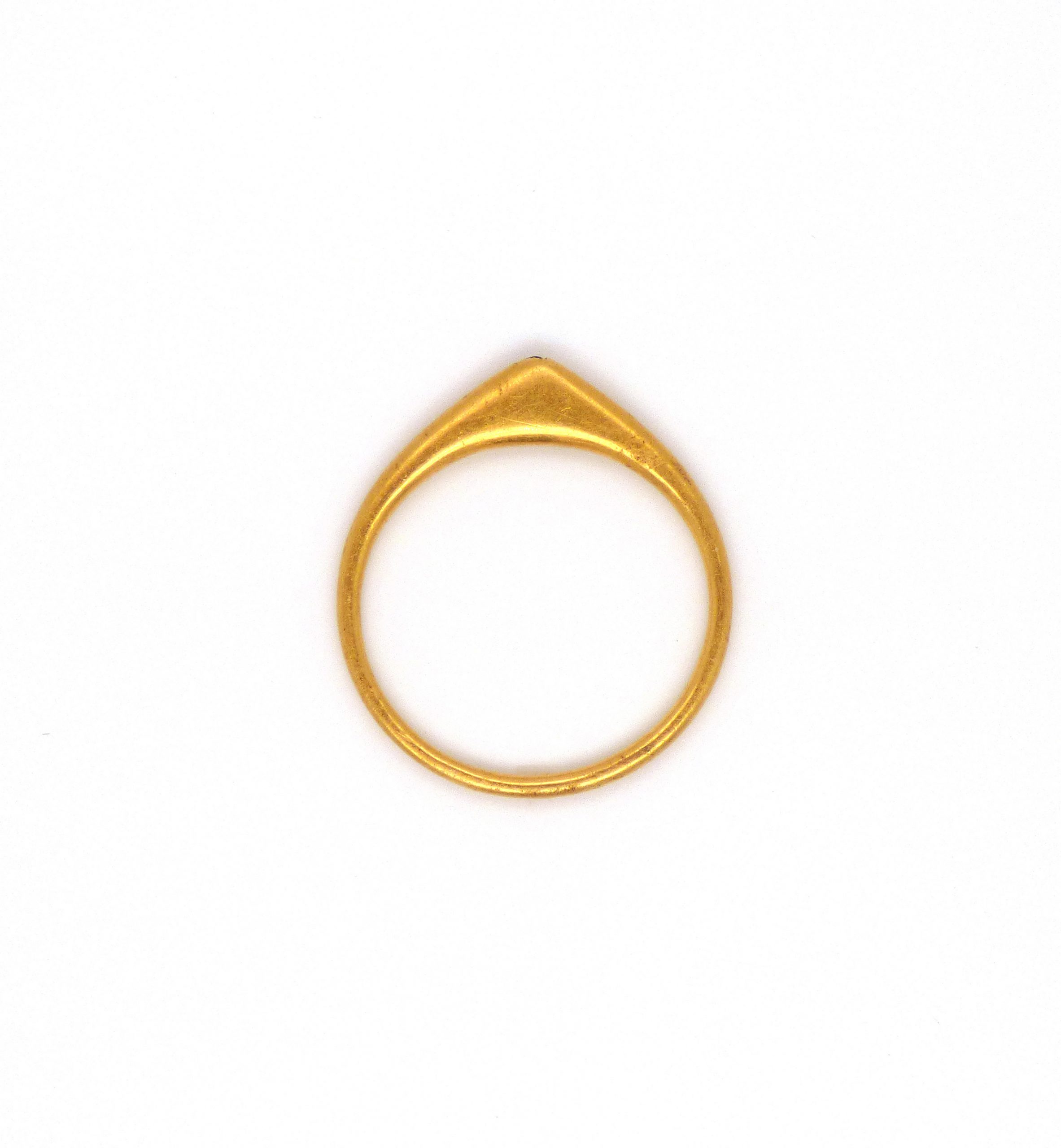 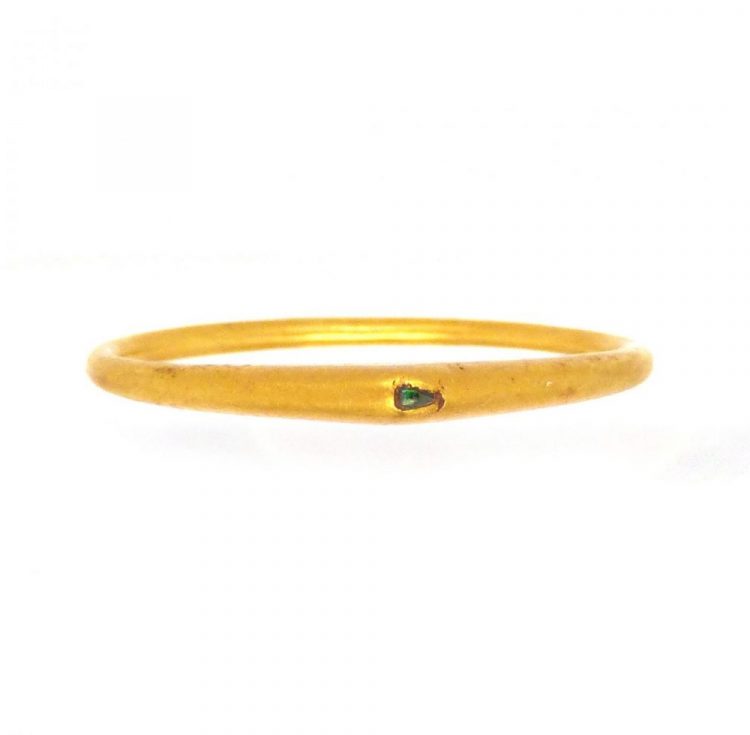 Discovered by a metal detectorist searching on cultivated land in the parish of Falfield South Gloucestershire on 1st January 2020. The ring was declared to
H. M’s Coroner and deemed to be Treasure under the 1996 Treasure act. It was given treasure number 2020 T129 and recorded on the Portable Antiquities Scheme as GLO-078EF7.

The term ‘Stirrup’ is a misnomer used by nineteenth century antiquarians to describe the shape of this type of ring. It has recently been observed they mimic forms found in medieval and particularly Norman architecture. The ring follows the shape of a Norman stone arch.