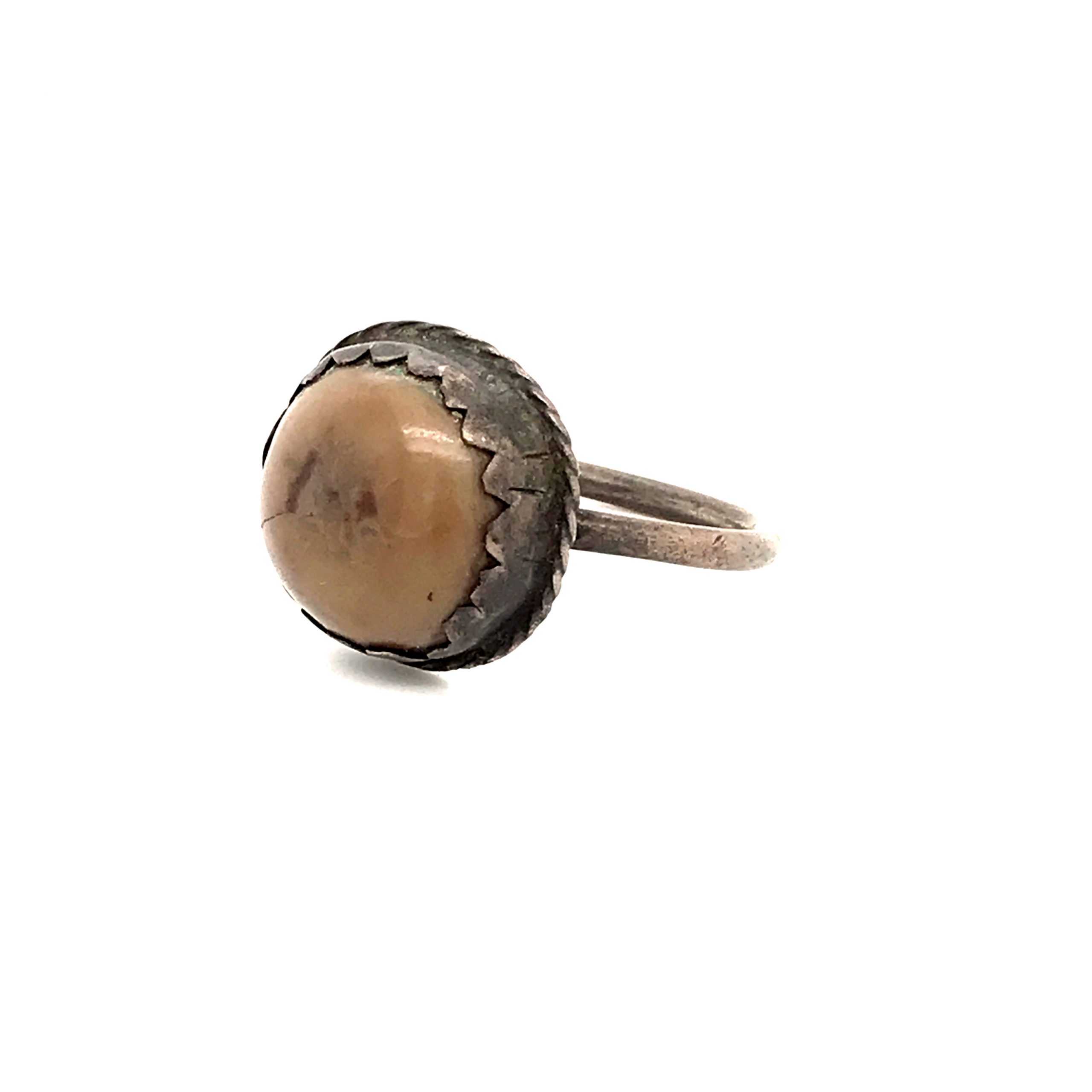 mounted in silver with scalloped rub over setting and twisted wirework border.

Toadstones were highly prized for their magical powers throughout the Middle Ages and into the 17th Century. Although it was believed they came from the heads of live toads, they are in actual fact the hemispherical teeth of Lepidotus Maximus, an extinct genus of ray finned fish from the Jurassic period. 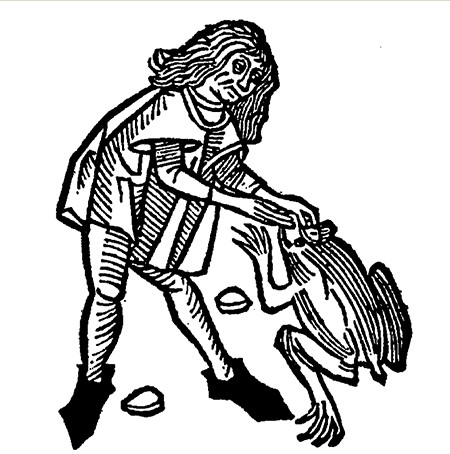 Toadstones were considered an antidote to poison and thought to sweat when they came close to a toxic substance, as described in 1569 by Edward Fenton: “Being used in rings they give forewarning of venom”. As toads were thought to secrete toxins, toadstones were believed to use sympathetic magic to cure those who had been poisoned. They were also worn to protect the bearer from kidney disease, to ensure earthly happiness (Johannes de Cuba, Hortus Sanitatis, 1498) and protect pregnant women from fairies and demons.

In 1658 the English cleric Edward Topsell suggested a method of harvesting toadstones by placing a toad on a red cloth and waiting for it to cough up the stone. He advised that it should quickly be stored away before the toad seeks to take it back.

William Shakespeare referred to toadstones in As You Like It (1599),
when in Act 2, Scene 1, Duke Senior comments:

Sweet are the uses of adversity,
Which, like the toad, ugly and venomous,
Wears yet a precious jewel in his head.

Similar examples of toadstone rings can be found in the collections of The British Museum, The Victoria and Albert Museum, The Museum of London (as part of the Cheapside Hoard), The Ashmolean Museum and the Metropolitan Museum of Art in New York.