A Lady with Dog 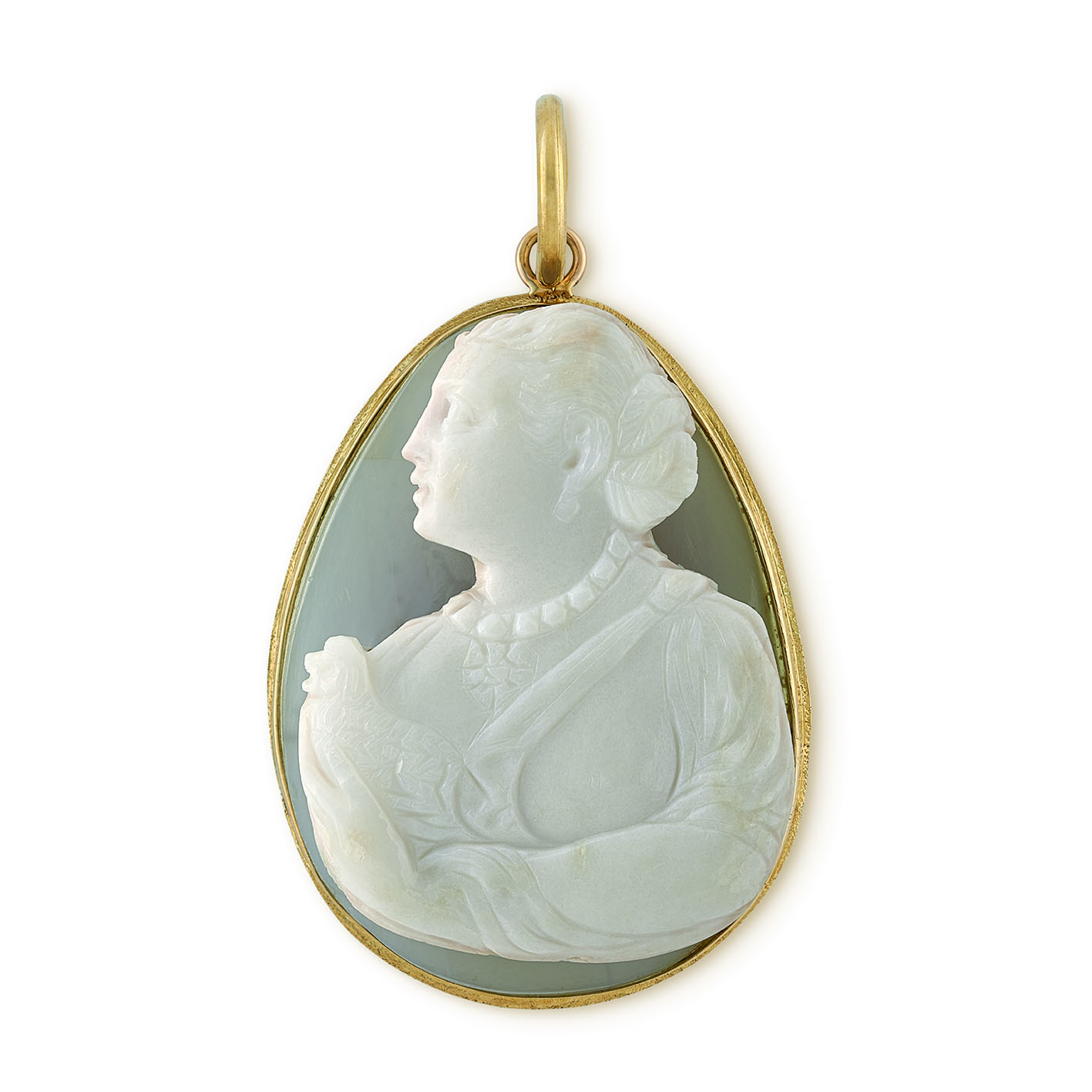 depicting a wealthy woman wearing a necklace and earrings with a sumptuous gown, her left breast exposed, supporting a small dog among the folds of her robe.

Mounted in a yellow gold pendant, circa 1800.

Small dogs feature in Renaissance portraiture as personifications of fidelity and are often used as a rebus of a wife’s devotion and faithfulness to her husband. Titian (c.1490-1576) includes small dogs in a series of paintings of the goddess of love Venus, no doubt using them for a similar purpose as a symbol of fidelity.

In the ‘Venus of Urbino,’ the goddess is depicted reclining naked on a bed with a dog asleep at her feet. In the ‘Venus with the Organist,’ she strokes an affectionate dog which is leaping up to her. In Titian’s paintings, Venus is depicted as a wealthy woman, reclining on a bed of expensive silks, wearing jewels. It is therefore possible that the figure portrayed in this cameo is a Renaissance representation of the goddess or at the very least is certainly intended to evoke her virtues. Her conspicuously bare breast, a focal point of the composition, is a symbol of fertility, a virtue associated with the goddess.

Another gem dating to 16th Century which also depicts a woman holding a small dog can be found in the collection of Her Majesty the Queen (No.:RCIN 65860).