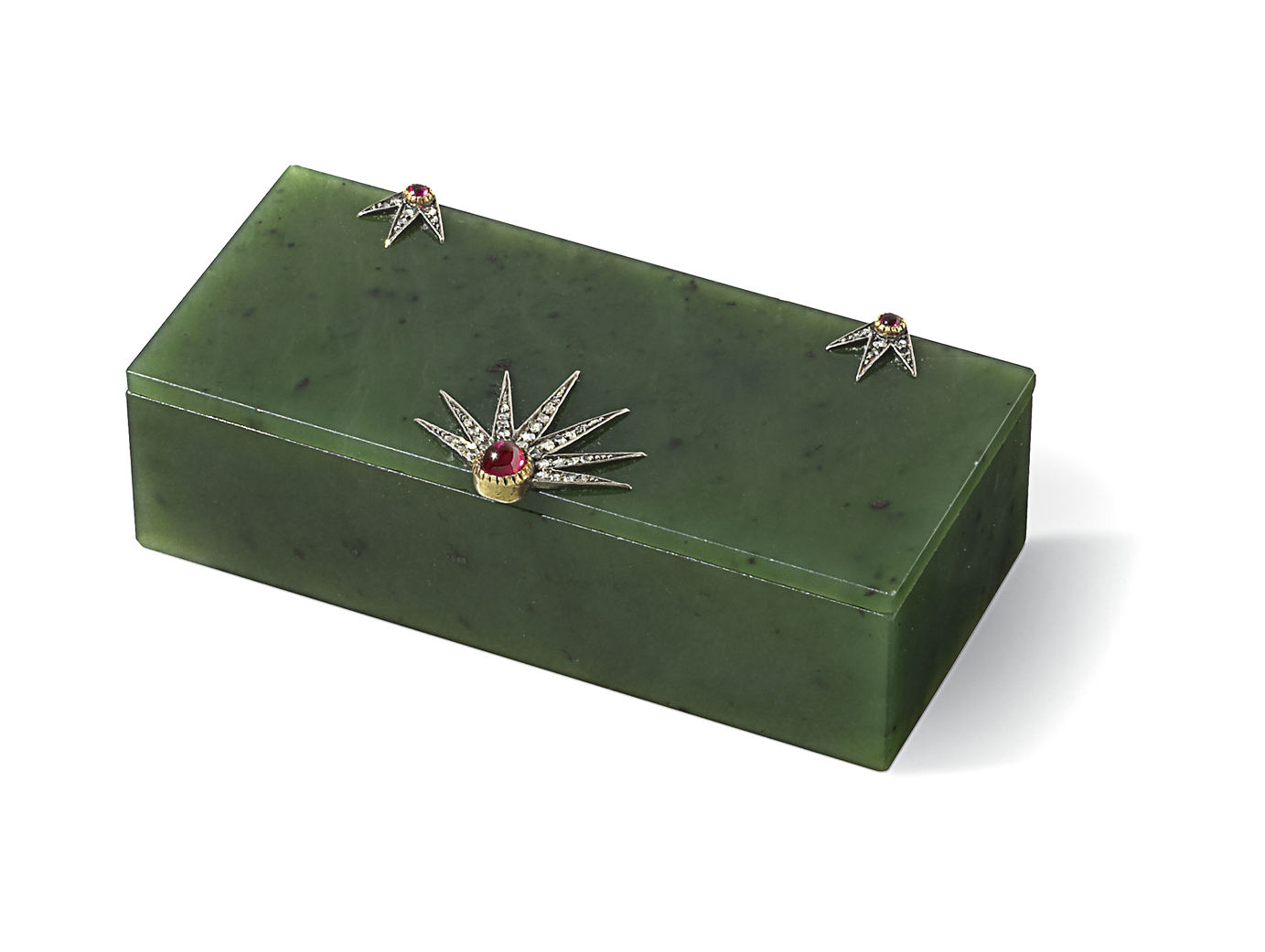 rectangular, the body carved from a single block of Siberian Jade (nephrite) with three slanted compartment for stamps within, the hinges and thumbpiece rose diamond sunbursts emanating from cabochon rubies.

Fabergé sourced nephrite, also known as Siberian Jade, from the wilderness outside of Irkutsk in Siberia, where it was found in vast boulders. The only way to retrieve these was during the winter when the ground was frozen. They were pulled on sleighs, floated down rivers and rolled on logs until they met a road. The boulders were then taken to St. Petersburg and placed in the courtyard of Fabergé’s building at 24 Bolshaya Morskaya. His lapidaries would descend from the surrounding workshops to take stone from the boulders to work on.