A Hardstone Cameo of Napoleon Bonaparte by William Brown 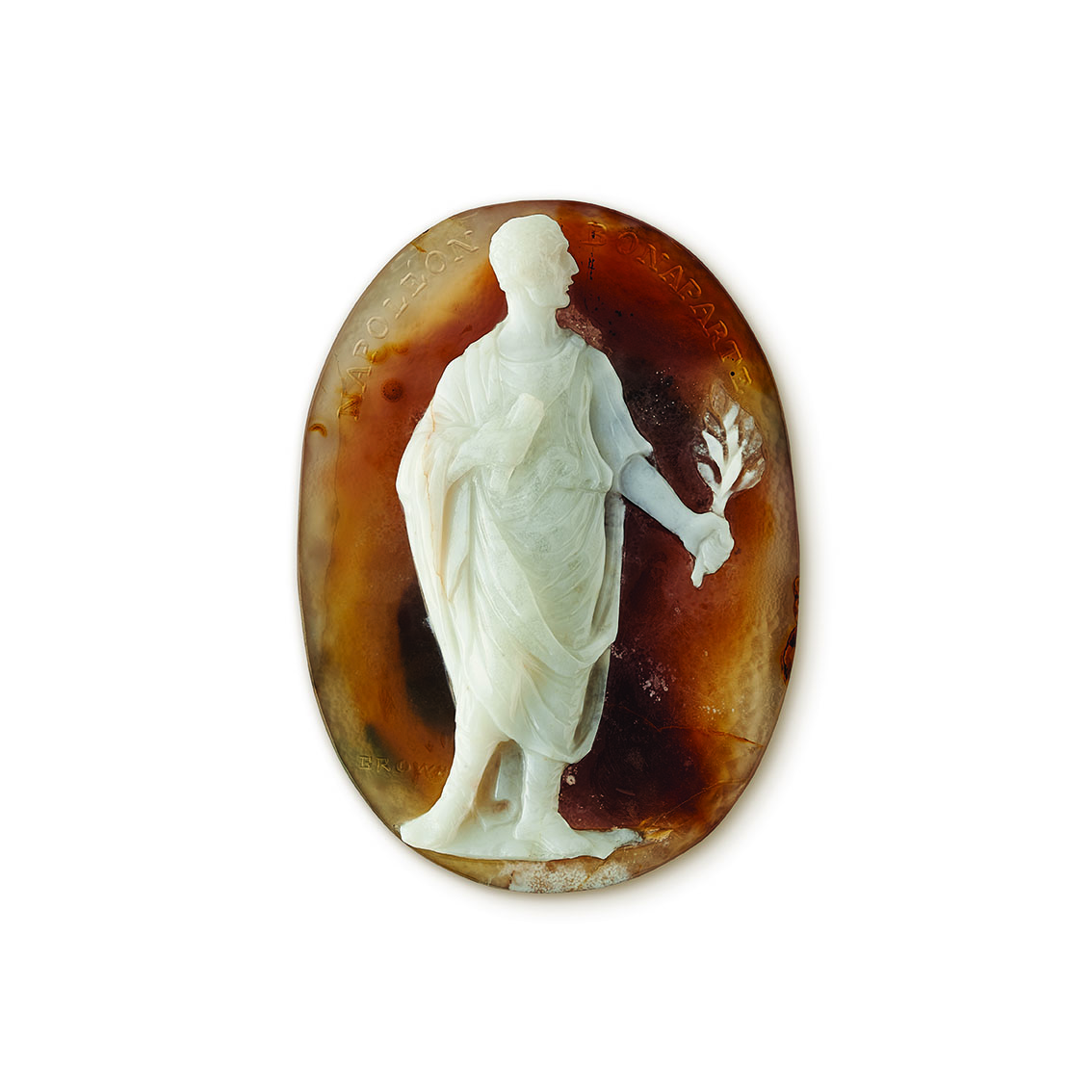 carved in a translucent brown and white sardonyx, a right facing figure of Napoleon in the attire of a Roman senator, holding a scroll in his right hand and a branch of laurel leaves in his left, all carved on a mottled brown background, engraved NAPOLEON BONAPARTE at the top.

William Brown is listed as having exhibited a gem of ‘Bonaparte when First Consul’ at the Royal Academy in London in 1824. It is possible that this cameo may be that same gem. Napoleon Bonaparte (1769-1821) became First Consul of France in 1799. William Brown first exhibited in 1766 at The Society of Artists, showing a head of Ganymede.

Interestingly he described himself as a sculptor. He also showed in 1767 and in 1770 he exhibited for the first time at the Royal Academy, describing himself as at this point as a gem engraver. The Browns’ most significant patron was the Empress Catherine II of Russia, who acquired more than two hundred gems from them over a ten year period. Between 1786 and 1796, they worked almost exclusively for the Empress,
apart from a short period in 1788 when they travelled to Paris at the request of King Louis XVI to become engravers to the French court.

During their time in Paris they met the great French gem engraver Jacques Guay. In 1789, with the onset of the French Revolution, they returned to London. In 1791 they completed a series of engraved gems portraying the Kings and Queen of Britain for Empress Catherine the Great.

After Charles’s death, William went on to create a similar series of French monarchs for the Russian empress.