A gold bracelet by Phillips Brothers 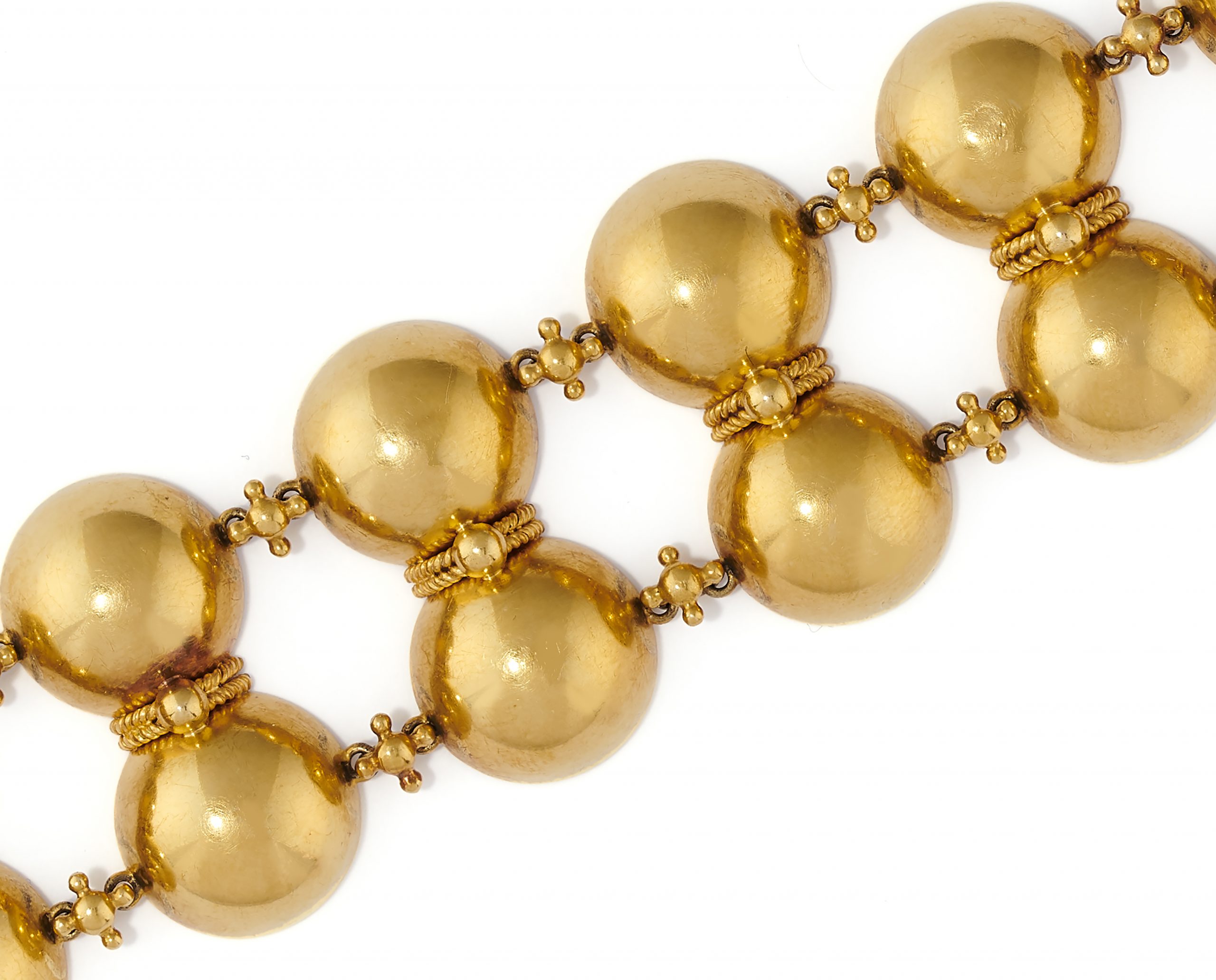 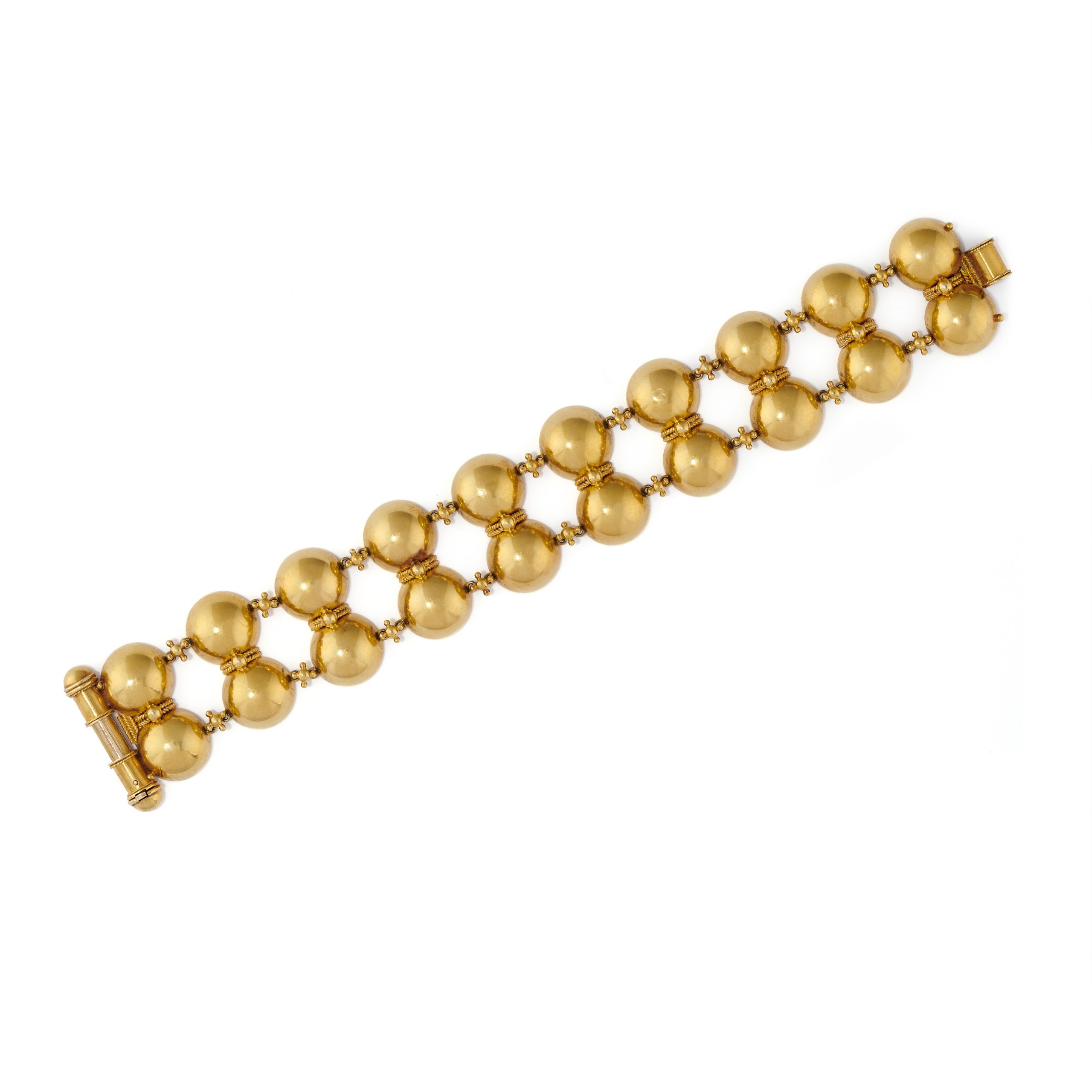 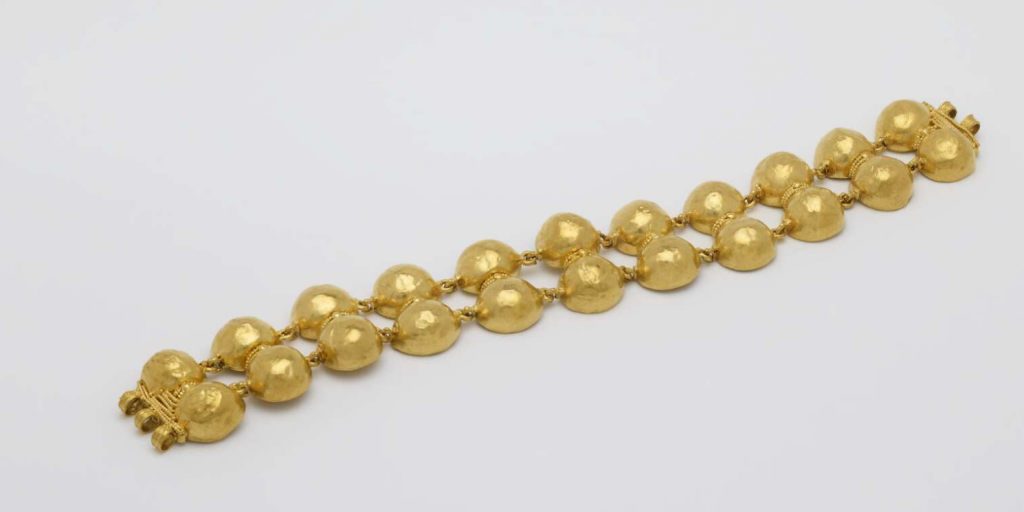 An engraving of a Pompeian bracelet, excavated at the “House of the tragic poet”, was published in 1854  in “Le Case e Monumenti di Pompei” by Fausto and Felice Niccolini (Vol. I – Tav. III).

Phillips Brothers (Phillips Brothers and Son from 1869) were famous for their beautifully crafted jewels in the archaeological and renaissance tastes. The firm was established by Robert Phillips and his brother Magnus in 1839. They traded from 31 Cockspur Street in London until 1855, when the firm moved to number 23.

In his ‘Notes and Sketches on the Paris Exhibition 1867,’ G A Sala wrote:

“In the production of Etruscan jewellery I have already said that he [Phillips] ranks with Castellani…Mr Phillips’ specimens of ‘classic’ jewellery might have been newly exhumed from the sepulchral jewel box of an Etruscan prince.”

He was decorated by the King of Naples for his service to the coral trade and included among his customers Albert Edward, Prince of Wales (later King Edward VII) and John Campbell, Marquess of Lorne (later 9th Duke of Argyll). Lorne commissioned  a tiara of buds and bog myrtle for his wedding to Princess Louise in 1871. The firm also famously completed a gold mounted parure for Sir Austen Henry Layard to give to his wife on their wedding day in 1869, made from Assyrian hardstone seals the archaeologists had discovered during excavations in the Middle East (now in the British Museum, no.:105115).